Katlin Mathison takes music very seriously. The singer-songwriter, who performs under the moniker Okay Mann, started out with typical high school rock band gigs in his hometown of Brandon. But, after graduation, he took things to a new level.

“I studied jazz and classical composition at Grant MacEwan University in Edmonton,” Mathison says. “After that, I auditioned for and got into the Liverpool Institute of Performing Arts in England. Something like two or four per cent of people who audition are accepted, so I was very lucky.”

Mathison majored in songwriting and music production in Liverpool. As a songwriting major, he spent time in one-on-one lessons with the school’s founder, Paul McCartney.

In Liverpool “there was a lot of focus on the business of music,” Mathison says. “Planning your career, cash flow, managing contracts, copyright law. Actually, how to just not be broke.”

Despite plenty of gigs backing up other musicians in England and nearby Norway, it was the emphasis on not going broke that brought Mathison back to Manitoba.

“I was way in the red from school,” he says. “I thought, ‘If I’m going down this precarious career path, I’d better get the wheels turning at home.’”

That home is one he shares with two other musicians, The Middle Coast’s Dylan MacDonald and Fontine Beavis, who recently moved to Winnipeg from Brandon.

“There’s three of us in a seven-bedroom house,” Mathison says. “We have two demo studios, a jam room (and) an acoustic writing room. I can be upstairs recording violins, Dylan can be having an actual band practice and Fontine can be writing all at once.” 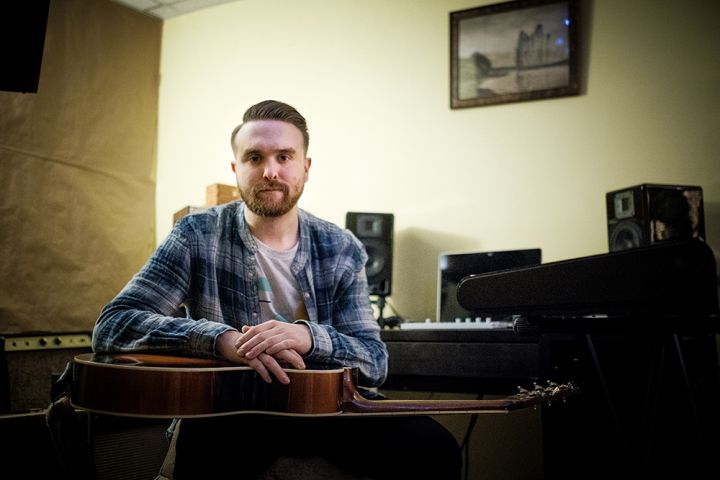 “This is kind of my home base, my workspace. It’s very much Okay Mann central. This is where I keep all the wireless systems we play with live, all the merch stuff I bring, guitars, suitcase drums, pedals, microphones, T-shirts.” 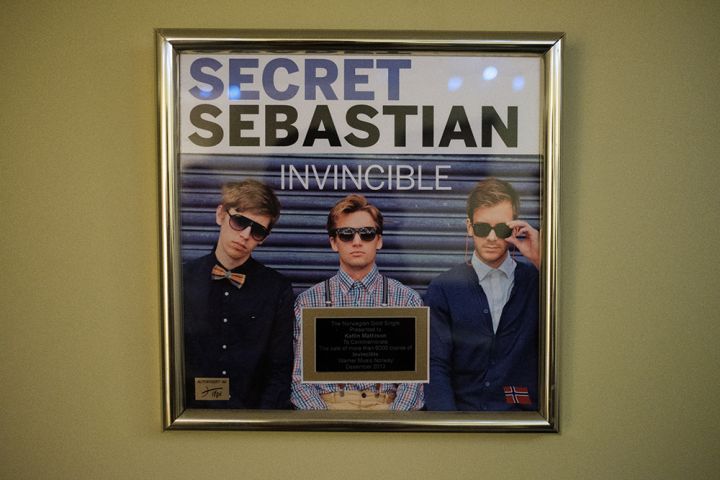 “When I was in school, I started getting connections in the industry in Norway, because Liverpool wasn’t very far. I still ghostwrite some rap and send it overseas, or I write pop tunes that I wouldn’t generally sing and send them to Europe. I did a few of those when I was in school, and some of them ended up doing fairly well.” 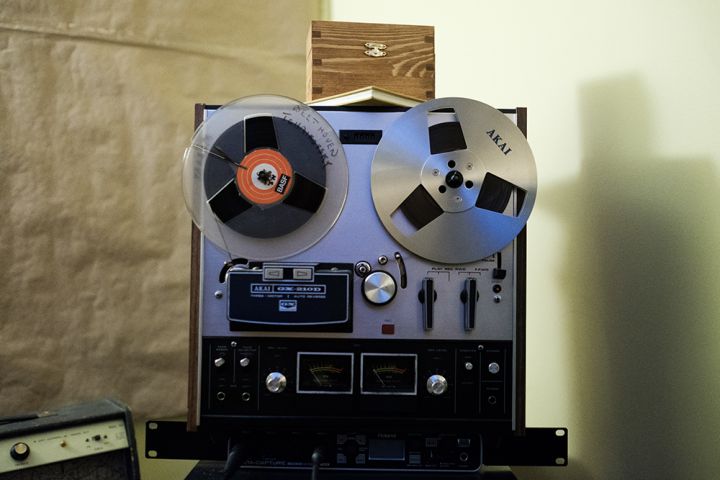 “I released an EP a couple months ago called Little Mersey. It was recorded using this, partially here and partially in (Europe). A buddy of mine who lives over there, Nils, has (a reel-to-reel), too. We were constantly using modern recording techniques, running them through this and messing with them, putting them back into the computer and sending them overseas.” 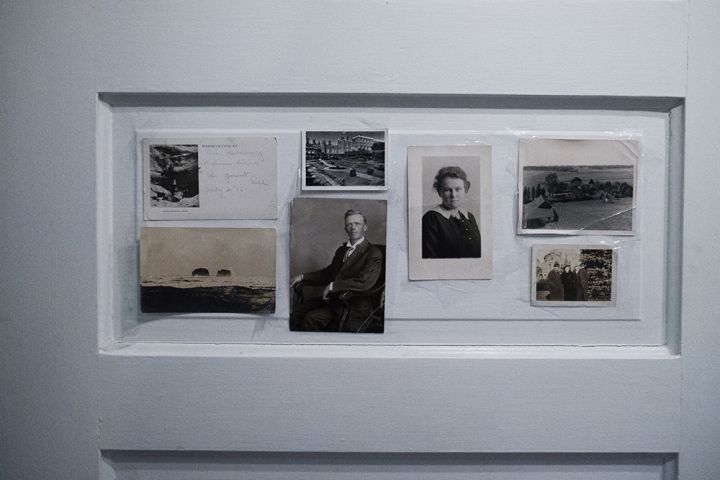 “It hasn’t been released yet, but a couple months ago, I shot a music video in Iceland. Throughout the video, I’m looking at these photographs. I just picked them up at a thrift shop in Minneapolis.” 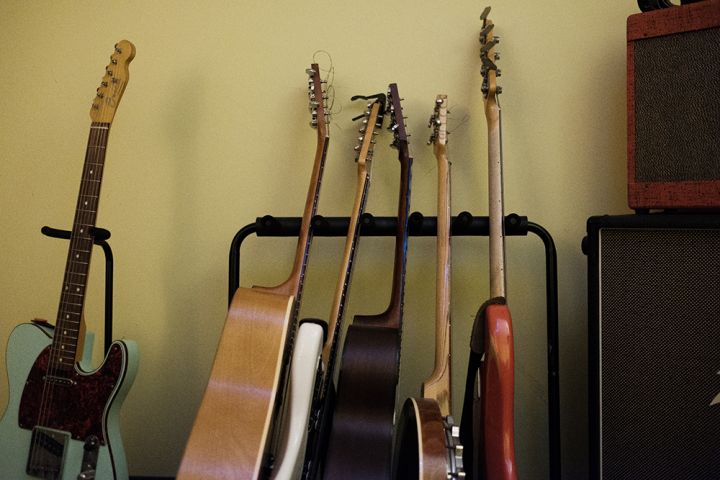 “The banjo was my dad’s from when he took banjo lessons as a teenager. It’s a tenor banjo. Normally they have five strings, but this only has four. The bass is one I used for a long time when I was touring with Micah Visser and a band I was in in high school called Effect and Cause.” 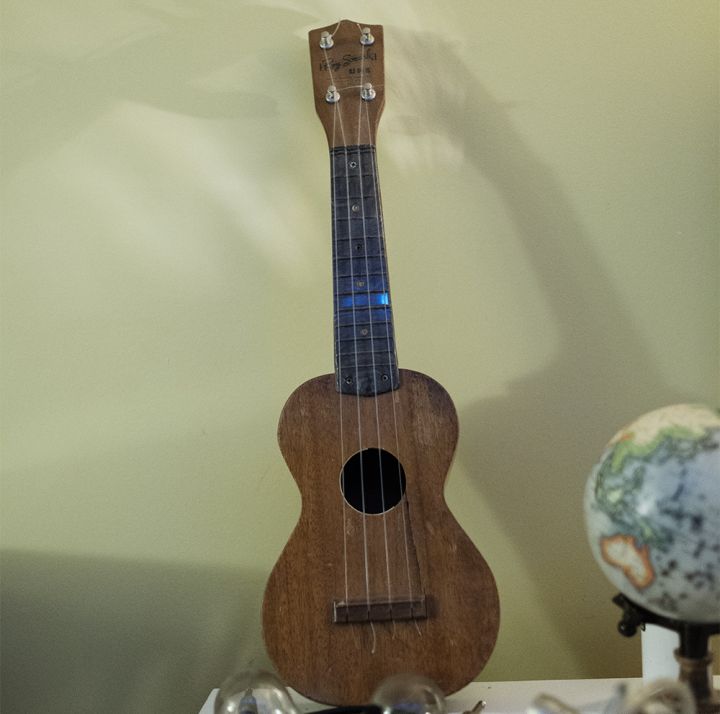 “This was my grandfather’s ukulele. It got ruined in a marshmallow fight. I was out of town for a gig. When I got home everyone was wasted, and there were marshmallows everywhere.”