Contemporary dance artist and DJ Rachelle Bourget has a simple motto for her downtown home: “Nothing new.”

“With very few exceptions, pretty much nothing in this home is new,” Bourget says. “There’s no need for it. We have so many things that can be recycled and need a second life. Even the candles are from Salvation Army.”

Bourget began training as a dancer at age 14, which in the world of dance is considered a late start. She was one of the founding members of the Nova Dance Collective, which she formed in 2011 with six fellow dancers. Her show at last year’s Winnipeg Fringe Theatre Festival, After the Cause, was her first solo work.

“It was the first time I’d ever done anything completely by myself,” Bourget says. “Created, performed, everything alone. It was really rewarding. I’m working on remounting it sometime in 2018 with (local experimental theatre company) Happy/Accidents.”

Bourget will be performing two shows back-to-back this May, something she says is a rare occurrence for an independent dancer.

“I’m working with Montreal-based choreographer Jason Martin, who’s the artist-in-residence at Winnipeg’s Contemporary Dancers,” she says. “His (show) is going to be called Beyond. The following week, I’m dancing for Hillary Crist as part of (the bi-annual arts series) art-holm.” 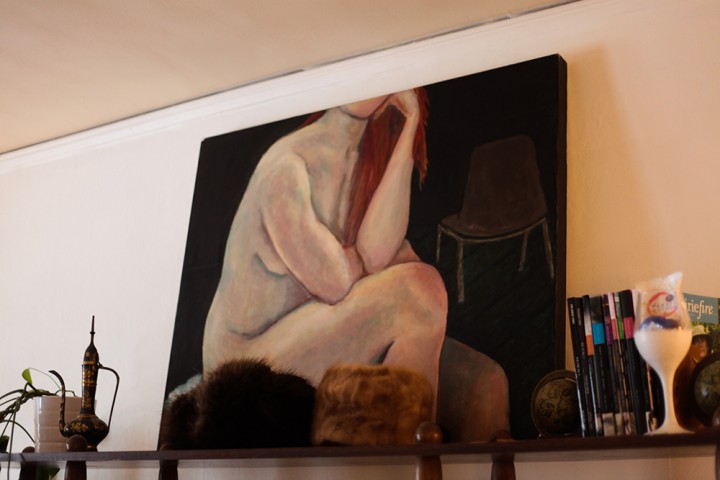 “My friend Kelsey, who was also in Nova, found this by a dumpster and took it home. I always really loved it. She was going to give it away and sent out a group text asking if anyone wanted it. I was the first to respond. I love that painting.”

The Chair of Uncertainty 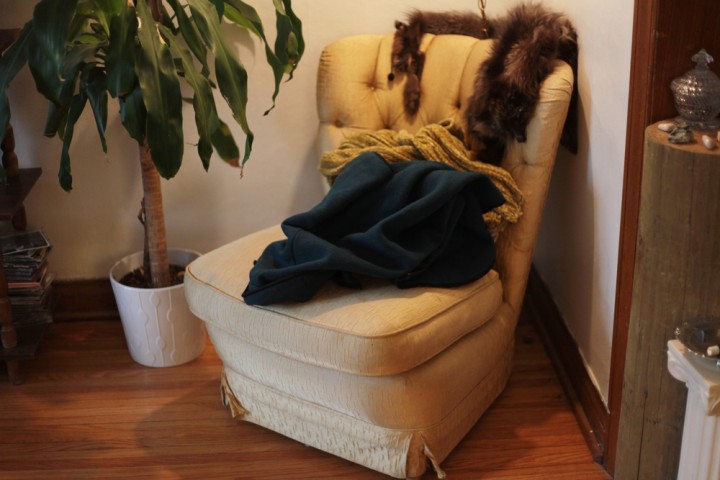 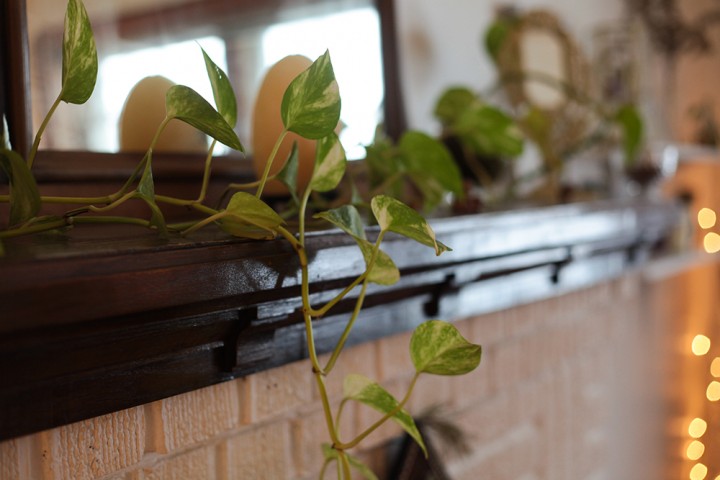 “This plant is pretty special to me. It started out as a little vine that I biked home with in my backpack, probably three summers ago. Now it’s grown into this super-long vine.” 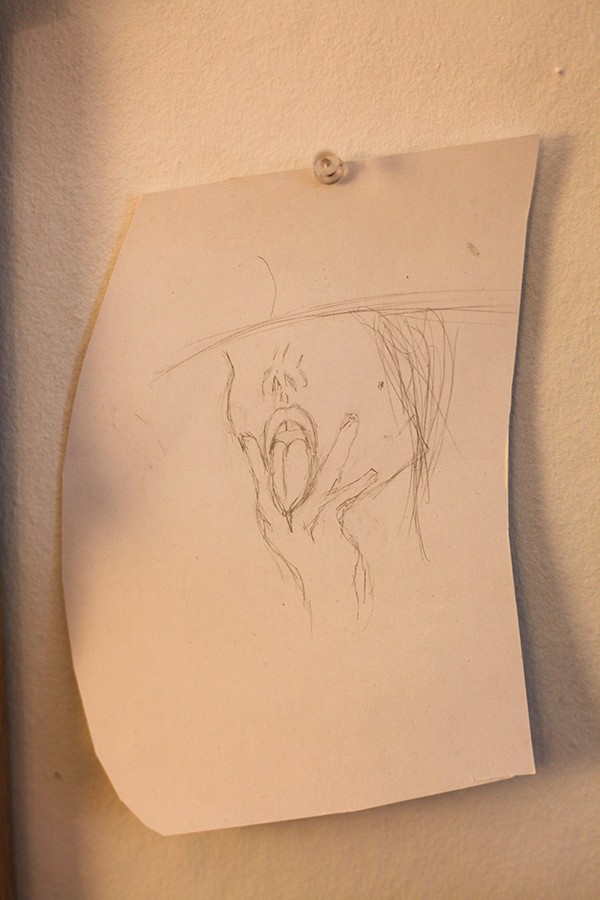 “This is my first and only self-portrait. I drew it for Valentine’s Day this year. I was making cards for some of my pals that live in the building. I was initially going to draw that for all of them, then realized it was going to be way too hard.” 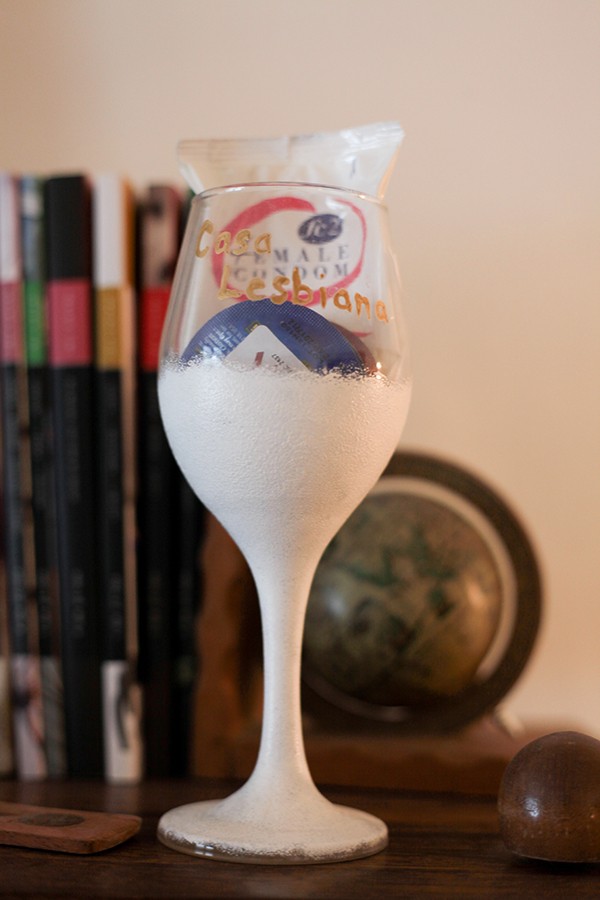 “This was a gift for one of my old roommates, Emily. This place used to be called the Casa Lesbiana when she lived here. I just put a bunch of condoms and safer sex tools in this sex-positive cup.” 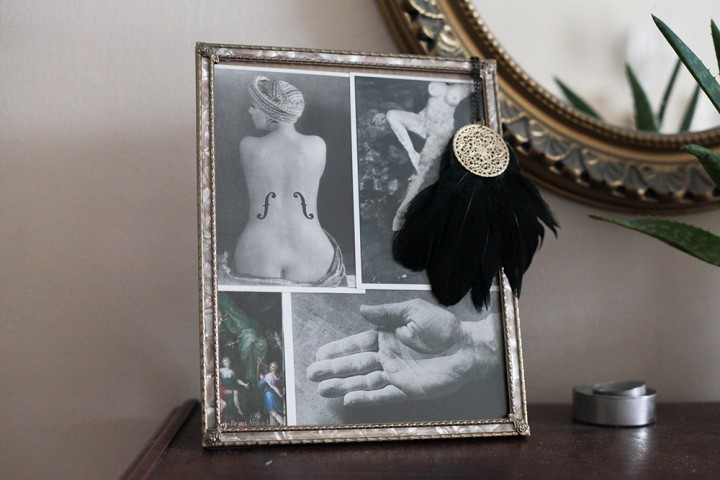 “I really enjoyed collecting handbills for a while. I was just loving the art that people were putting on them. I was working and travelling in Europe for seven months. These came from the museum in Lille and from the streets of Paris.”