“So, you’ve given up even before you started?”

These eight words changed the course of KC Adams’ life. They gave her the courage to follow her passion and saved her from a frustrating desk job in marketing.

Adams is a full-time artist who developed a keen interest in art during childhood and saw it as an avenue to express, communicate and share.

While reminiscing and occasionally sipping her coffee, she says, “I knew as a kid that I (would) probably be a creator. I didn’t know what being an artist meant then, because I had never been to an art gallery before.”

After obtaining an arts degree from Concordia University, Adams went on to work in the field of art.

Having been faced with the dilemma of choosing a stable job or following her passion early on in life, Adams currently mentors and empowers people who are at a similar crossroads in their lives. She tries to make an impact through mentoring and does so by sharing the lessons she’s learned from her culture and life.

“One of the best lessons I learnt is that there’s always going to be people with great opportunities, and you can’t be jealous. You have to recognize the fact that that’s their opportunity, and you will get a different one. You have to hold on to the confidence that you’re smart, you have the abilities, and that it will happen.”

The idea of nature and technology resonates with her Indigenous and European roots. She also continually strives to incorporate values and themes from both cultures into her art, life and home.

Adams works out of her St. Boniface home and considers it her creativity and inspiration zone.

“This is like my sanctuary, my creative area. I like to sit here (on the sofa) and weave. I can go in my kitchen and work. I work in my bed doing my administrative stuff. Every space in my home is my studio space,” she says. 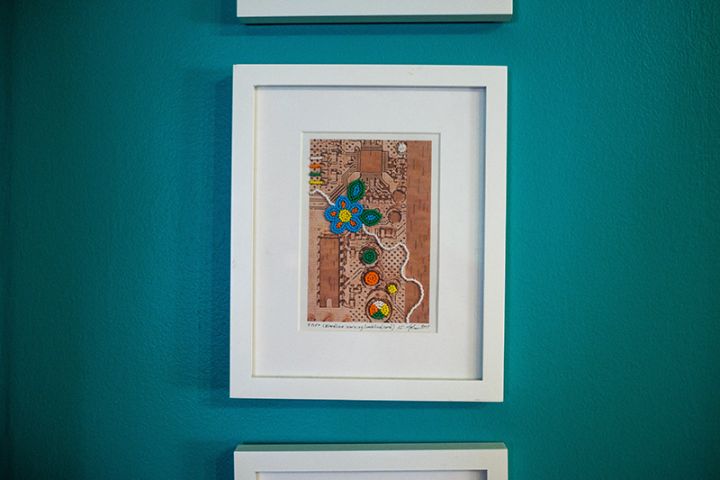 “These are my colours: blue and white for the sky, green for the grass and yellow for the sun. Instead of having four colours, I have five colours (blue, white, green, yellow and orange).” 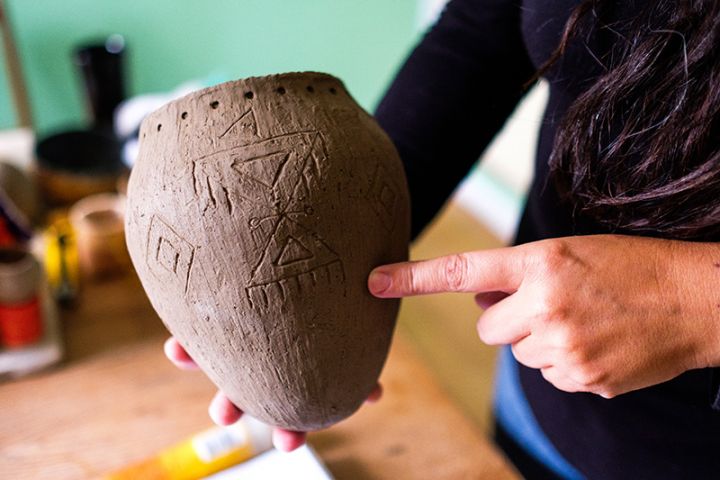 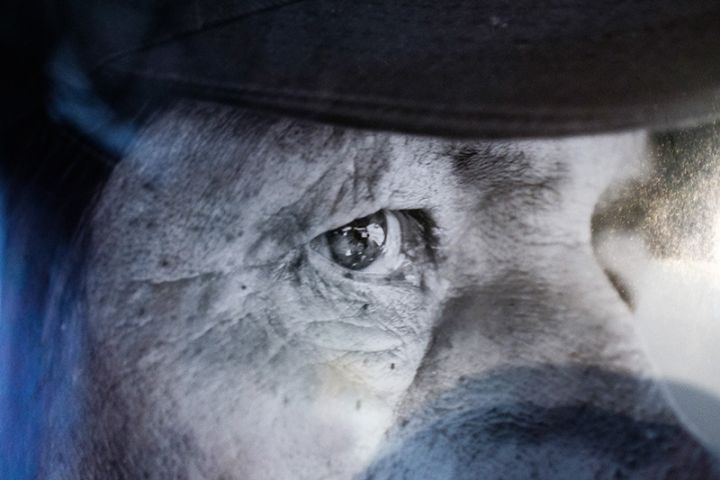 “This is Noah. He lives in Fox Lake and is a trapper. 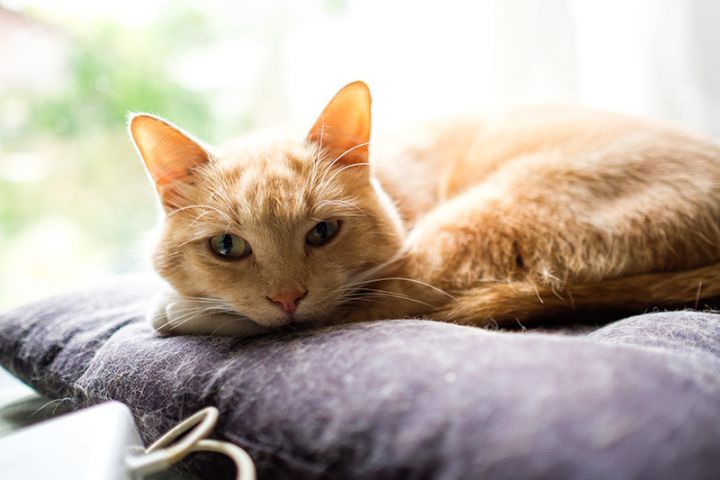 “He’s very affectionate. He loves people. We actually named him Low Key, (because he’s a) kind of chill, low-key kind of cat, but everyone was just like ‘he’s Loki, named after the god.’ It was too hard to explain that he’s chill.”