For some, record collecting is merely an obsession that leads to shrinking wallets and disappearing apartment space. But for Amanda Stefaniuk, the host of UMFM’s Mondo Hollywood, it’s also lead to years of radio experience.

The weekly show, which explores music from film and television, is now in its eighth year on the air. Stefaniuk says it all started with an obsession with records.

“I was selling records with my dad,” Stefaniuk explains, “and (host of UMFM’s Fascinatin’ Rhythm) Ray Alexander was flipping through some of my jazz records. He noticed I had a lot of movie soundtracks and said, ‘UMFM is looking for someone to do a soundtrack show. Would you be interested?’”

Stefaniuk’s specific interest in movie soundtracks began with one song in particular.

“When I was 13, I watched the movie School Ties,” she says. “I loved this song in the movie, “Smokey Joe’s Café” by The Coasters. I was going through my parents’ records and saw one had a song called “Hernando’s Hideaway”. I thought, “Is this the song from School Ties? It wasn’t. It was from a movie musical called The Pajama Game.”

Despite the error, Stefaniuk fell in love with the music from The Pajama Game, which kicked off her collection of movie soundtracks.

“After that, the first record I bought was West Side Story. And from then on, that was my life, buying soundtracks. I still have them to this day, and I’m still really excited about them.” 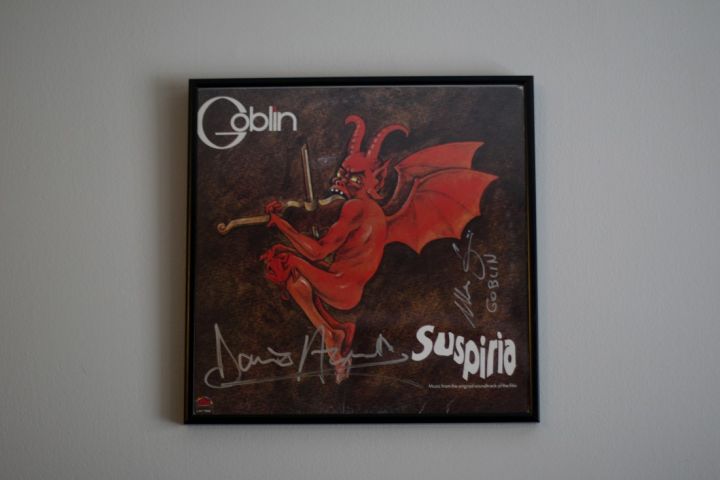 1) Autographed Suspiria soundtrack “It’s signed by (Suspiria director and cult Italian horror director) Dario Argento. I saw him in Toronto. He had food poisoning. I caught him in between barfings, and he signed my record." 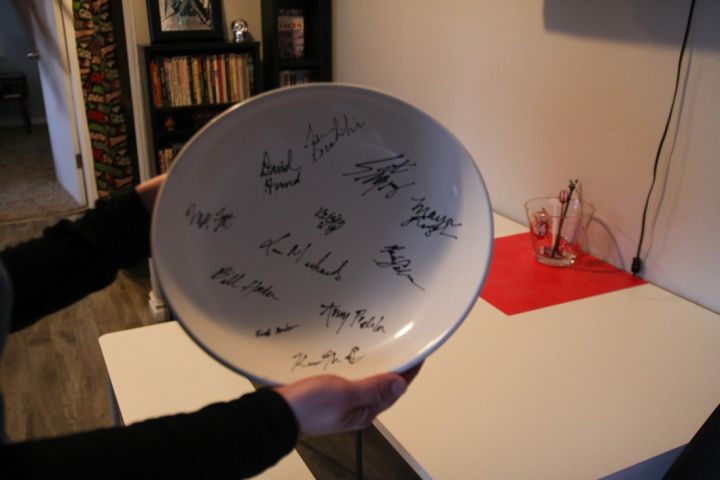 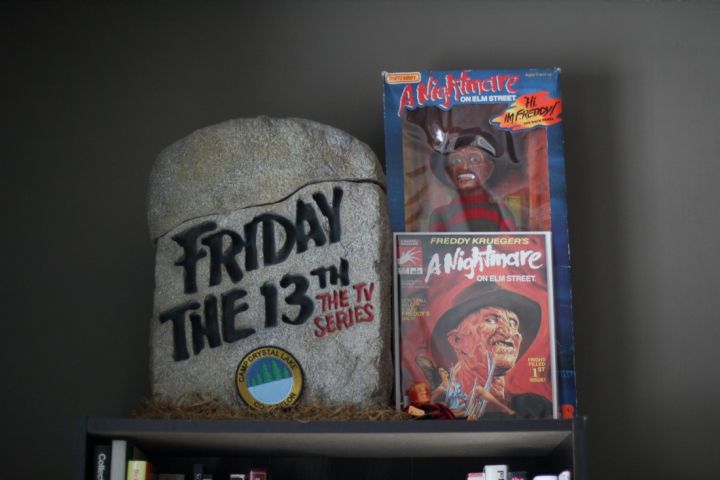 3) Friday the 13th memorabilia “The tombstone is a press kit for Friday the 13th: The TV Series that I bought in Nashville. I bought it at an antique store on my way to (Jack White’s record store) Third Man Records. It came in a garbage bag. I was planning to walk there, but the person I bought it from offered me a ride. So I just sat in this stranger’s car holding this big, heavy tombstone in a garbage bag.” 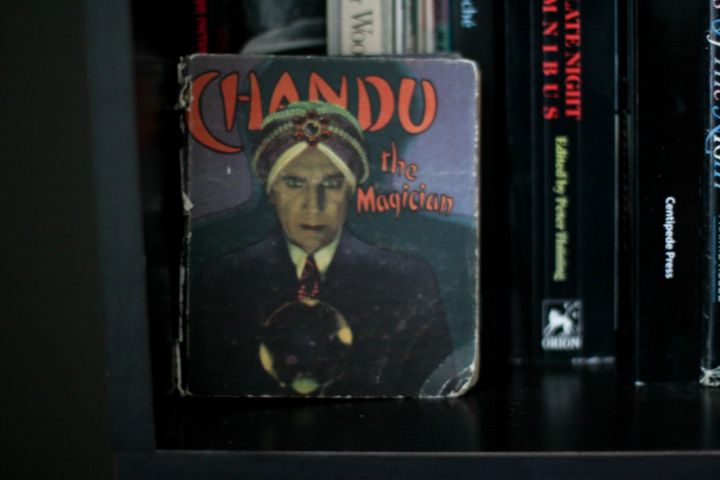 4) Chandu the Magician novelization “I also collect novelizations (of movies). This is my oldest one. It’s from 1935.” 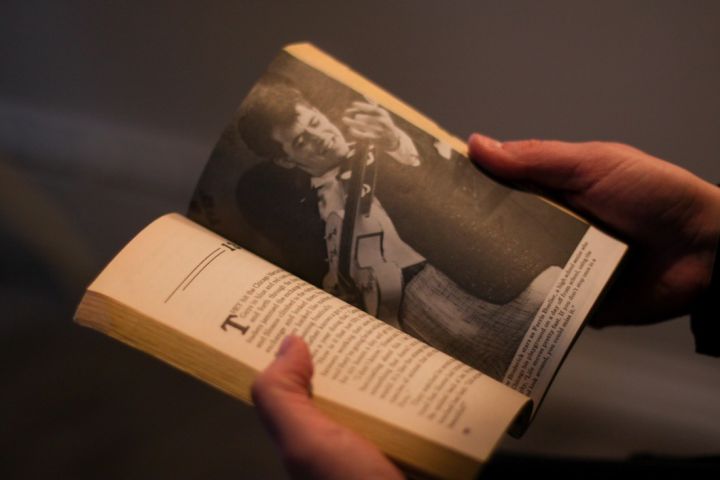 5) Ferris Bueller’s Day Off novelization “The thing about novelizations is they’re adapted from scripts that weren’t necessarily filmed. So this scene where Ferris plays guitar does not exist in the movie! There’s also a strip club scene that doesn’t actually exist.” 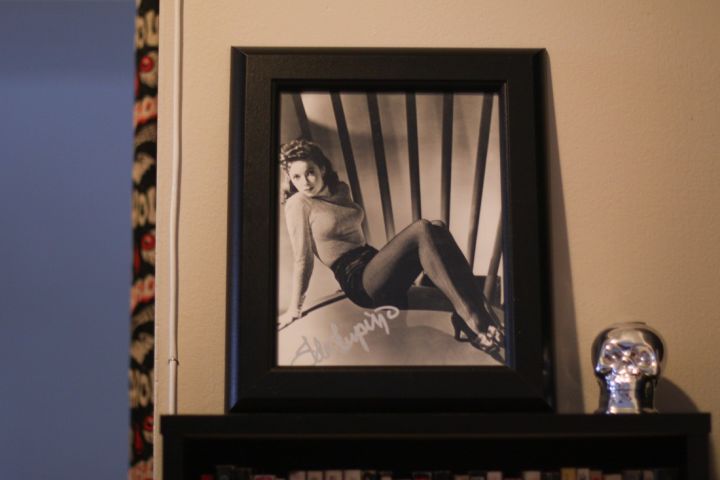 6) Ida Lupino photo “My parents met her and got her to autograph this. They used to own a video store, and every year they’d have this convention where you could go and meet celebrities. It’s pretty amazing. She was one of the first women directors. Also, she’s super cute, and I have a thing for fishnets.”