Parade continues to celebrate the holidays this year

Each winter, generations of Winnipeggers have welcomed the holiday season by watching the Santa Claus Parade pass by the streets of downtown. Although it seemed like Santa might not make it down from the North Pole this year, the parade has confirmed that everything is good to go.

On Sept. 24, after more than 60 years in use, the beloved original Santa Claus float was deemed “unsafe to travel.” The Winnipeg Parade Committee announced they were in need of $68,000 towards their fundraising goal of $100,000 to furnish a new Santa Claus float. It was also announced that if their goal wasn’t filled by Oct. 5, there would be no parade this year. What’s an elf to do?

Thankfully, Winnipeg is full of helpful elves. Following a huge community fundraising effort, the Parade Committee finally secured the funds to build a new float. Several local companies, such as Skip The Dishes and the Kinsmen Club of Winnipeg, came together to support the cause. 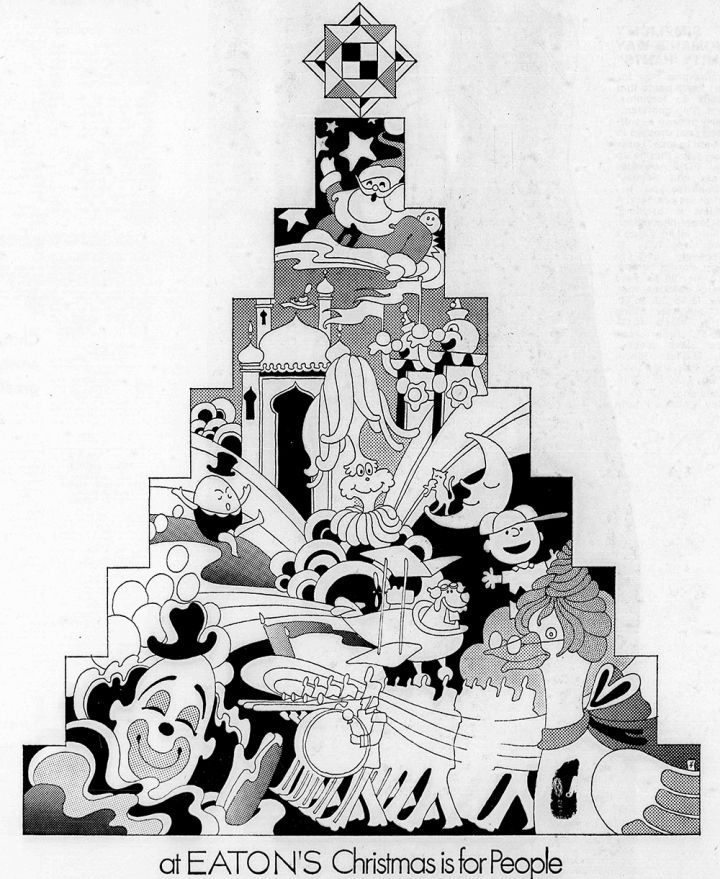 An archival ad for the parade from 1970 // Supplied

“(We) thought that it was an important part of the classic holiday season in our city,” Tim McKay, president of the Kinsmen Club, says. “It truly is something that is important to the community as a whole.”

On Oct. 4, the Winnipeg Santa Claus Parade announced they had raised $151,349 toward the float, well over their original goals.

“We are overwhelmed at how our community responded to the parade’s request for help,” Monica Derkson, the Winnipeg Santa Claus Parade director, says. “It was so humbling to hear all the heartwarming comments about how important this event is to our city.”

First started in 1909 by Eaton’s department store after enormous success in preceding years in Toronto and Montreal, the Winnipeg Santa Claus Parade has seen many floats and acts pass through its midst over the years.

Once called the “day the storybooks came to life” by the Winnipeg Tribune, the parade once included characters such as the Toyland Express and Robinson Crusoe. Nowadays, common floats include anything from The Sugar Plum Fairy to Ronald McDonald, each one bringing the spirit of Christmas to every face in the crowd.

The last parade sponsored by Eaton’s was in 1965, and it has been led by many organizations since then, including the Winnipeg Firefighters from 1966 to 1975 and Winnipeg JCI from 1975 to 2004, before finally becoming the Winnipeg Parade Committee in 2012.

In 1987, the parade began working with the Christmas Cheer Board and now collects non-perishable food donations along the parade route. Though it’s been through a lot of changes over its lifespan, the Santa Claus Parade is synonymous in Winnipeg with Christmas cheer and festivities.

Indeed, the support from all around the city helped ensure that the parade is here to stay. The new Santa Claus float will make its way down the streets on Nov. 17, bringing with it the spirit of Christmas, and, this year, resilience.