Popularity of tea is growing

Tea is hot, and local shops are opening all over town to meet the demand.

Last year, the Amsterdam Tea Room opened on the corner of Bannatyne Avenue and Albert Street as a tea retail store with plans to eventually expand its purview into a tea room.

“Our plan was always to do a licensed tea room for spring/summer of this year, but when we found this space, we had to move fast,” co-owner Mark Turner says.

With the licensed tea room, Turner says their intention is to cultivate a European street cafe culture locally.

“You can come in and relax. You can have a tea or a tea cocktail and just sit and watch the world go by,” Turner says.

Joy’s Tea, located on the corner of Westminster Avenue and Evanson Street, opened a month ago, and is a tea-only cafe with a ’60s glam aesthetic.

Owner Jesse Keeper says he wanted to open a tea shop in Winnipeg partly because there was nothing like it around, and few local cafes cater specifically to tea drinkers.

“I personally don’t want to go out for tea at the end of the night and have to choose Red Rose,” Keeper says. “For the variety, you could go to David’s Tea, but you are in and out in a food court. It’s not somewhere that you can go and relax or meet someone.”

According to Turner, research shows a lot of people are starting to feel this way. He says he learned at the 2016 World Tea Expo that over the last five years in North America, there has been a shift: millennials now split their hot beverage consumption 50-50 between coffee and tea.

Turner says predictions are in favour of tea consumption winning out over coffee in the next five years.

“Part of the reason for that is people love the choice available in tea. Of course there is choice in coffee, but the spectrum is a lot narrower,” Turner says.

The health benefits of tea, both obvious and unexpected, are another reason for this shift.

“I feel like people are also trying to get off of coffee,” Keeper says.

Turner agrees, noting that customers who are habitual coffee-drinkers will still have that morning cup but then transition into drinking a variety of teas throughout the day and into the evening.

Turner has also done research on the benefits of tea drinking as a contemplative, restful practice.

One last piece of advice when wading into the world of tea: always ask for the backstory.

“A lot of teas are surrounded with mystery and legend,” Turner says. “We have a good story about most of our teas.” 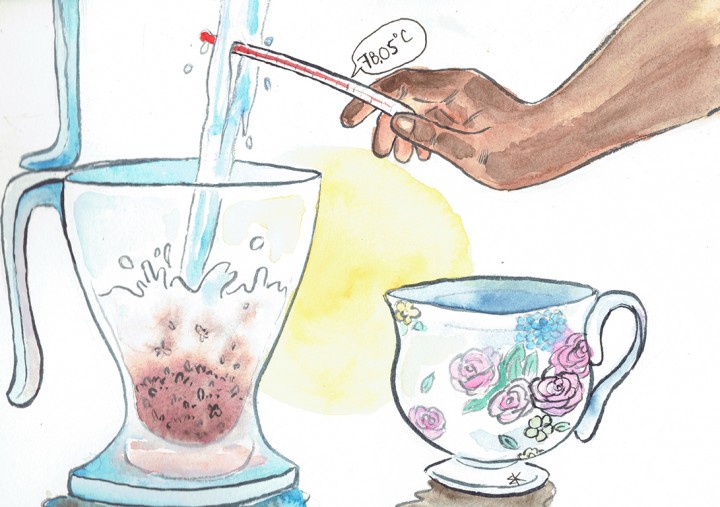