Go for a scream this Valentine’s Day at convention 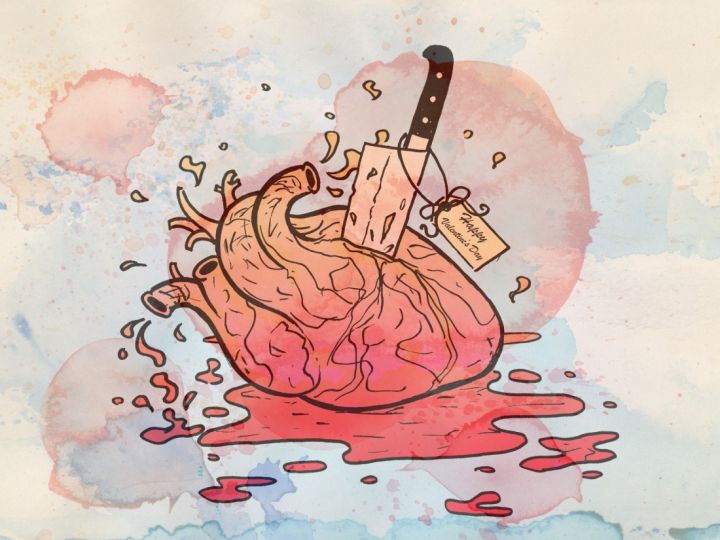 Haunts and horrors can be romantic too, right? Or they don’t have to be at all.

The St. Valentine’s Horror Con can be about making your heart race, instead of grow, and pump with adrenaline at the scares you’ll see, including what’s inside the beating organ: blood and gore.

“We had a lot of interest in the horror genre with our fans,” Paille says. “Nobody cares about Valentine’s Day anyways. Like, what were we going to do on Valentine’s Day? A horror convention of course!”

With everything in the horror genre being tied up around Halloween, Paille explains this time of year is a perfect opportunity to showcase the scares Winnipeg couldn’t otherwise land around Oct. 31.

“With everybody that’s been getting involved, the buzz has been so huge,” Paille says. “Everybody just seems to be really excited about it.”

Expect to see a variety of scary features from living statues, to a lurking Michael Myers, to a booth where you get your photo taken with Leatherface from Texas Chainsaw Massacre, to an encounter with the wandering undead.

“There’s a zombie factory,” Paille says. “You can be made into a zombie for 10 bucks. There’s also going to be some zombie lingerie models walking around.”

Speakers at the convention include names like Kane Hodder, who played the character Jason from the Friday the 13th movies, along with Marlin Marynick, who met Charles Manson and wrote a book on him titled Charles Manson Now.

Marynick has quite the story to tell about meeting Manson, and says he’s one of the most complicated people he’s ever met.

“People like Manson are fascinating because there is a level of celebrity, notoriety and, most importantly, they are real, living nightmares,” Marynick says. “People like him force you to think differently. They tend to bring up all kinds of questions and fears.”

Marynick says a horror convention is a great place to answer these questions and meet like minded people while also giving a good fun dose of feeling eerie.

“People like to be scared,” Marynick says. “I think it’s a primal thing that goes back to telling stories around a campfire. It’s part of being human. This convention is a celebration of that.”

As far as finding love goes at a place that celebrates fear, it’s not completely impossible, Paille says.

“Years ago, there was an older couple that both brought their grandkids to comic con,” Paille says. “They got along really well and had similar interests and now travel together all the time. It was really fantastic just to see how different groups of people could come together. You never know, people might find love at a horror convention.”

Whether looking for love, or fear, or just wanting to dress up in horror garb in February, St. Valentine’s Horror Con goes far beyond the usual Valentine’s Day date.

“If anything, they’re just going to bring their dates to a horror convention instead of bothering with the roses and candies or whatever,” Paille says. “Inject some horror into your romance.”

St. Valentine’s Horror Con will happen at the RBC Convention Centre Winnipeg Feb. 13 and 14. Tickets are available on Ticketmaster. It’s $10 for a one-day pass or $18 for an all-weekend pass. Children under five are free.