U of W has supports for affected students, but no ceremony organized

On Jan. 8, Ukraine International Airlines flight 752 was shot down by the Iranian military minutes after taking off from the airport in Tehran. Fifty-seven Canadians were among the 176 passengers killed in what has been called a “Canadian tragedy” by Prime Minister Justin Trudeau.

Many of the victims were associated with universities across Canada, including the University of Manitoba (U of M), where remembrance ceremonies have been held in the past weeks.

Erfan Hardanian, an Iranian first-year biochemistry student at the University of Winnipeg (U of W), says “it was just awful,” when he first heard about the crash, citing confusion over what happened as exacerbating the situation. 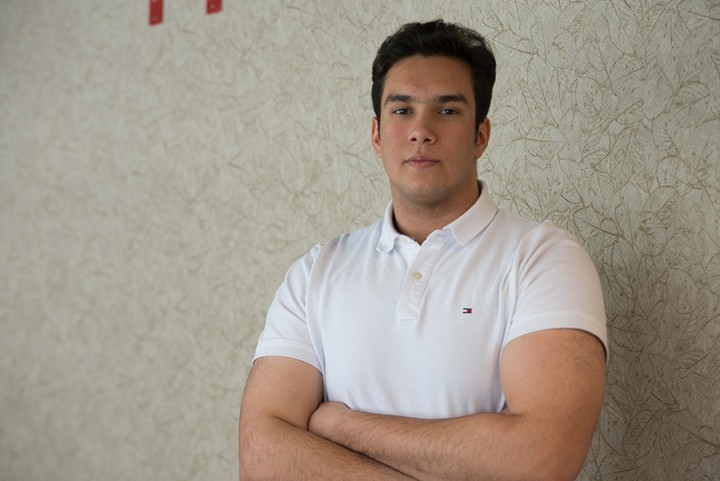 Erfan Hardanian, an Iranian first-year biochemistry student at the U of W, says that faculty and staff have been ”supportive and there to help“ Iranian students after the Tehran crash that killed 176 passengers. // Photo by Keeley Braunstein-Black

Hardanian does believe, however, that the Government of Canada has made some encouraging moves toward supporting the victims of this tragedy. Recently, Trudeau announced that the federal government will give each victim’s family $25,000. He has also promised to “expedite visas and waive fees.”

In a letter to the Prime Minister, the Iranian Canadian Congress, a non-partisan organization, praised him for “committing to bring accountability, transparency and justice for families of the victims as well as working towards a peace that help ensure that such a tragedy will never happen again.”

Hardanian says that U of W faculty and staff have been “supportive and there to help.”

“They’ve been asking around for me, as an Iranian student,” he says, though he wishes more students were better informed about the tragedy.

“Because there wasn’t any memorial, many of the students don’t know what happened so they (can’t) really do something,” he says. “If we would’ve had some memorial to just tell people what happened, they maybe would show more support or help the families in some way.”

The University of Winnipeg Students’ Association (UWSA) issued a statement offering their “deepest condolences to everyone who lost loved ones in this tragedy.”  The UWSA encouraged students to “use the wellness resources found on campus and in the community.”

At the U of W, supports are in place to help students cope with events like these. Student Wellness offers free counselling to anyone “currently registered at UWinnipeg in an undergraduate or graduate program; the English Language Program; or in Professional, Applied and Continuing Education,” according to their website.

While counselling is the main service offered by Student Wellness, they also offer other resources, such as wellness tips and health services (Klinic on Campus) and organize events on campus such as Thrive Week and Bell Let’s Talk Day (upcoming on Jan. 29).

For more information on the U of W’s Student Wellness services, visit uwinnipeg.ca/student-wellness.