In with the new

Technology is changing the university 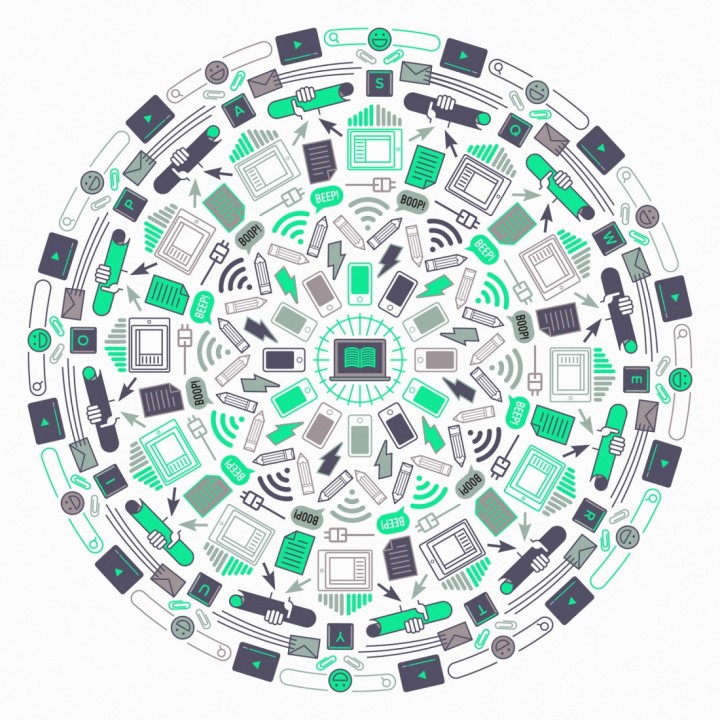 In this day and age, you’d be hard pressed not to find a student carrying a laptop, smartphone or MP3 player around campus.

From phone charging stations in the University of Winnipeg (U of W) library, to online lectures and student portals like Nexus, the university is embracing changes and using technology like never before.

“It’s a rare class that I don’t use technology, even just a bit,” U of W professor Dr. Sheila Page says. “I try to balance what I’m saying with examples that I draw from the Internet or on a PowerPoint.”

Technology has made it easy for professors to post handouts and course readings on the web, creating a fast and convenient educational vessel for students to access.

Garbonzo’s Pizza Pub even lets you play games through your smartphone every Wednesday night for a pizza prize.

Page thinks that we are becoming a culture that is constantly plugged in, but is the digital revolution changing campus life for better or worse?

Mark Bauerlein, author of The Dumbest Generation: How the Digital Age Stupefies Young Americans and Jeopardizes Our Future seems to think that today’s digital generation is becoming insulated in its own stultifying cocoon of illiteracy.

The way he sees it, something new and disastrous has happened to the poorly contextualized brains of youth with the arrival of the instant, go-go-go digital world.

While that may be the case for Bauerlein, his view doesn’t dismiss students’ belief that technology is just convenient, and provides an ongoing connection among students and faculty at universities.

“I once had online lectures and those were nice. I didn’t have to go to class or wake up early, I could just have a marathon of biology class in my living room,” U of W student Jena Morris-Boissonneault says.

Amid the benefits, U of W students Ashlyn Peterson and Janel Hay argue technology in education can pose problems and cause frustration for many students, mainly having to do with its quality and consistency.

“I think (classroom technology) has good intentions, but the quality of it right now isn’t effective. If I don’t get a handout in class, I’m not going to do the online reading. Sometimes it’s not used to its full potential,” Peterson says.

“Sometimes the Wi-Fi doesn’t work very well during ‘high traffic’ times, such as the lunch hour. That could probably be improved,” Hay adds.

We can love it, hate it, or love to hate it. But Bauerlein is right to say that a new culture is emerging. The digital screen is slowly replacing paper and pen, changing the way young people engage with information and the obstacles they face in integrating it in a meaningful way.