Sometimes community is built through a combination of habit, routine and convenience. Returning to the same place over and over again, and seeing the same familiar faces, can help people develop a sense of belonging.

This sense of place is at the centre of sociologist Ray Oldenburg’s concept of a “third place.” This is different from home (a first place) or work (a second place). Third places can include coffee shops, corner stores, laundromats, bookstores or really any place that people gather informally.

Though there are many options for third places, some Winnipeggers pick favourites and earn the status of a regular in little spots across the city. The third place compliments their life, fills a gap or meets a need.

Kenneth Castillo attributes his repeated visits to the Neighbourhood Bookstore and Cafe to “mental health reasons.”

“I don’t know if you’ve ever had the feeling that you’re at home and you kind of feel like you’ve been at home for too long, even if you’re just relaxing or something. It starts to feel like a box or a prison,” Castillo says.

Others, like Stephen Muirhead (who regularly visits barber Avi Waldman), look to the third place for the chance of meeting up with others.

“It’s more social than anything else. There’s usually other people in the space as well that are waiting to get their hair cut. I love the communal atmosphere that it brings about,” Muirhead says.

Third places, and the people who inhabit them from time to time, help build community and sustain democracy, Oldenburg says.

“(T)hese spaces promote social equity by leveling the status of guests, providing a setting for grassroots politics, creating habits of public association, and offering psychological support to individuals and communities,” Project for Public Spaces says on their website.

In turn, regular Winnipeggers’ patronage becomes part of the culture of the place and part of the community built around it.

Some third places make a point of creating a welcoming atmosphere to encourage regulars.

“Fostering connections with people, creating an inviting space for people to come and relax is important,” Josh Davison, barista at Fools + Horses, says. “We try really hard to create a welcoming environment, and that looks like not being pretentious-barista-types and catering to everyone's specific needs or dietary restrictions and doing so happily.” 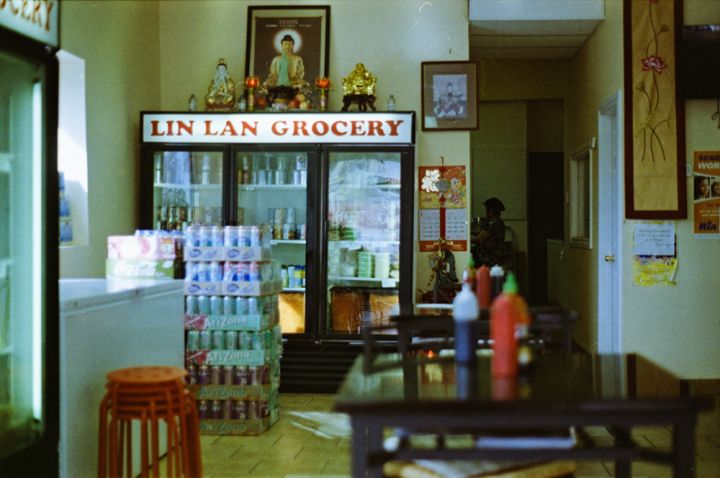 Osani Balkaran comes to Lin Lan Grocery on Ellice Avenue for the atmosphere. “Even when I come by to pick up something small, the staff always remember my name. I like supporting Lin Lan Grocery as opposed to supporting my neighbourhood Tim Hortons,” Balkaran says. “The Tom Yum soup is my favourite thing to order when I've had a bad day.”

For Balkaran, Lin Lan’s a third place that offers reprieve from work and creative life. “I recently turned my home into a studio to make music out of, and I have a full-time job. Both can be kind of overwhelming at times,” he says. “When I'm making music all day and dealing with frustrations related to that, or when my room is getting messy, and I feel overwhelmed, I come here to get a little peace away from my messy place.” 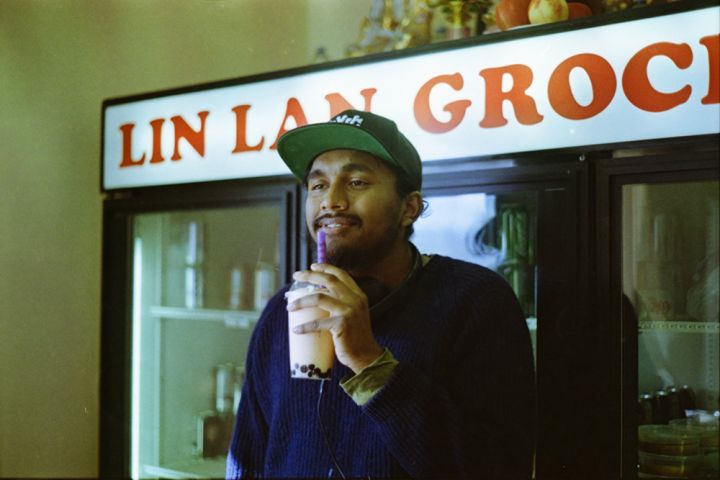 This grocery store is a peaceful space for Balkaran. “I'll order a sandwich, get a bubble tea and listen to some music and space out. When I need to pause everything and reset, I think ‘hold up, let's go to Lin Lan.’” 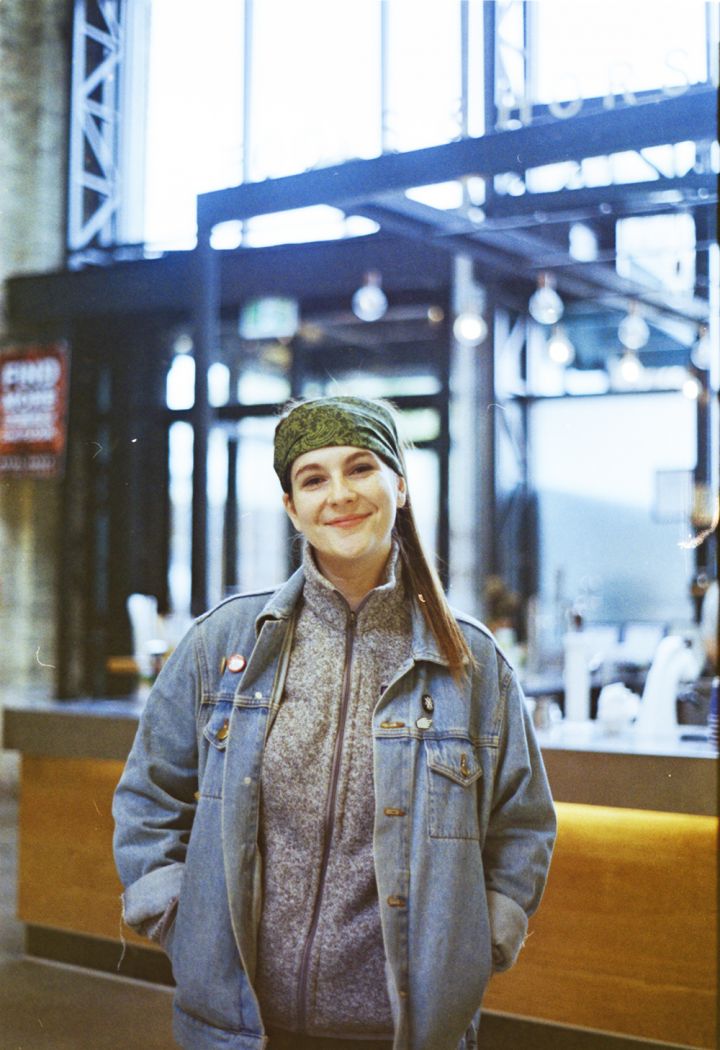 Fools + Horses at the Forks is a “nice, neutral spot” for regular Savannah Shore. “Sometimes I wake up extra early to come here and listen to a podcast and read, to try and get off social media, start my day without it. When I'm at home, I'm doing chores or sleeping, and when I'm at work, I don't really get a minute to sit down,” Shore says. “I sit here and people watch.” She was excited for the second location to open, because it’s close to her work, and serves fare from Bronuts. “They call me Donut at work,” Shore says. 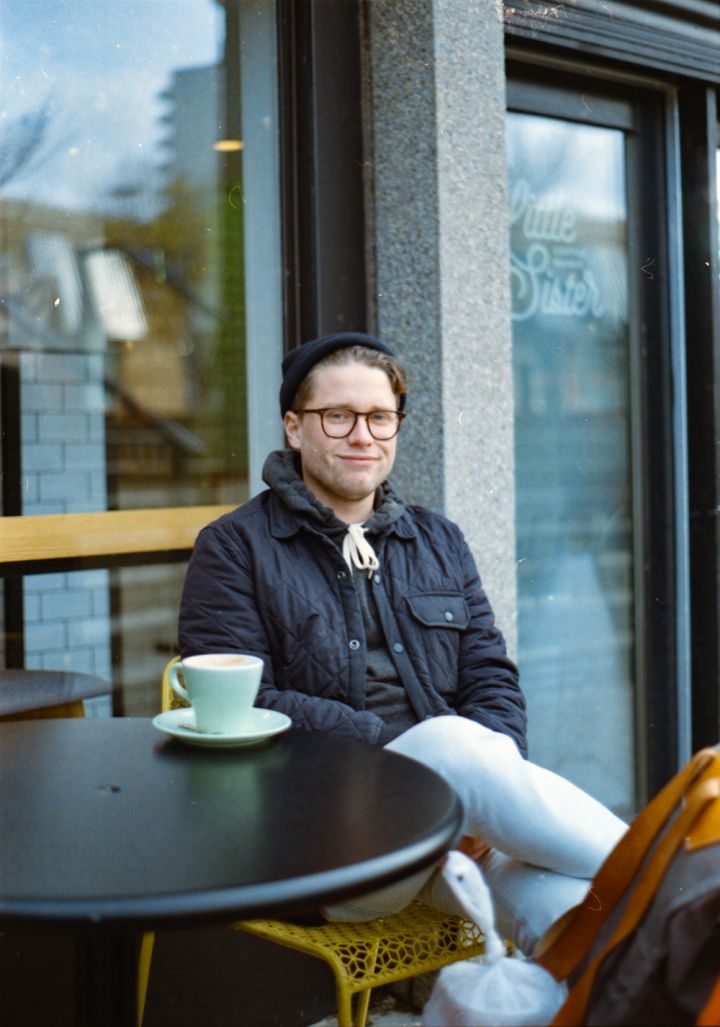 Stephen Muirhead visits his barber Avi Waldman regularly. “He usually calls or texts me when I come up on the three-week margin and reminds me. And I’m like ‘you’re right, I do need that,’” Muirhead says. “He knows me, he knows what I need. It’s great.” Waldman works from his house, which adds another element of connection for Muirhead. “It’s become almost ritual. There’s something about the relationship. We were friends beforehand, and there’s something really intimate and sincere about going to his place,” he says. “It affords me the option of having, say, a whiskey I keep there. I have a drink after with him.”

Muirhead also fondly recalls spending time at Little Sister Coffee Maker on River Avenue while writing his thesis. “I needed the din of background noise and that distraction to make myself focus on the work that’s at hand ... I needed that change of environment to separate home life from other aspects of my life.” 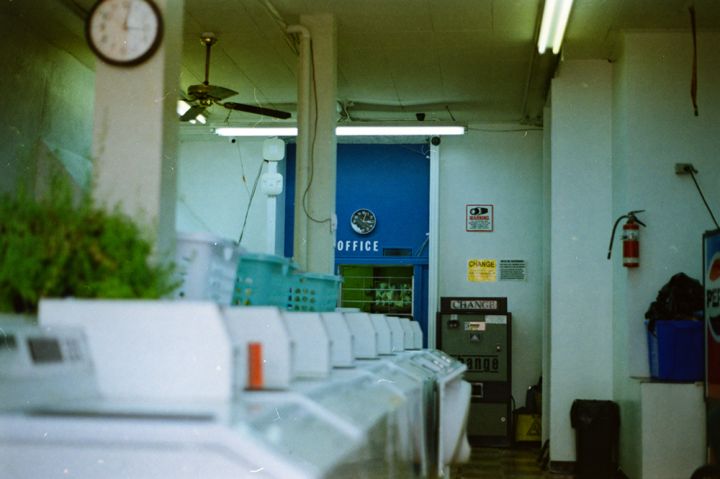 Dave Gagnon is a regular at Village Laundry on Osborne Street, partly by chance and partly by intention. “We have laundry machines where I live, but there's only one machine, and it kind of sucks,” he says. 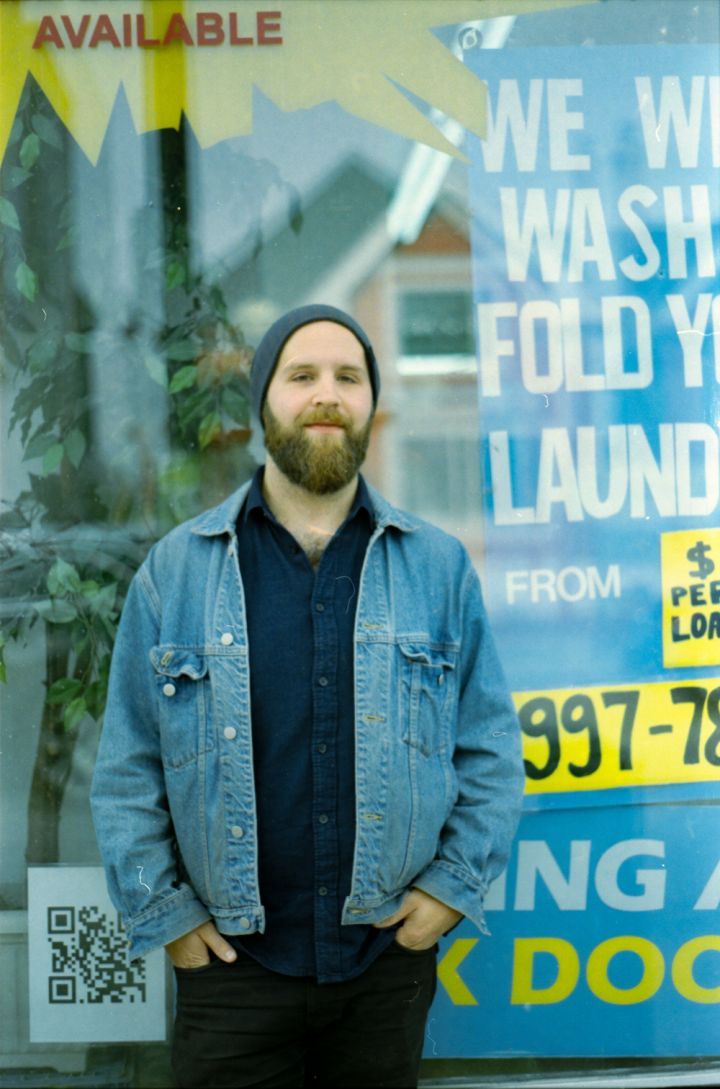 Visiting the laundromat gives Gagnon more than just clean clothes. “Coming here is a good excuse for some me time. I'll get some food down the street, maybe sit here and read a magazine,” he says. 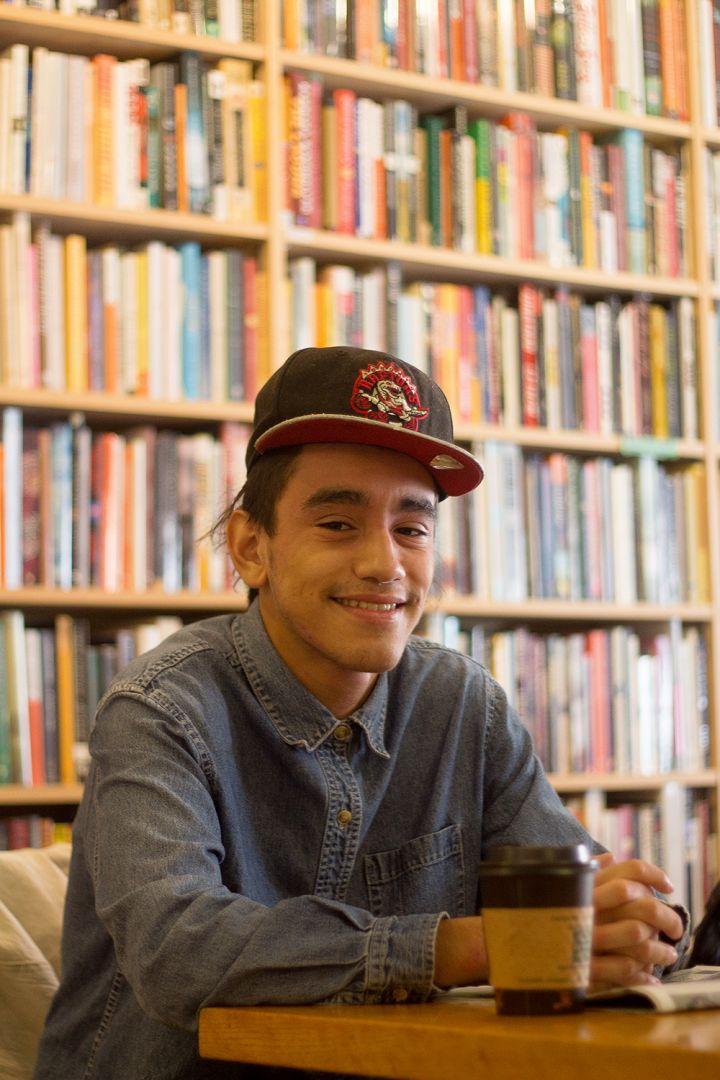 For Kenneth Castillo, repeated visits helped build his connection to the Neighbourhood Bookstore and Cafe. “Not only have I had a lot of good memories here – like I’ve gone here with my friend’s family most of the time and just chatted and had conversations and stuff – but it’s one of the few places where I can actually sit down and feel kind of relaxed and read a little bit,” Castillo says. While Castillo has tried other places, none quite compare to the Neighbourhood. “It’s homey. And it feels like a local restaurant.” 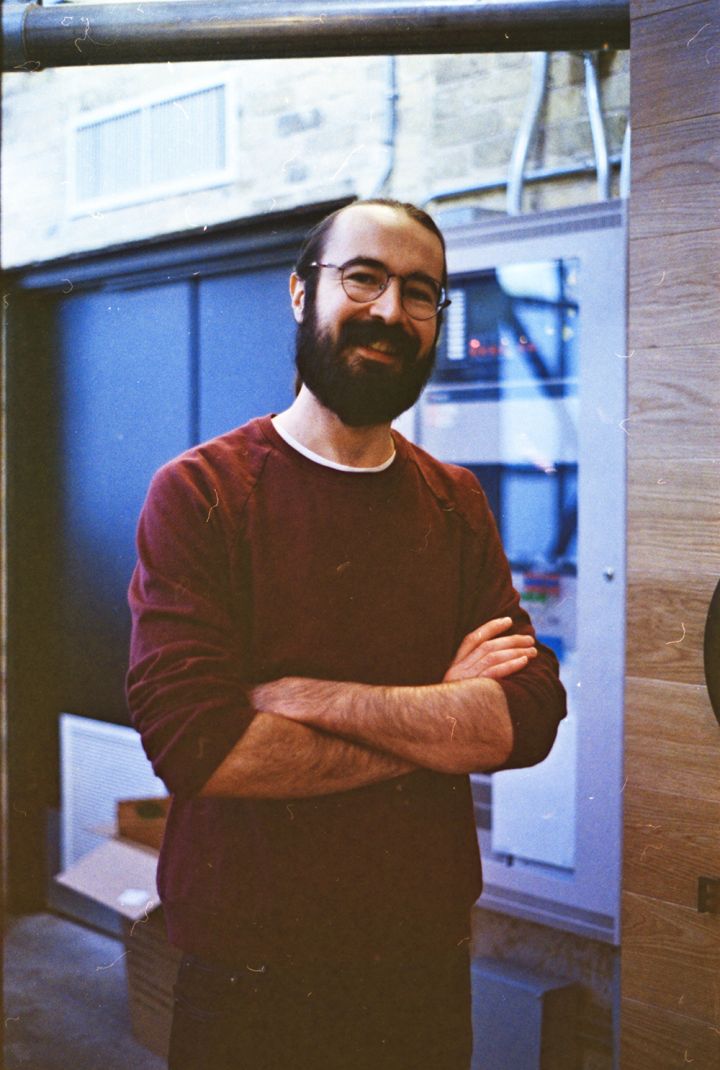 As a barista at Fools + Horses, Josh Davison has a special appreciation for regulars. “It's really nice seeing people come back. It shows that you're doing something that they connect with. Working in coffee, that's a big thing,” he says. “Being kind and generous to everyone regardless of gender, race, orientation and socioeconomic background is absolutely necessary.”