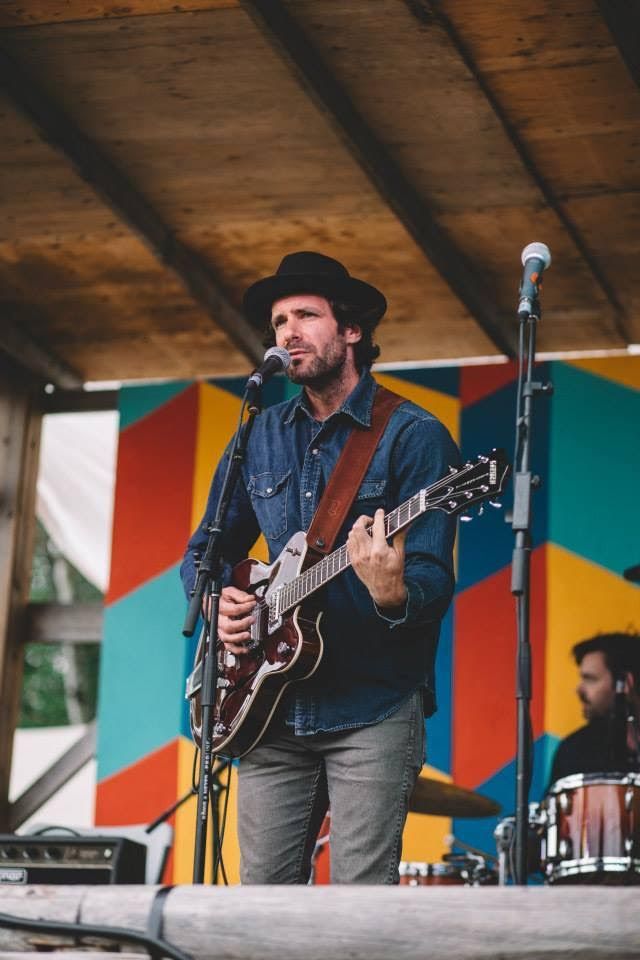 100 NONS paired five French-speaking musicians with five musicians who have some background with the language, but who are not fluent, to write songs together.

“The goal for the artists was to write at least one French song, but each duo will be playing three songs each,” Eric Burke, programming director at 100 NONS, says.

Burke has only heard a bit of what the musicians have come up with, but so far he’s impressed.

They started the project out by getting all 10 participants together for a workshop about writing in French versus writing in English.

“They kind of come with a new perspective and different ideas. It was pretty mind-blowing to see what they were coming up with, actually,” Burke says.

Grant Davidson is the Anglophone half of a partnership with Justin Lacroix. Despite not being terribly familiar with the language he’s working with, Davidson says it’s been a lot like other co-writing experiences.

“I sort of had a bit of a melody and a guitar verse structure, so we started with that,” Davidson says.

His biggest challenge has been working with the French language. He says he is usually meticulous when it comes to the words he chooses for his songs, and it’s been difficult to do that when working with a language he has never written a song in before.

“Languages are so complex. I mean, I’m still figuring out English,” Davidson says.

He’s been worried about communicating what he wants to say clearly, but Lacroix’s guidance has helped shape his ideas and ensure his message is getting across.

Despite his focus on choosing the right words, Davidson says people can often get the vibe of a song based on other elements of the music.

“People usually pick up the sentiment, even if they don’t get the words. It’s usually the melody and how you deliver it and the emotion that you put into it that translates,” he says.

Davidson says he and Lacroix thought writing three songs together was a bit ambitious in the timeframe given, so they’re working on one. For the other two, they’ve each brought an existing song from their repertoire to the table for the other to add something to.

He’s happy with their original piece.

“I think it’s very pretty, and I think the words are really strong. I definitely stand behind it, which is good, because otherwise I wouldn’t want to perform it,” Davidson says.

Burke came up with the idea for this event nearly two years ago, but 100 NONS was only able to secure funding for it in the fall of 2016.

He says the response from the Anglophone community was not overwhelming, so they had to poke people they knew to apply.

“When it came to pairing them up with Francophone artists, we wanted to pair them up with artists who were good songwriters,” Burke says.

“We have some really killer singer/songwriters in the Francophone music community.”

Although 100 NONS is organizing this show to help promote the French language, Burke emphasizes that it’s a bilingual event that people who don’t understand a lick of French will enjoy.

Franco Roots is taking place at 8 p.m. on Jan. 26. Tickets are $20 at the door of the West End Cultural Centre.