Pub trivia and the reclamation of memory

Pub trivia is booming in Winnipeg. From the greasy Trivial Pursuit cards gracing the tables of Garbonzo’s Pizza Pub at the University of Winnipeg AnX to television show trivia nights at The Handsome Daughter, this city likes to show off what it knows – and laugh about what it doesn’t.

Jeff Sinclair hosted pub trivia in South Korea for five years. He moved back to Winnipeg in 2018 and now not only continues to sell trivia night packages to bars in Korea but also runs trivia events at four different local venues. He says trivia should be competitive but fun.

“The reality is that most of the people going aren’t going to win, but they should at least be entertained or have a good time, have a few laughs, maybe meet some new people. In South Korea, it was a really common place to go when you didn’t know anybody.” 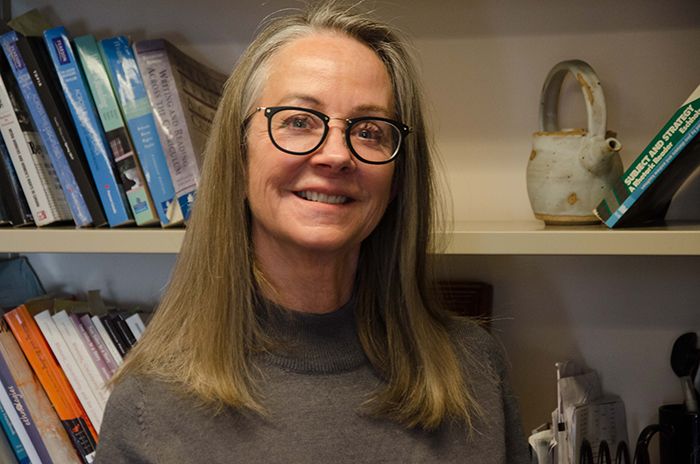 Dr. Jaqueline McLeod Rogers is the chair of the Rhetoric, Writing and Communications department at the University of Winnipeg. // Photo by Keeley Braunstein-Black

His trivia nights blend comedy and knowledge-testing. Every event ends with the winning team having to sing a karaoke song chosen by the team that finished last. He believes that the fun social aspect of trivia nights contrast to the isolation of technologically facilitated knowledge.

“There’s the gratification of (having to) recall it from your mind,” he says.

“You have to actually know it. Now (with) the time we live in, you don’t have to really know anything, because you can just instantly have it. ... (But at trivia) you’re not staring at your phone ... You’re engaged with a team.”

Dr. Jaqueline McLeod Rogers is the chair of the Rhetoric, Writing and Communications department at the University of Winnipeg. Her research is focused on the work of cultural theorist
Marshall McLuhan.

McLeod Rogers believes that McLuhan’s theories speak to the appeal and popularity of pub trivia. McLuhan argued that technological innovations erase human knowledge and skill. While machines make human life simpler, McLuhan feared that it would come with a cost.

“McLuhan’s worry was that we keep losing what we think of as human abilities, to remember, to think,” she says.

“His worry was that we were giving all that over to the computers.”

McLeod Rogers says that pub trivia, with its emphasis on shared memories, face-to-face interactions and old forms of media is a reclaiming of the human body.

“It’s not so much that you’re trying to recover the old technology, the game itself or the cards, or ... someone else doing the calling out of the questions,” she says.

It’s more about “being able to use your human capacities and abilities and not rely on whatever forms of technologies that would do this for you.”

McLeod Rogers sees trivia games caught up in a history of memory.

“Right now, it’s still possible for us all to have questions that we all care about and share and to be interested in those answers and to use our minds and memories,” she says.