Dr. Samir Gandesha, director of the Institute for Humanities at Simon Fraser University, will give three public lectures at the University of Winnipeg (U of W) next week.

These events are organized by the political science department and co-sponsored by the criminal justice and philosophy departments. 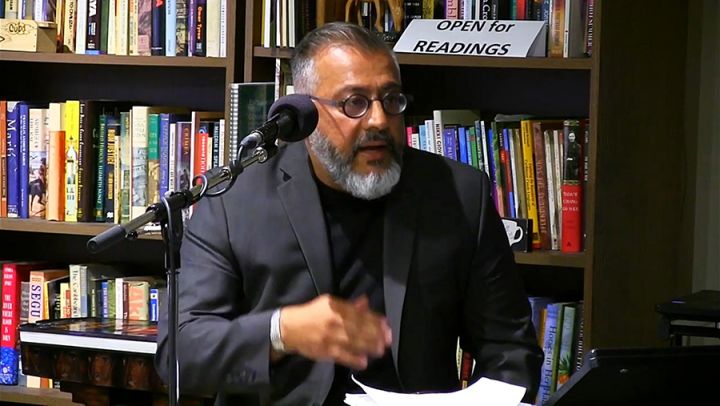 Dr. Samir Gandesha will give three public lectures at the U of W in early November. // Supplied photo

Dr. Gandesha says in an email to The Uniter that his lecture on free speech “looks at the claims and counterclaims surrounding the supposed crisis of free speech on campus.”

“My claim is that the pressure on free speech and academic freedom have less to do with censorship than the structural transformations of universities over the past few decades,” he says.

However, he claims there have been many cases where individuals “who may cause offence or may complicate simplistic ideas and positions” have been “shut down.”

This, according to Dr. Gandesha, is “symptomatic of a general scepticism directed at reasoned argumentation and debate which ultimately stems from a dismissal of Enlightenment universalism and the revolutions to which it gave rise.”

Dr. Matthew Flisfeder, associate professor in the Department of Rhetoric, Writing and Communications at the U of W, believes that it is “inaccurate to say that campuses are these major spaces of censorship.”

In an email to The Uniter, he says it sometimes looks like academics “fighting for social justice are against free speech and free expression,” which he thinks “couldn’t be further from the truth.”

He says “Dr. Gandesha’s talks on these topics are timely and appropriate to our situation today.

“It’s only by debating ideas that we can inform ourselves about the problems, contradictions and flaws that do exist in our society and the factors that may be involved in blocking us from realizing our goals for equality and freedom,” Dr. Flisfeder says.

“Guest speakers bring in new and perhaps unrealized perspectives that can add to the conversation, both for faculty and for students.”

Dr. Gandesha says giving lectures such as these is one of the “best things” about his job.

“Being able to speak to colleagues, students and members of the public in different locations throughout the world is an excellent reminder of the productive tension between universalism of concepts and ideas and the particularism of local contexts, concerns and vernaculars,” he says.