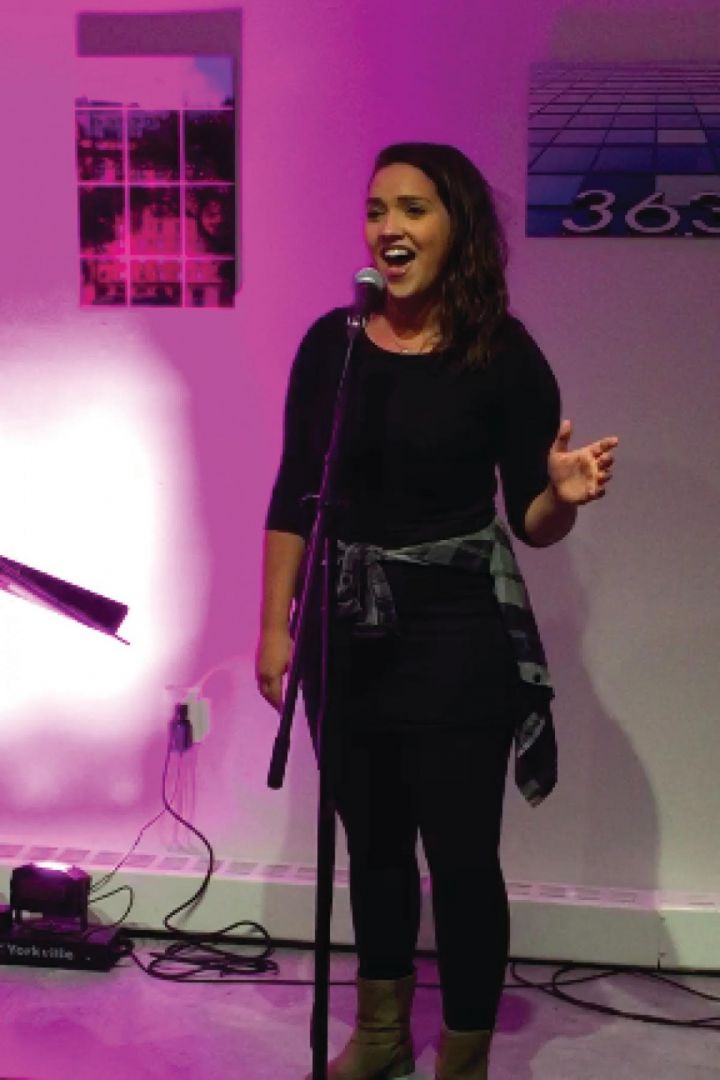 Finally, a place to bust out your inner Jean Valjean, that high-range Phantom of the Opera solo, or a group performance from The Book of Mormon.

All theatre tunes are game at Winnipeg’s stepped-up version of musical theatre karaoke, Sing Out, Louise!.

“We had a desire to create an outlet for musical theatre lovers, like ourselves, to come together and celebrate our shared passion for this art form,” Connie Manfredi, one of three founders of Sing Out, Louise!, says.

The idea comes from Manfredi, Joshua Balzer and Ryan Segal, who are also known as the District Theatre Collective.

“We know that the musical theatre community in Winnipeg is strong. However, we felt that the only time we really had the opportunity to bond with these artists was in the context of working on a production together,” Balzer says.

“We wanted to organize an event where all artists could come together, meet, forge friendships and connect over their shared love of Broadway.”

Sing Out, Louise! encourages people to sing their favourite theatre tunes off the Broadway on our Broadway, at Fools + Horses once a month. 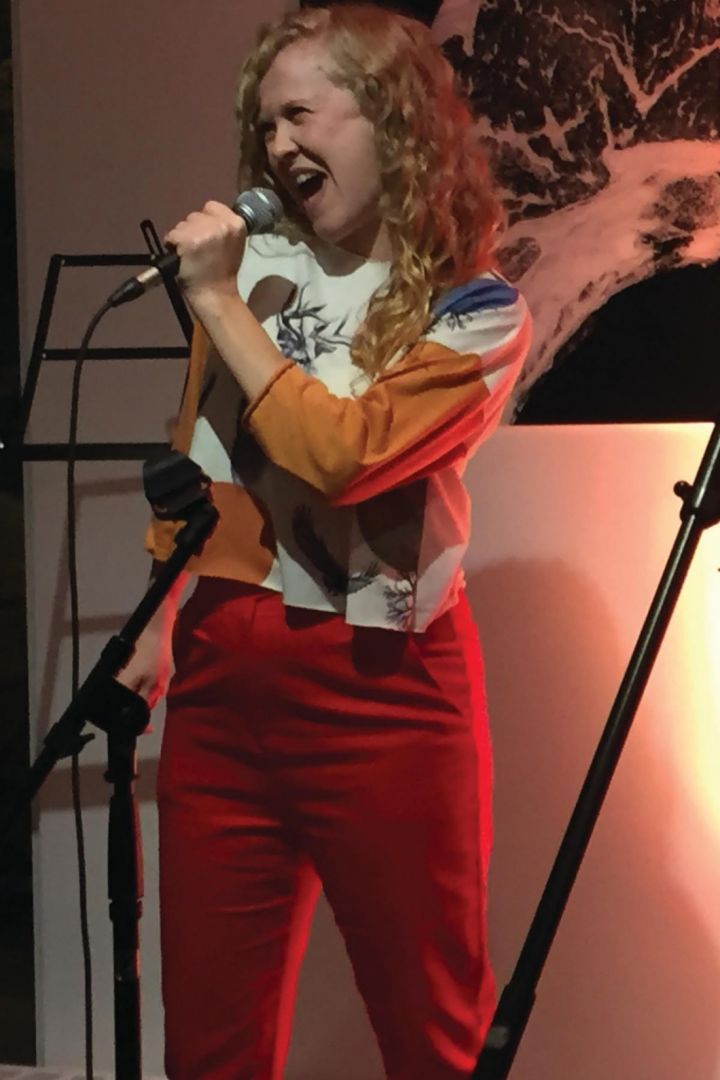 Participants sign up in advance and then perform their song with a live accompanist.

“We are grateful to some of our wonderful friends who have generously donated their piano and sight-reading talents to play for us on these evenings,” Segal says.

Throughout the night, the three founders juggle other theatre roles so the show can go on, with Segal acting as a one man backstage crew and Balzer and Manfredi co-hosting.

The monthly event hosts about 15 performers and each soiree has a theme.

Past performance nights included September’s “Miscast” and October’s “Evil.” Up for November is #TBTT (Throw Back Triple-Threat).

“We want to give artists the opportunity to relive their high school theatre experiences by recreating their favourite roles from school or a youth theatre group,” Manfredi says. 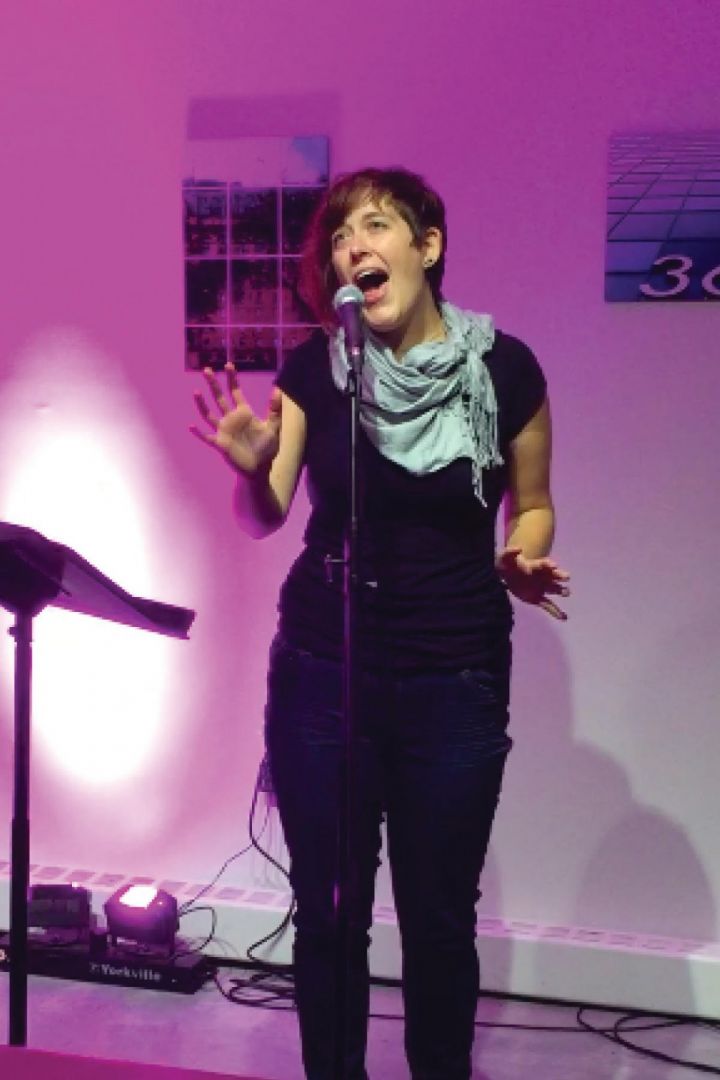 Ali Fulmyk singing “The Music And The Mirror” from A Chorus Line.

The founders of Sing Out, Louise! also know all too well the struggle and awkwardness of being a young actor and having to fill in an older part in the cast.

“High school musicals, out of necessity, tend to be inappropriately cast, like a 15-year-old Tevye in Fiddler on the Roof,” Balzer says. “However, high school also tends to be the birthplace of our theatre dreams, so make sure to bring on your best 17-year-old Auntie Em and share your stories.”

On this night, performers and audiences meld and create a gathering of show tune fans and allies serving for musically memorable times.

“Each performance so far has surprised and delighted, and has been magic to watch,” Manfredi says.

“Some highlights over the last three months include an impromptu “Send In The Clowns,” a group sing-along to “Defying Gravity” and most recently the stage manager performing a six minute dance break.”

The next Sing Out, Louise! takes place on Mon., Nov. 23 at Fools + Horses, 379 Broadway. It opens at 7:30 p.m. and singing starts at 8. Anyone interested in singing should sign up at singoutywg.com.