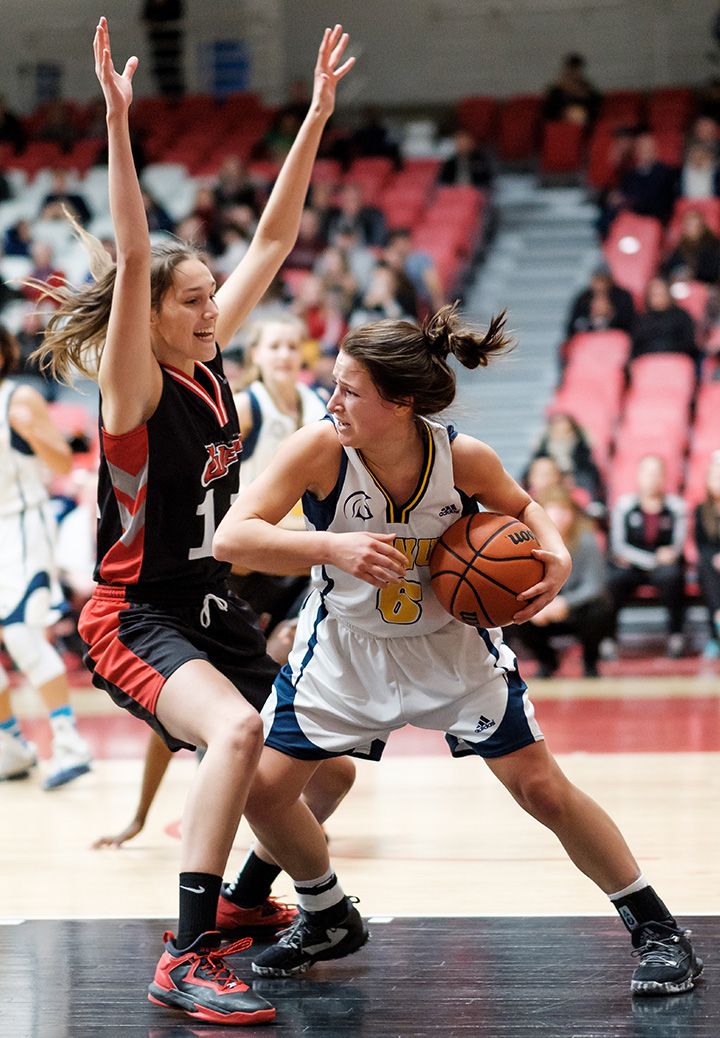 Trinity guard Natalie Carkner is defended by Wesmen forward Shawn Pallister at a game on Jan 7, 2017.

The University of Winnipeg (U of W) may host the Wesmen, the Bill Wedlake Fitness Centre and the Manitoba Basketball Hall of Fame Museum, but some students don’t feel at home in the Duckworth Centre.

As of Nov. 1, 2016, the U of W had a total student body population of 9,338, including 9,072 undergraduates. Yet, as of early January, only 2,257 of these students were registered as members with the campus’ recreation facilities (meaning they’ve completed paperwork and signed a waiver), according to Diane Poulin, U of W’s senior communications specialist.

While some students at any university may choose to not sign up for or access their campus’  gym for any number of reasons, some say they don’t feel comfortable in the spaces, while others can’t use the facilities at all.

The U of W athletics department itself, including the Wesmen teams and supporting staff, are funded through the university and through third-party facility rentals, team merchandise sales, concessions, game tickets and different fundraisers, Poulin says.

The $254,811 in scholarships and awards she says 139 Wesmen athletes received last year was collected via donations, corporate partnerships and contributions from Sport Manitoba, according to Sheldon Appelle, U of W’s sports information coordinator.

But while athletics programs are self-sustaining and funded through outside sources, U of W students help pay for the school’s fitness facilities – whether they use them or not.

Both are incidental fees charged on top of tuition and give students access to the Bill Wedlake Fitness Centre, help fund the Axworthy Health and RecPlex and give students access to Wesmen home games, something few students take advantage of. On average, Appelle says, about 500 people come out to watch Wesmen courtsports on a given night, up to half of whom are U of W students. 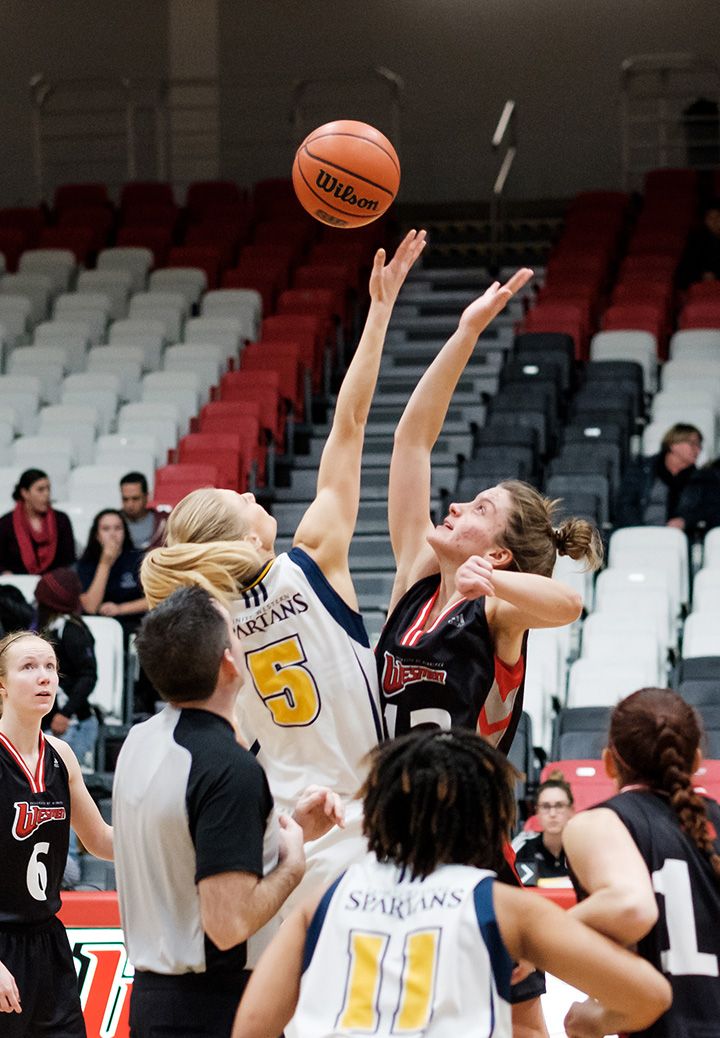 In May 2016, the Wesmen teams joined True Sport Lives Here Manitoba, an initiative “based on the values of fairness, excellence, inclusion and fun,” according to a release. True Sport promotes seven principles, one of which is to include everyone in sport, “regardless of creed, ethnicity, gender, sexual orientation or ability.”

And although the Wesmen teams may have adopted this attitude, some students feel that the fitness centre and facilities give off a different vibe.

Over the summer, the University of Winnipeg Students’ Association (UWSA) launched what it calls the Inclusive Gym Initiative as a response to “hearing again and again that many students feel uncomfortable using the university gym,” UWSA status of women director Jade DeFehr says in an emailed statement.

The initiative, which so far has involved a student survey and meetings with gym administration, aims to “promote safer spaces and equitable participation” for all U of W students who pay fitness and recreation fees by raising awareness about this discomfort with the gym and advocating for women- and non-binary-exclusive gym time.

It’s a move Adrienne Tessier, the UWSA arts director who sits on the Inclusive Gym Initiative committee, says is important for two reasons.

“A university gym does not exist simply as a revenue stream,” she says. “They exist in order to support student athletes, promote active living on campus and to encourage students to maintain a healthy lifestyle. In short, they are services students pay for.”

“These services are becoming ever more important,” she says, noting that it’s increasingly crucial that these kinds of services are accessible to all students.

The initiative’s survey, which received over 750 responses, indicated women are about twice as likely as men to, in DeFehr’s words, “feel there is something preventing them from feeling more safe and comfortable using the Duckworth gym facilities.” Media coverage since has cited verbal harassment, catcalling, stares and feelings of unbelonging as some of the reasons certain people feel unwelcome.

“People who identify as non-binary are even less likely to feel safe and comfortable there,” based on the survey responses, DeFehr says. “A number of other issues also affect how comfortable students feel using our gym facilities, but nonetheless, male domination of the space was a clear pattern that emerged.

“Each student pays a fee of around $100 to access recreational services, and it is the responsibility of the university to ensure their services are accessible so that most students feel comfortable actually using the services they are paying for. This is especially important when issues of identity come into play, and we see that certain groups of students who typically face oppression in other forms are also much less likely to feel comfortable using the gym.”

The university is also conducting an online survey until Feb. 3 to gauge student and general member opinions on the fitness centre and services. It asks if current gym-goers feel comfortable and safe in the facilities and whether or not they would change their current workout habits if the gym set aside certain hours specifically for women and non-binary people. 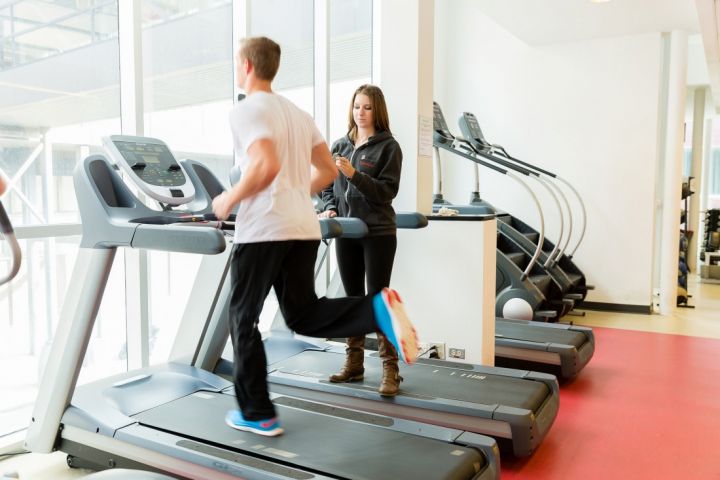 The fitness centre is also an important part of U of W's athletic culture. 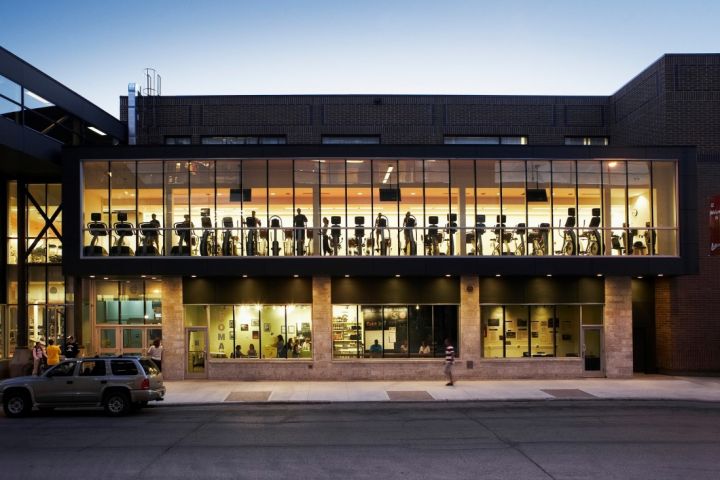 Access to recreational services is one of the benefits included in the approximately $100 of fees a student can pay.

So far, the initiative has received mixed reviews.

On a thread about the proposed set-aside gym time, one Reddit user says she’d rather see the university amp up its security and harassment awareness training, while others say they’re concerned that exclusive gym hours unfairly discriminate against men, who pay the same fees as non-male students but would have less available hours to access the fitness centre.

Aly Raposo, a student at the University of Manitoba (U of M), writes in a comments piece for The Manitoban that DeFehr’s (and UWSA LGBT* director Jacq Pellend’s) efforts  inspired her to propose a similar initiative on her own campus.

“I am a firm believer in a safe space being initiated on campus permanently,” Raposo writes.

“I am also very enthusiastic about having that safe space be reserved hours for women and non-binary people at the gym. This is because the gym is considered a public space; in the U of M’s case, it’s a public space that every student on campus pays for through their tuition fees. Yet this particular public space is dominated by men, and even in this day and age, women are made to feel uncomfortable and basically not entitled to participate because of the overwhelmingly male presence.

She notes, however, that the time slotted for women and non-binary people doesn’t need to exclude others from using the gym for an entire day. Instead, a few hours could be set aside for this group each week to make sure “all demographics have more or less equal access to the facilities we all pay into.”

Andy Fenwick has also raised other concerns with the U of M’s fitness and recreation facilities. The 21-year-old economics student is in his fourth year and was previously the University of Manitoba Students’ Union’s (UMSU) accessibility representative. 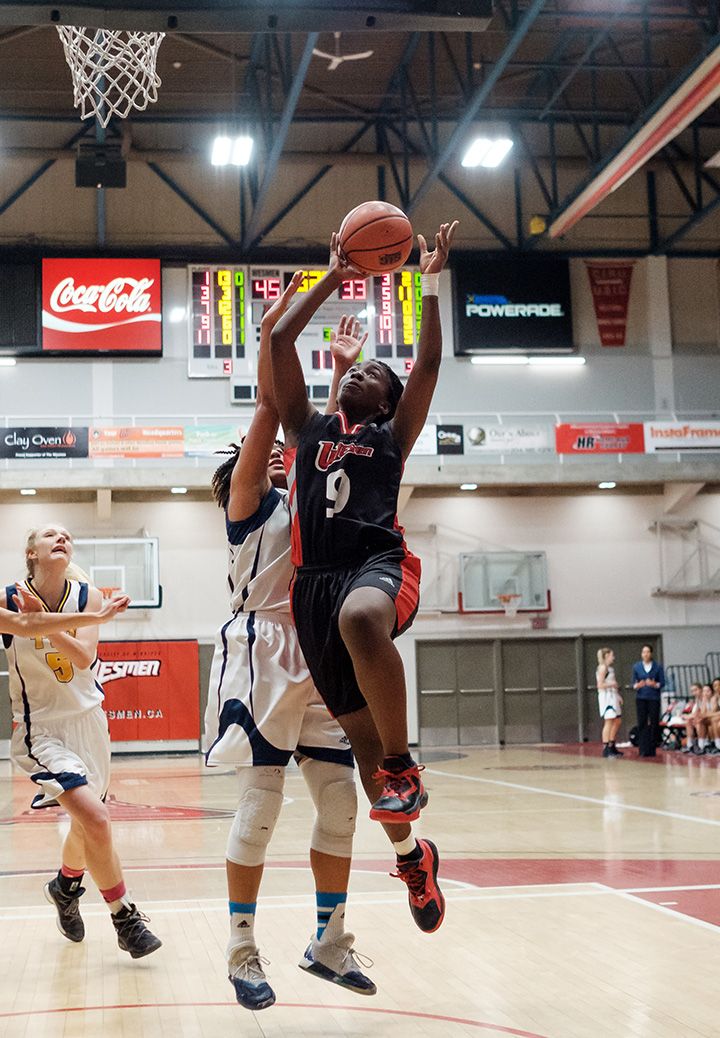 Wesmen forward Faith Hezekiah makes a layup during a game at the Duckworth Centre on Saturday, Jan. 7, 2017.

He’s advocated for a number of changes to the university’s new Active Living Centre, which opened in 2015, including the addition of automatic door buttons, a pay station nearer to the fitness centre’s accessible parking and an opt-out program for quadriplegic students who pay for but can’t use the centre.

U of M full-time students pay a mandatory Sport and Recreation Fee of $77.34 per term during the fall and winter terms, and all students pay $58.00 for a summer term. Like at the U of W, this fee is assessed regardless of whether or not students can, will or feel comfortable using the gym and other facilities.

Fenwick says he’s been working on the opt-out and meeting with U of M administrators for over a year with little luck.

“They’re maintaining that they don’t want to give opt-outs for any students,” he says. “They use the justification that it’s a student levy, which to me is a bad argument, because it’s not something like the library (that we need) to get our degrees. It’s outside of the whole realm of education, but also, the gym is based off an able-bodied sense of active living, so it’s not even designed for everyone.”

He says one of his friends, who is a quadriplegic and physically can’t use the gym, first brought up the idea of the opt-out to him after struggling to find work and pay for some expenses like the Sport and Recreation Fee. Fenwick himself uses a wheelchair but stresses he regularly uses the gym and doesn’t personally want or need to opt out of the fee. Instead, he’s trying to help people like his friend and says he’s received a lot of support so far.

“I think it got a bit more traction and opened up a few more people’s eyes to figure out that you can’t just slap an umbrella fee on all these people and assume that everything is perfect,” he says.

Fenwick estimates that fewer than 10 U of M students would qualify for this opt-out if it passed, but he’s heard some people are worried waiving the fee for one group could open the door to future requests.

The former Big Horns executive says he’s also heard from administration that the fee goes toward Bison games and ensures that all U of M students have access to see their home teams play. However, Fenwick, who used to buy a pass to attend games before the fee came into effect, remembers those passes cost $10 each.

“That still leaves a $140 differential,” he says. “To have a student levy that goes to gym, which is an able-bodied facility working towards an able-bodied sense of active living, that’s standing on the shoulders of students who can’t use the facility based on their disability is the worst way to run a levy. I just don’t like it.”