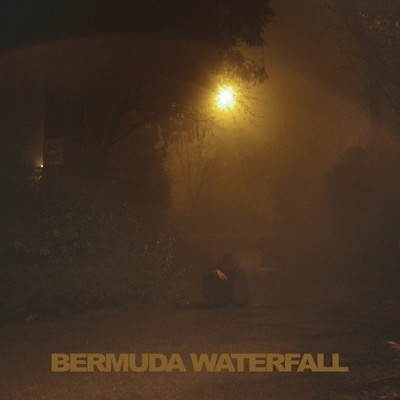 It is far easier to describe Sean Nicholas Savage’s 4th album, Bermuda Waterfall, by the images it conjures in the imagination, as opposed to what it sounds like. The album’s opening track, an instrumental titled “Boogie Nights”, fits hand-in-hand with the cover art: a misty, hazy, warm night. The entire album precipitates imagery, so much so that one only wishes this music had an accompanying film.

Savage’s vocals are spot-on: he can sing comfortably at sharper pitches, and he does so with a quiet gusto. The slight quivers and vibrations of his voice when he sings particularly tender lyrics really penetrates the 4th wall divide between himself and the listener, like a personal soundtrack Savage has written to accompany each of our joyous and sorrowful moments.

For a particularly good example, check out “Empire,” and listen to how he wavers ever so slightly during the chorus (“we held each other in the empire of hate”). Or play  “Please Set Me Free.” The unsteady power of his voice, coupled with his words will split your heart.

The music and instrumentation accompanying Savage’s vocals are the a real cherry on top of the musical sundae of the album. Common trends include pulsating electric drumming, keyboard selections, both sharp and mellow, organs, and just all-around great lyrics. Savage is an exceptional writer: one of the few who can rhyme words without sounding childish.