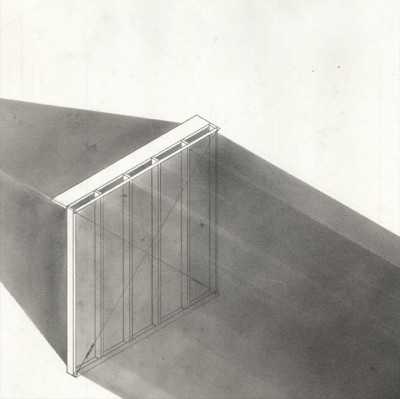 Palm Trees is a collective of musicians from a variety of Winnipeg bands that have come together to release their first record, States. This is the third release from the local label Slow Shine Records. Slow Shine had a big year in 2016, also releasing projects from iansucks and Animal Teeth.

This album draws from genres such as post-rock, experimental and ambient, creating what feels like a sonic dreamland. Post-rock is one tough genre to get right. It teeters on simple and totters on extremely complex. States achieves this by utilizing empty space and filling in the blanks with entrancing instrumentation.

Palm Trees introduces us to their brooding yet bright sound with “Fades,” the first of four tracks on States. The layering of lilting keys and droning synths slowly builds into an ethereal soundscape that sets the mood of this record.

It’s on the second track, “Heights,” that we hear Palm Trees at their best. They find a balance in the dark and light, creating a gloomy hopefulness that feels cinematic in nature. The dark and droning synths are paired with shimmering percussion that feeds this balance. The 22-minute track finishes in a creeping crescendo that drifts off into sleepy keys.

The celestial and eerie sounding “Stars” keeps up with the lost-in-a-dream theme that permeates the album. Its hypnotizing and spacey vibes carry us to “Sloth,” the final track on States. “Sloth” sets itself up with a distant voice, fuzzed out and drowned in sound, setting a tone for the dreamy track that comes in waves. With each retreat, the sounds come surging back with more intensity and noise, like the tide on a surreal beach.

States is a well-crafted and nuanced approach to post-rock and ambient music. The strength of this album lies in its ability to evoke complicated feelings without sounding overwrought. The sparse or subtle instrumentation punctuated with moments of intensity make States a delight to listen to. Hopefully we can see and hear more music like this from Palm Trees in the future.