With photos from Simeon Rusnak

“Stuff. You collect stuff along the way.”

Fred Penner makes this offhanded remark in reference to his Osborne Village home, which is adorned with mementos, knick-knacks and heirlooms from a remarkable life in art and music.

When the legendary children’s musician and performer speaks with this characteristic humility, it’s easy to forget that he’s as accomplished and enduring as musicians get. This year marks Penner’s 44th year of touring. 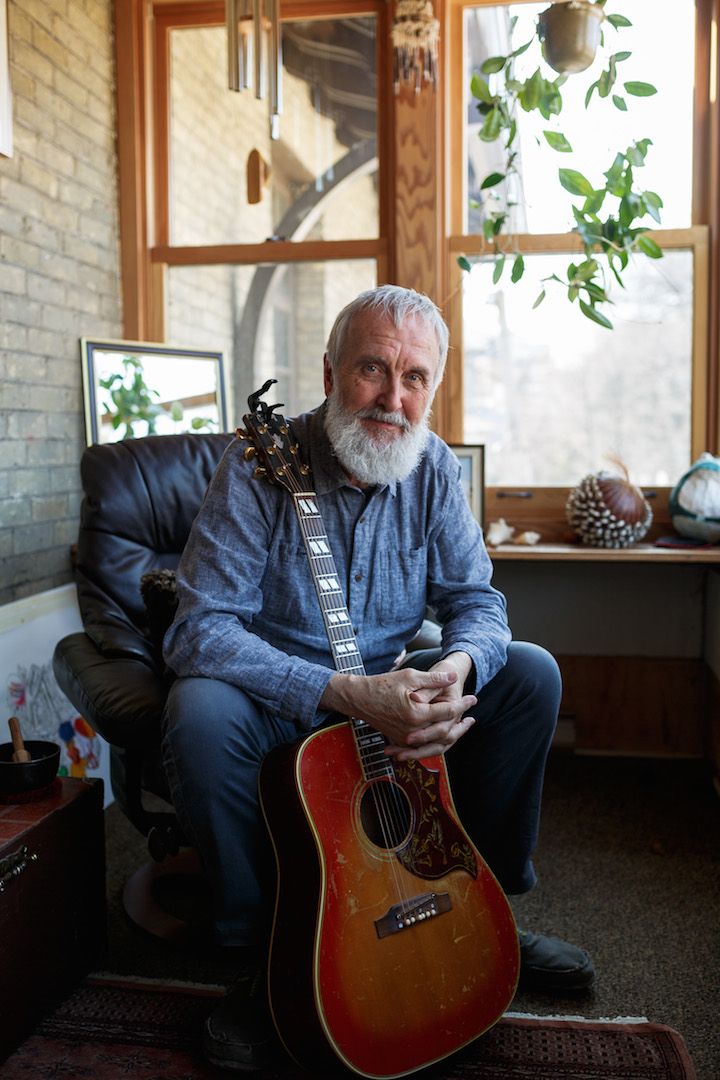 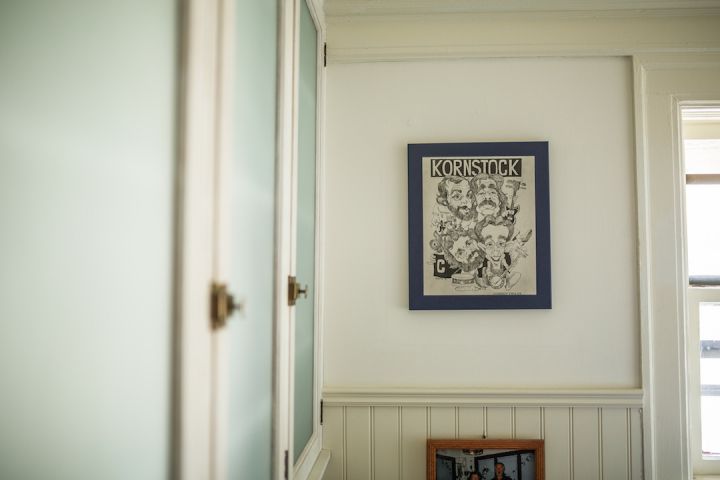 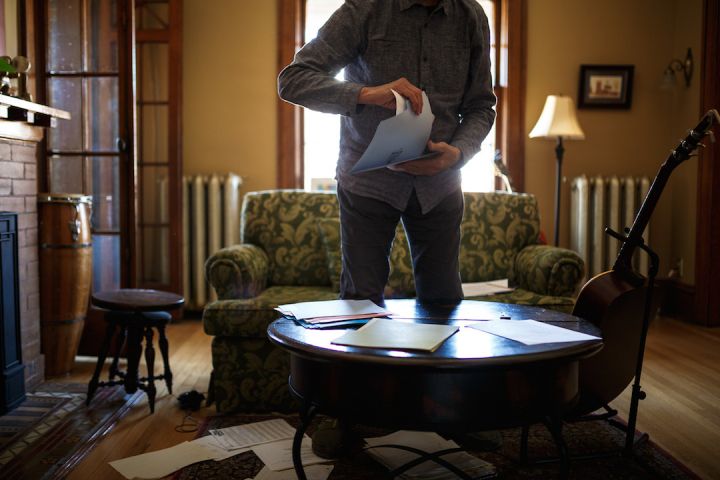 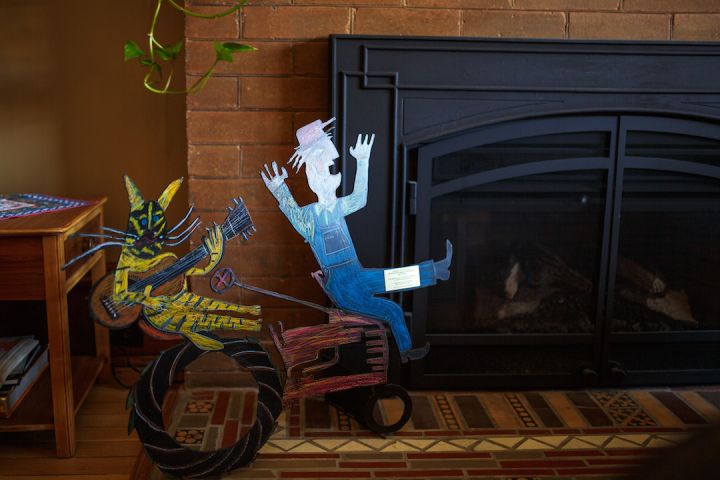 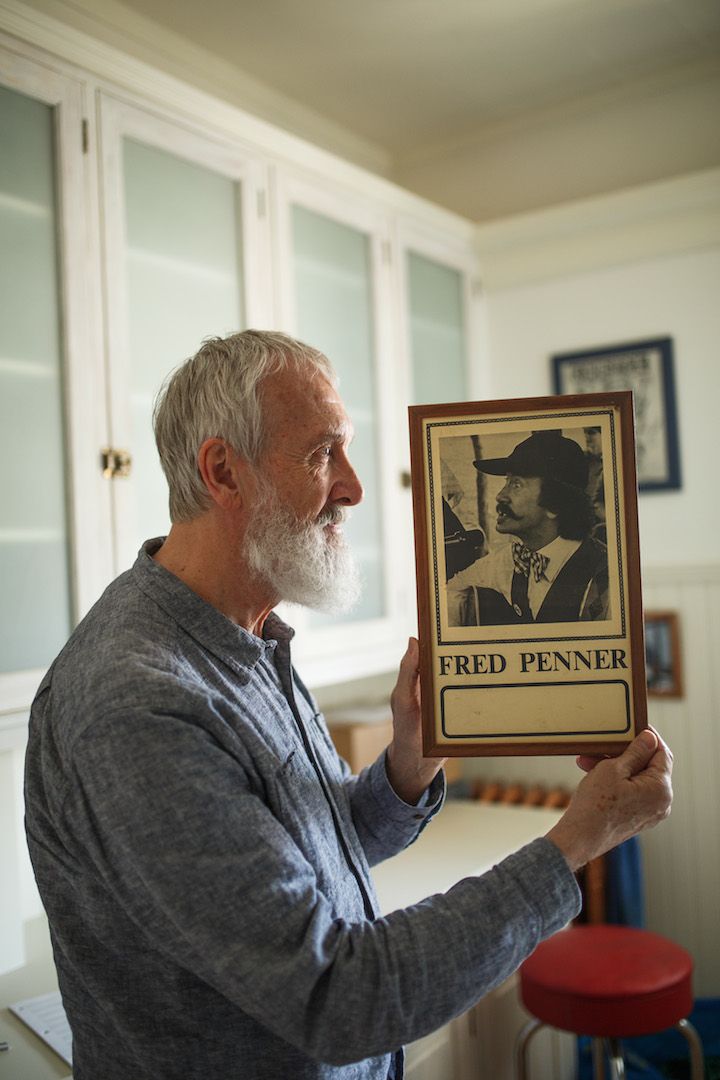 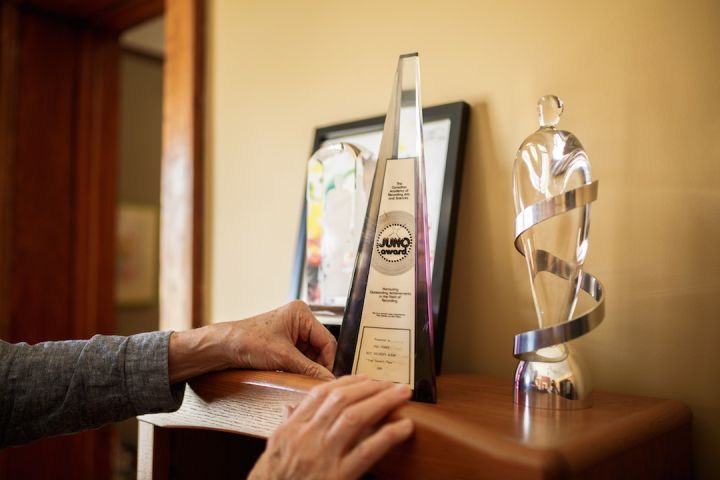 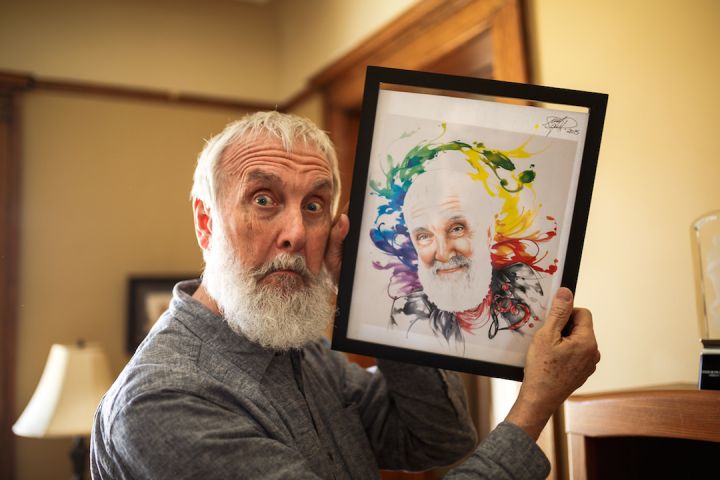 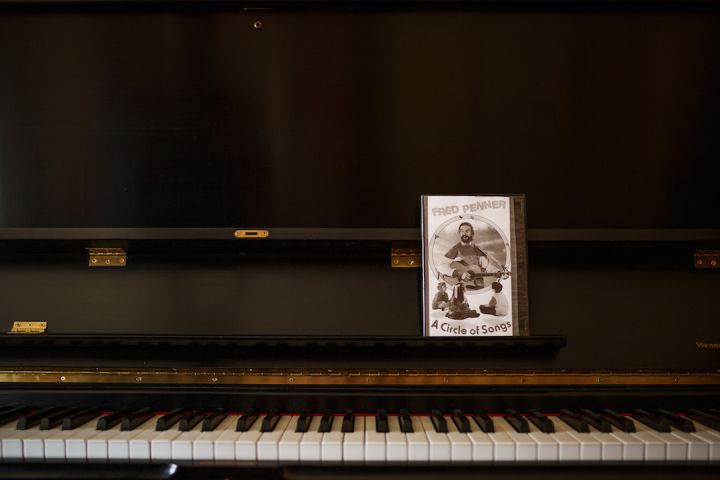 “I never thought in my wildest dreams I’d have a place like this,” Penner says of his home, a heritage building erected in 1905. “Growing up in Winnipeg, I had a girlfriend who lived in the building across the street. The memories that this district plugs in, it’s pretty exciting. Life has been pretty good to me.”

Penner’s TV show, Fred Penner’s Place, ran on CBC from 1985 to 1997. While Fred Penner’s real place might be a turn-of-the-century building, he says the show’s woodland setting was inspired by a truth from his childhood.

“(My family) had a house with a big bush in the backyard,” Penner says. “I would crawl under the bush and just sit there, smelling the air, watching the world go by. We had a couple of pet chickens, and one was killed by the neighbour’s cat. I took it upon myself to bury this pet of mine in this area. I put an old fossil I had as the grave marker. So when (the show) came along, I wanted a place in a natural environment that would give a child that sense of protection. From there a thousand episodes and 13 years whistled by.”

“When I first saw this place, this was the room that sold me.”

“I was in a band called Kornstock. We had a fellow from Toronto who came to one of our shows and did this illustration for us. That’s Al Simmons (bottom right), Mike Klym (bottom left), Bob King (top right) and a strange looking guitar player. Working with Al was such a delightful thing.”

“I’m in the midst of doing a new album. I’ve been moving about my house, for creativity and general excitement. Sometimes I’ll write at the dining table, in the office or I’ll get some inspiration from my sunroom around the corner.”

“This was given to me by the DASCH organization, which finds housing for special needs adults. I received the DASCH award last year, so they had someone create this for me. It’s quite heavy, it’s metal. But there’s the cat and there’s the Penner.”

“This is one of the oldest Fred Penner pictures there is. This was taken in 1979, I think. I was a young lad.”

“This is part of my little shelf of fame. (The right trophy) was for Where in the World this past year. (The centre) was in 1988 for the Fred Penner’s Place album, and (the left) was for Sing with Fred. I like that I’ve got the three different statues.”

“This was a picture that, on one of my trips to Alberta recently, a lady wanted to paint for me.”

“When creating Fred Penner’s Place…the head of (CBC’s) children’s television in Toronto asked, ‘What would you like to do?’ I went back to my own childhood and thought of things that had value to me. One that was really clear was having a place in my house or backyard where I could just sit and chill and be completely comfortable. We had an upright piano that I would sit under. I’d peek through the leg at the television and watch Roy Rogers and Ed Sullivan. That was one of my comfort zones.”