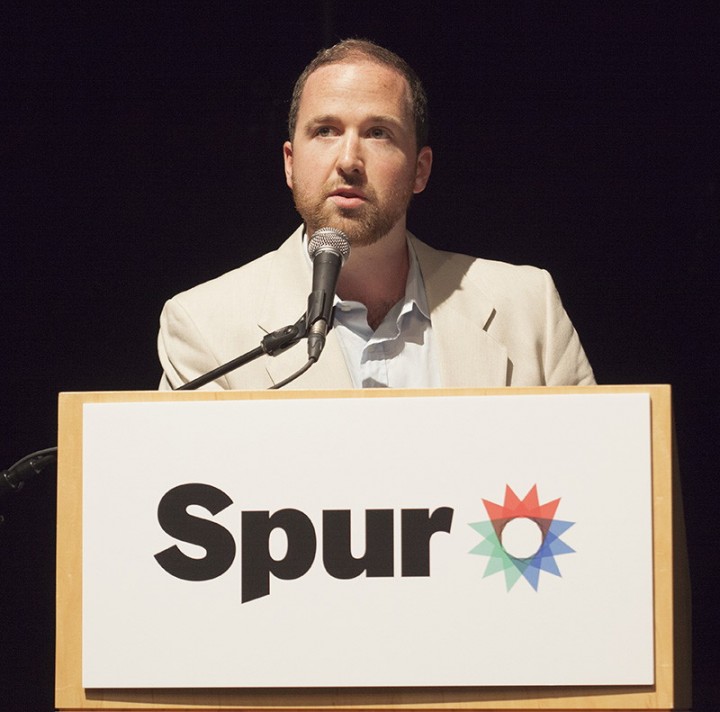 If you’re looking for a warm-up event before JUNO week, look no further than Spur Festival, which runs March 20 – 23. Now in its second year, the annual festival of politics, art and ideas kicks off in Winnipeg before continuing the dialogue across the country.

“Last year we launched with events in Winnipeg, Toronto and Vancouver,” says festival producer Nick Hutcheson. Adding stops in Calgary and Ottawa to this year’s edition, Spur is hoping to spark ideas and foster important discussion among a growing number of Canadians over the next couple of months.

“We use a kind of railway metaphor that we’re really trying to build a national conversation, so as much as each conversation takes place live in each city, we’d like to get Spur to a point where people in the other cities are paying attention,” Hutcheson explains. “We’d like to go to Montreal and Halifax and make it a truly national festival.”

Produced by the Literary Review of Canada, in partnership with Diaspora Dialogues, there is a current that runs through the Spur Festival to keep it thematic across the country, while featuring events based around issues particular to each city as well.

“We started to picture what was the big theme out of last year and that’s where we came from with Signal vs. Noise, and we picked about 45 different conversations that will happen across the country,” Hutcheson says.

Just what does this year’s Signal vs. Noise theme imply?

“We live in a world in which information is everywhere but facts are unclear, in which opinions are rampant but context is missing,” characterizes a statement released by Spur. “How do we filter the din around us and focus on the trends and patterns that will reveal what is truly at issue? And once we have, how do we respond to those signals?”

“ Such a diverse collection of talent is bound to ensure anything but merely dry political discourse.

To get the conversation started, a discussion about meaning in our world of over-stimulation, involving Paul Holdengraber – live from the New York Public Library – along with author George Prochnik and Arthur Shafer, Director of the Centre for Professional and Applied Ethics at the University of Manitoba, will be hosted by the Winnipeg Art Gallery.

Continuing on through the weekend, topics to be discussed include Our Nations in Seven Years, Winnipeg: This City in Seven Years, and The North: The World in Seven Years, accompanied by quite an extensive list of speakers, performers, and panel discussion moderators and participants.

“We wanted Spur to not be like we’re going to get all these great people together once and have this conversation and then not have it go anywhere,” Hutcheson says.

Such a diverse collection of talent is bound to ensure anything but merely dry political discourse. All Winnipeggers are invited to share in the dialogue and add their voice to the mix as well, to spur each other on towards a better collective situation.