Winnipeggers brave the elements to ascend the ice tower 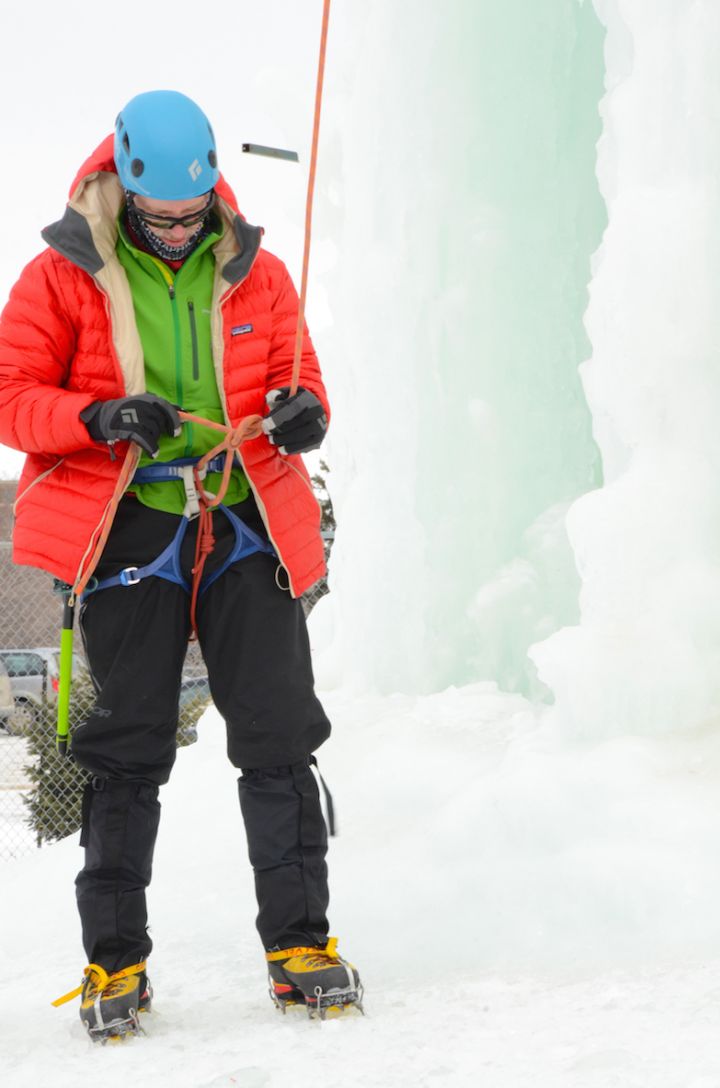 Ray Hope ties in before climbing the ice tower.

When you think of typical outdoor activities on the prairies, you might not think of ice climbing.

Near the Festival du Voyageur site, a giant tower of ice rises up out of the flat prairie landscape. It’s the tallest ice tower in North America, and this year it celebrates its 20th anniversary.

André Mahé, founder of the Club d’escalade de Saint- Boniface (CESB), got the idea for the ice tower from a magazine that featured a man-made ice tower in Beauchemin, near the French Alps. “So I thought, if they think that they should have an ice climbing tower in the mountains, more reason for us to have one in the prairies,” Mahé says.

During the summer, it exists as a 20-meter high triangular structure, surrounded by plywood to allow for summer climbing.

They may be some of the only people in Winnipeg hoping for cold, Mahé says. As soon as the temperature drops, a team of volunteers from the (CESB) and the Alpine Club of Canada (ACC), raise three bar sprinklers from a rope suspension system, and begin to encircle the structure with ice from the ground up.

Building the ice tower is a real group effort, and it can take days to build by teams taking six to eight hour shifts. Some factors they can control, and others such as wind, weather, and angles they cannot. It is mostly a surprise how the ice will form every year.

Climbing the tower requires a bit of physical and a lot of mental effort. “Most people who do try it, find it’s a challenge, but with a bit of practice...it becomes doable,” Mahé says. “It becomes doable for young adults and older people.”

But it’s worth it, Mahé says. “The rewards are great. You could probably take a helicopter to the top of a mountain, and climb out. However when you have spent a lot energy and effort making to the top of a summit, it has a completely different meaning.”

Mahé recommends ice climbing to people of all ages, boasting that just last week an 81-year-old man started ice climbing for the first time, and made it to the top three times by the end of the day. The club also regularly sees women in their 60s take on the challenges of the ice tower. 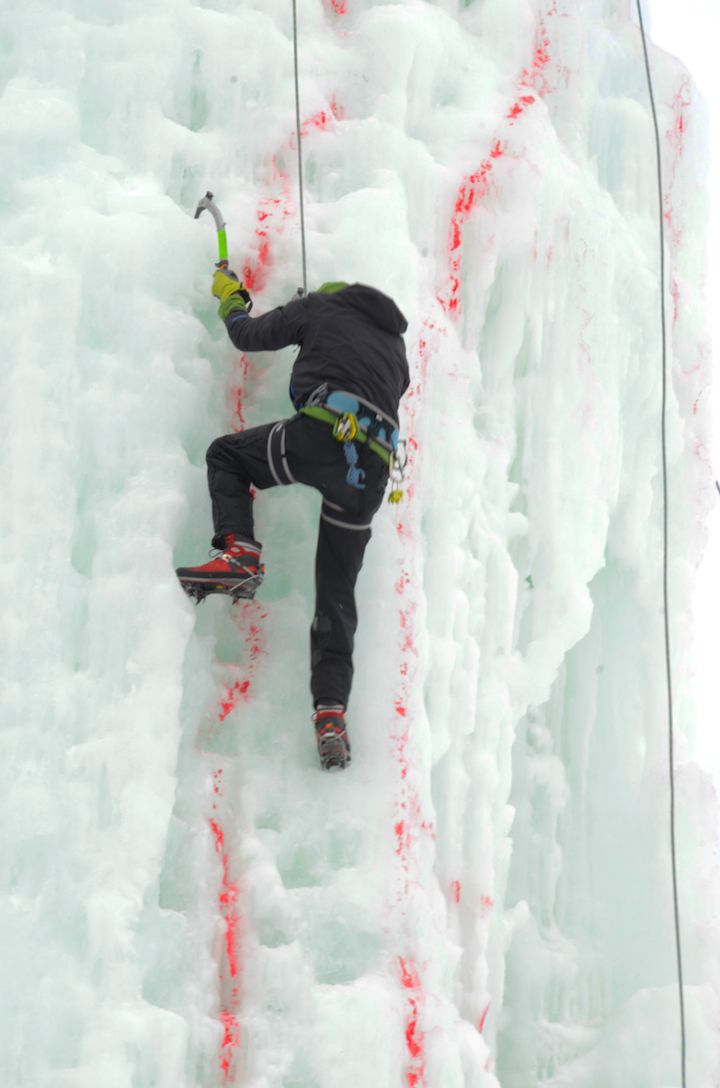 Since the first construction of the ice tower in 1996, the club’s membership has grown to over 104 members.

The CESB was founded in January of 1993, and later that year it joined the ACC. They have an indoor wall at École Précieux-Sang, situated in St. Boniface at 209 Kenny Street. But their pride is the outdoor climbing tower, which is surrounded by a chain-link fence and sits next to a small warming hut.

They’ve built a community around climbing; there’s an incredible amount of trust placed in each other, as the climbers are often putting their lives in their belayers’ hands. Safety is paramount, and everyone looks out for each other, even during competitions.

Ray and Jackie Hope started climbing about year ago. “We went to Japan last year, and then we did some climbing there, just going up mountains and then walking,” Ray says. “So we came back and thought we wanted to do more of that.” They began at the indoor wall at École Précieux-Sang, and moved on to the ice tower once it was completed.

For Jackie, it was a sport that scared her at first, but had its own benefits. “At the time I was really stressed out, and it really shifted my perspective on a lot of things. It just made me realize that there’s a world outside of my office that’s fun.”

Another climber, Adrien Perras, is continuing a lifelong hobby. “I’m your basic little boy who climbed trees, and I built treehouses, and climbed in sand pits,” Perras says. “And one year, for father’s day, my wife got me an intro to climbing course at Vertical Adventures. And I got just totally hooked.”

Perras describes the experience of climbing as exhilarating. “You’ve done it all on your own power,” he says. “Look where I am, and I did this with my legs, and my arms, and my skills!”

If you’re hoping to climb the ice tower, don’t worry about bringing equipment. “Dress in layers, have good socks, good gloves, a good toque (without a pom-pom because you need to wear a helmet) and a good attitude,” Mahé says, and they’ll provide the rest. Winnipeg, climb on!

The ice tower is located at 141 Messager St. Learn more about the CESB at cesb.net.