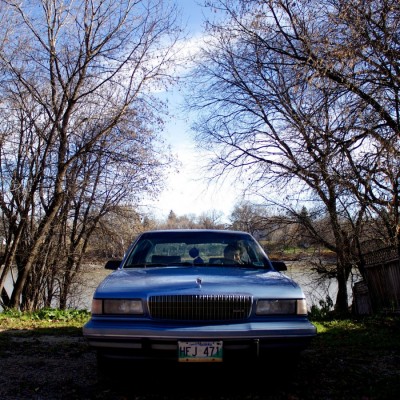 The Sammy Singer LP starts off with “Never Winter”, opening with an ear-catching, booming drum sound. The song softens, then gains weight and depth in the fullness of voice and sound, peppering in guitar and drums.

This upbeat, beach rock inspired sound is well paired with the sandpaper timbre in Sam Singer’s voice. The song has an intoxicating feel to it, switching from a full booming voice to an ethereal, coy one.

You feel as if you’re in the garage, jamming with the band. The song takes an impressive switch, introducing a creep-Motown breakdown, with electric, scratchy, animalistic vibes that take you away to a psychedelic space forest.

What I find truly outstanding about this ensemble is their ability to jump between vocal styles and modifications, bringing this band out of a realm purely defined as garage or beach rock.

We hear transmission sound effects that give this band a spacey, electric groove into their song, “Sistor”. “Wauneta Park Plaza” rolls in drums, vocal play, and a relaxed intro, transforming into a desert/beach rock session with alien-like vocals.

“The Hipper the Girl, The Harder the Fall” is the first time we truly get to hear the beautiful rich timbre of Sam Singer’s vocals. The song takes a trance-y, gloomy, feel before hitting pavement and getting really gritty and full. “One Dimensional” hits an apathetic rock tone that slowly weaves the many stylistic facets of this album together.

The most pivotal song of the album is “Interlude.” We hear dialogue and vocal tone bending mixed with acoustic guitar that feels like we’re re-rooting before the album’s close. By the end of the album, we revisit weighted, energized space sounds that move into an echo-y, yearning and steady drawl.

For the album’s end, we hear gothic style piano and haunting vocals that are cavernous and deep, ending a little metal with a cyclic drone in the background.