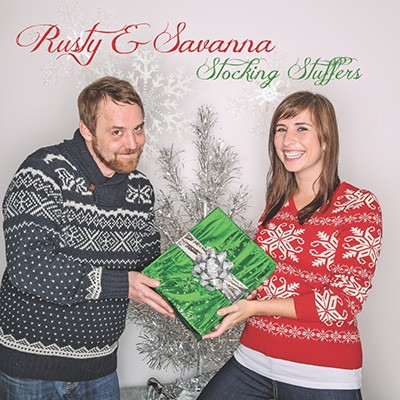 Christmas records are hit and miss - classics from Vince Guaraldi and Phi Spector beat out contemporary attempts from The Flaming Lips and Meaghan Smith (who, by removing the "ba-rum-pa-bum-bums" from "The Little Drummer Boy" is now dead to me) but if you can somehow embrace the campiness of Christmas classics while making the songs your own and doing it all with complete sincerity and a pop sensibility that can't be denied, then you must be Rusty Matyas of Imaginary Cities. Joined by his wife Savanna, the pair delivers 14 holiday treats, from covers of contemporary hits (Tom Petty's "Christmas All Over Again", Mariah Carey's "All I Want For Christmas Is You") to the fireside favourites ("Let It Snow", "Feliz Navidad") and their own original (the sugary sweet "Under the Mistletoe"). The disc is cohesive and clean, with Rusty's musicianship and production fleshing things out, hitting all the right notes for the most fun you've had since schools were allowed to call a Christmas concert a Christmas concert.