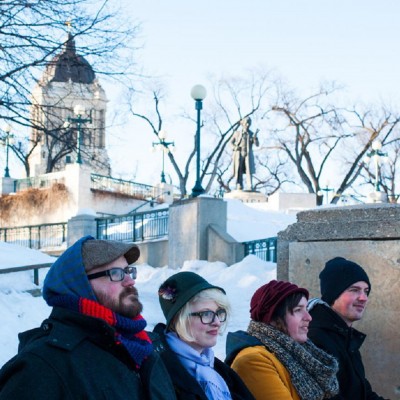 How do you nail down some diversity on a three-song EP without mixing things up musically too much? Simple, have male and female voices on the record. In the case of autumn still’s debut offering, guitarist Trevor Graumann, keyboardist Jessica Cuddy and bassist Bethany Swanson trade things off with blissful results. “Long Terms” holds the type of laid-back catchiness that you don’t even realize you’re singing along to until the lady on the bus gives you side-eye, while “Bartholomew” gives Julie Doiron a run for her money. “Our Last” could slide alongside Dog Day’s mellower cuts, with the beautiful banter between the vocalists playing well between the lush instrumentation that builds to a controlled few seconds of chaos. A solid introduction.