How the film industry is progressing and changing

The Winnipeg film industry has been growing in recent years. In 2016, the film industry in Manitoba brought in $127 million in production, and Carole Vivier, CEO of Manitoba Film and Music says this year is anticipated to exceed $150 million.

While the growth in the industry is creating more jobs and opportunities for local directors, writers, actors and crew, there is still an ongoing issue: inequality. Sexism, and in some cases racism, has been an issue in the industry over the years.

Shannon Guile is a local actress and stuntwoman who has been in the industry since 2010. Guile says she trained at the University of Winnipeg (U of W) and was acting in plays when she shifted over to the film world. She first had opportunities to do stunts before she got more into acting.

“We (Winnipeg) didn’t get many films when I first got out of university. And then they started picking up more and more,” she says.

In the stunt world, others on mostly male crews have made odd comments to Guile. 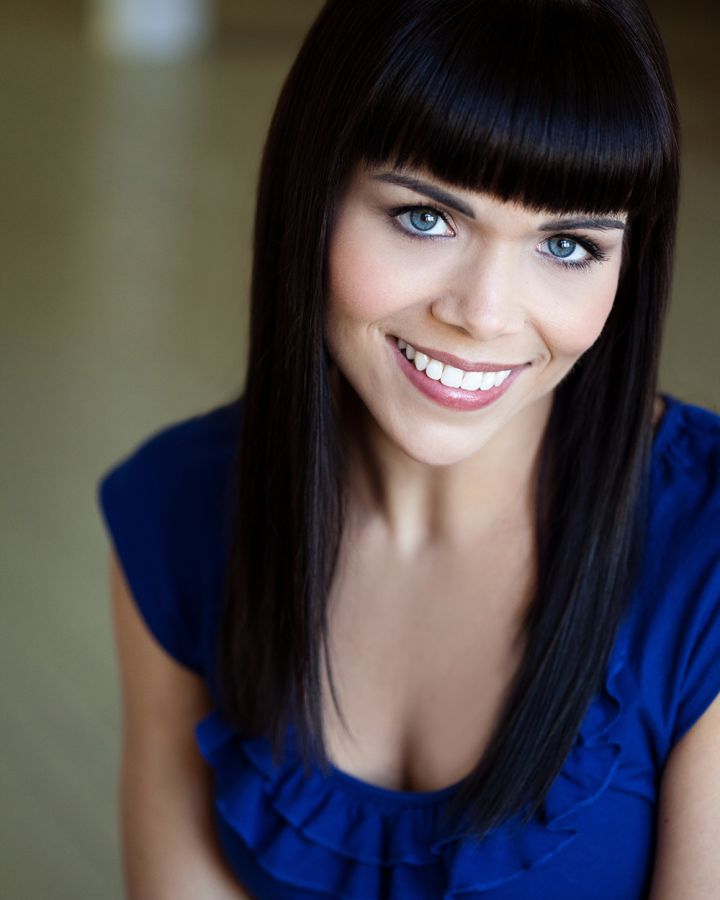 “Sometimes the things that they will say seem very condescending, like ‘oh isn’t that nice you get to do this?’” she says. “No it’s not nice, this is something I trained for, and it’s something I deserve. And would you say that a male? I don’t think so.”

The International Alliance of Theatrical Stage Employees (IATSE) is an international labour union that represents workers in the film industry. Robert Rowan, a representative from IATSE says that in Winnipeg, they have 324 full members, 91 of whom are women.

Nicola Baldwin says she’s been working in union film for a year now. She noticed over a course of three different shows how her perspective and experiences changed.

At first, Baldwin was in awe of the process of working on her first film, which was a Hallmark Christmas movie.

“All this sparkles and (I thought), ‘oh look it’s so magical! Look at all the twinkly lights and how it looks in the camera,” she says.

Baldwin says on her second show, she started working in the camera department as a camera trainee. That’s when she noticed the environment was more male-dominated, with men in power positions.

“I was recently in a conversation with a (crew member) where they said ‘yeah, it’s a boys club, and you’re better off working in Toronto or Vancouver or maybe just becoming an engineer,’” Baldwin says.

“I have no interest in becoming an engineer. I mean, at least you picked a more powerful job. To say that I’m not worthy of working here, or that I can’t fit in here even though I’m perfectly capable of doing the job is a big slap in the face.”

Tina Keeper is an Indigenous artist, actress and producer. She got involved with theatre in the late ’70s through a theatre group that was run for and by Indigenous youth, which ran out of the Indian and Metis Friendship Centre.

“At the time – it was circa 1980 – there was really no sense that you could be in television or film as an Indigenous artist, so it wasn’t something I even aspired to or considered,” she says. “And I wasn’t particularly interested in trying to create a voice (that would speak)  to mainstream Canadians.”

Keeper continued to study acting at the Centre for Indigenous Theatre and the U of W. She says it was fortuitous that she landing the lead role in North of 60, which was produced by CBC, Alberta Filmworks and Alliance Films Corporation.

She notes that she grew up in a very different time where people didn’t feel like they could really challenge the status quo, so people just went along and did what they wanted to do.

“There was a lot of negotiation that had to go on, a lot of discussions,” she added. “I don’t think people were malicious, they just didn’t know each other.”

“Why do we even have to have these discussions?” Keeper says. “But it shows how much privilege gives people (the inability) to see.” 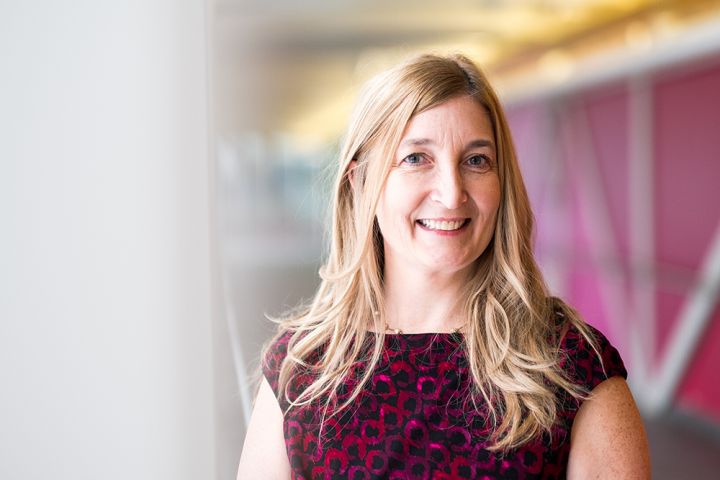 “I feel that I did not experience sexism on set as a technician as much as others did, due to my mentor – and one of the few female first camera assistants at the time – with whom I worked a lot,” Jen Beasley, the head of development at Buffalo Gal Pictures says.

“She made it clear to the men around us that she did not tolerate that for herself and for her team, and I think I was protected from a lot of that the way another female second assistant working for an all-male team might not have been.”

Beasley started working in the film Industry in Toronto in 2000 as a camera assistant.

“It amazes me, looking back, how much I brushed off while working on set in a mostly male environment – the flirtations, the comments, the sidling up, claiming close quarters as an excuse, the good-natured hugging,” she added. “And that was while feeling ‘safe’ and ‘protected,’ as mentioned. But you can normalize almost anything when it’s your everyday experience.”

Beasley says women like her mentor, Rita Jansons, are why there has been a change in the film industry.

Vivier says she thinks “it’s good to see a healthy balance where it's (the industry) not dominated by one group or another, by one gender or another.”

“Many men are very aware of areas where there could be growth for women. And I think one of the areas we would like kind of target and look at working on more is certainly women behind the camera, whether they’re directors, DOPs (directors of photography), working in the grip light department – those are kind of non-traditional areas for women,” she says.

Keeper says right now is a really interesting time for women in the industry because society is starting to see the dynamic against women, whether they’re conscious of it or not.

“It was sort of implicit in the system. It was systemic, and people largely don’t know that they have that kind of bias,” she says.

Guile says she thinks because there’s so many men on crews in the industry, that there’s a culture that comes with it. But, she notes that now it’s changing.

“Now I’m seeing way more women and more people stand up for themselves, and thank goodness we have unions, but it’s still very prevalent,” she says.

“I feel really bad for people who are crew members, because it is still a very male-dominated world, and it’s very macho. And I don’t necessarily think that everybody intends to be that way. In fact, I’m pretty sure that they don’t,” Guile says.

“And even the people who have treated me differently, I know are at heart feminists, like the males. They’ll be the first person to stand up for a female if they saw something they thought to be not equal or injustice. And they themselves have done and said things where (I thought) ‘you would not have done this if I were male.’”

Baldwin says she got a call to be a camera assistant, an upgraded position. She’ll be working as a second camera assistant on an upcoming film after being told she should move away.

“It was a huge emotional thing to hear after being told ‘oh yeah, go somewhere else, you can’t get work here,’’ she says.

Rowan from IATSE says in 2016 there wasn’t much work, so not as many people applied to the union. But, with more work this year, there has so far been 35 new members with 14 of them being women. The 14 women are in a number of different departments and crews.

Beasley notes that she keeps in contact with people she used to work with in Toronto over Facebook, she and says she’s seen friends posting pictures with all-female camera teams, which never used to happen.

In her new position as head developer at Buffalo Gal Pictures, she’s getting a lot of material sent to her from creatives and producers.

“I work for a company that was founded in ’94 by a woman when women were not doing those things … She started it as a woman to tell universal stories but also the female stories that weren’t being told,” she says.

Keeper says she’s so impressed with the Manitoba industry, where 49 per cent of production companies are owned by women. Those companies range from smaller productions, making not-for-profit videos, to feature films like JT Leroy, starring Kristen Stewart and produced in part by Buffalo Gal Pictures earlier this year.

“You know Norma Bailey, Phyllis Laing, Kim Todd – I mean, these women are just solid. They have such fortitude and kept producing and kept creating. They’re amazing. They’re the role models,” she says. 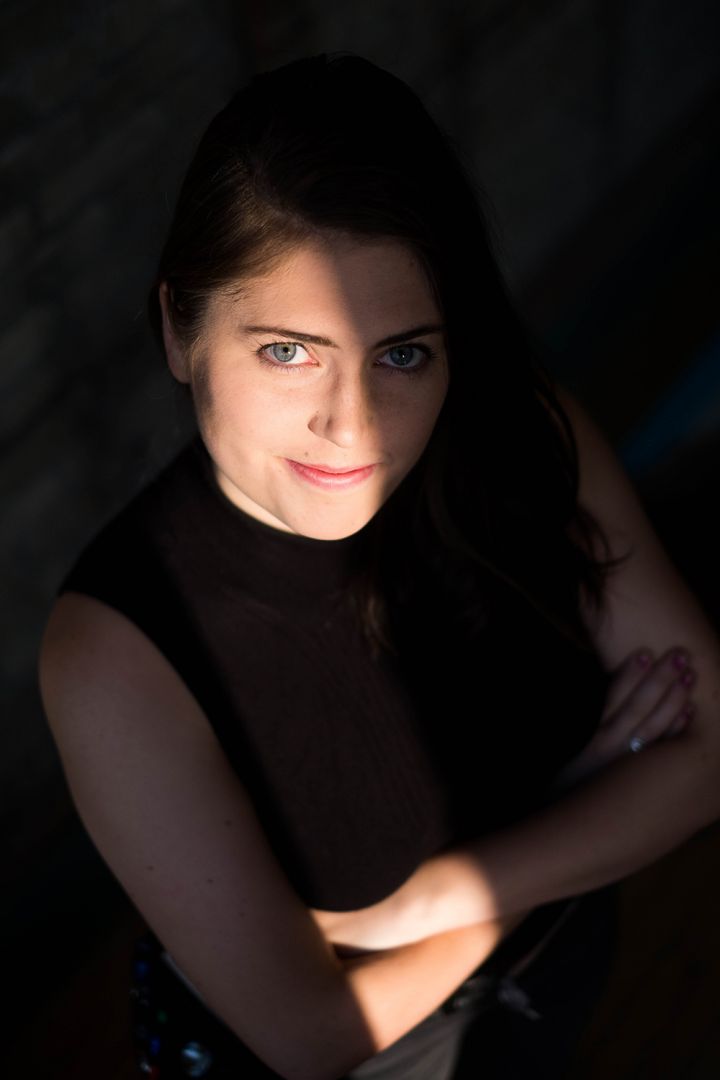 Keeper says there are certain situations where you need to stand up for yourself, but it can take time to be comfortable calling people out.

“Where you do encounter stuff, you just have to say something. I just recently went through a situation where someone was challenging me, and I couldn’t even get (what he was saying). It was a left over thinking from the ’60s,” Keeper says. “I just said that’s not okay … and this is what I think. But again, I’m 55. I’ve really grown into saying what I need to say to people’s faces.”

“The first thing I would say is ‘Is there anything else in the world that you would like to do?’ Because if there is, do that. Not because I think that I‘m so jaded or anything like that,” Guile says. “It’s a hard industry and you have to make some pretty big choices.”

Once you know what you want to do in the industry, Beasley says to go for it.

“Keep your eye on the goal and don’t listen to anyone who tells you ‘you can’t do it,’” Beasley says. “I just wanted to do it so badly – I just refused to hear anything like that. I refused to allow for the possibility that I couldn’t do it.” 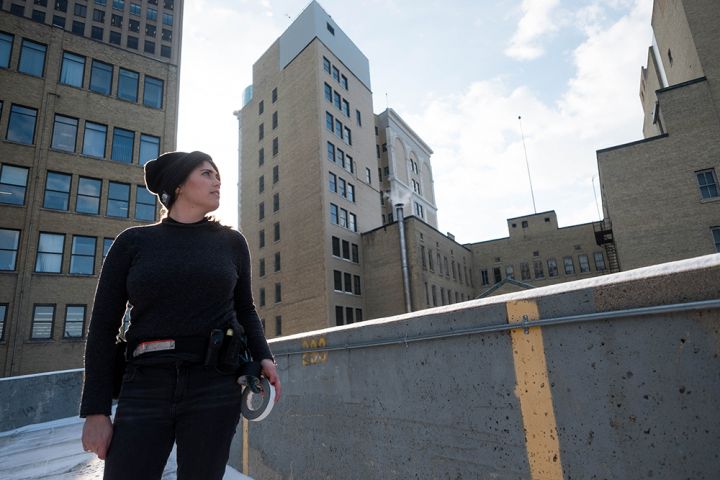 Baldwin says that confidence is essential for her job

Manitoba Film and Music, Winnipeg Film Group, IATSE, the Directors Guild of Canada, Film Training Manitoba and On Screen Manitoba all offer workshops, groups, courses and networking opportunities for people interested in becoming a part of the film industry.