Every Kind of Light EP

This one plays at my love of ‘90s noise-pop (think anything Lou Barlow did or Sub Pop released) and comes from local longhairs David Dobbs (vox/guitar) and Matthew Powers (drums). It’s the first release from this incarnation of Winnipeg duo VAMPIRES and it’s a heavy little offering. Opener “Not Waiting ‘till Fall” kisses you deadly, while instrumental “Riff Rise” is just that. “Winnipeg Song” cleans up Dobbs’ usually distorted vocals, the rawness coming through nicely and meeting the loud/quiet/loud of the instrumentation. Closer “There’s No Kissing Anymore” is a fuzzed-out dirge for the masses that sticks in your ear holes long after you’ve left it. It’s dirty yet catchy, rough yet focused - what Ladyhawk could have made post-Shots instead of No Can Do. 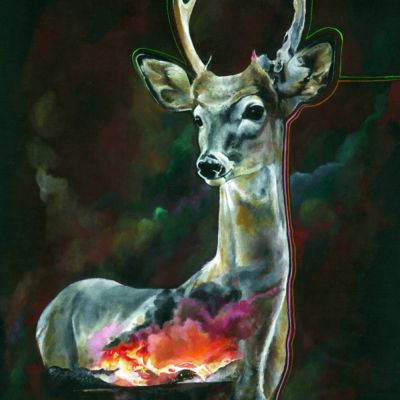