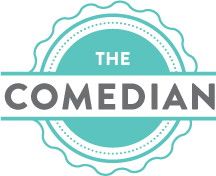 When you meet J.D. Renaud, he comes across as a humble, down to earth, and creative guy. You also get the impression that comedy is something that he just loves to do; regardless if it makes him money or fame. It is his passion for comedy that has pushed him through what hasn’t always been a smooth ride. Renaud’s first attempt at stand-up was four years ago at Rumour’s Comedy Club for a contest, which he proclaims was “terrible, I did terrible, but it was very humbling.” It’s a good thing that he decided to stick with it despite that initial negative experience.

Renaud’s comedy tends to be a little more creative than typical stand-up type fare. Though he does do stand-up, he also produces The Placeholders Show that happens every second Sunday at the Purple Room in the Frame Art’s Warehouse.

“I host it and it’s a one person comedy review showcase,” he explains. “There’s video, stories, stand-up, improv, sketches, there’s all sorts of different stuff going on there. It’s basically a lot of ideas beyond stand up that I want to do.”

Renaud has an authenticity and individuality that he carries with him to every set. “I lack the ability to trick people into thinking that I’m way more gregarious or outgoing or not nervous or not full of anxiety than other people may be at other certain points. I’ve made my neurosis endearing.”

Other projects with which he explores his comedic creativity and neurosis can be found on his website www.theplaceholdershow.com, including videos, art installations, and a blog. In the summer he works full time at Archangel Fireworks. “I'm a stand up comedian and licensed pyrotechnician. I'm basically a demented cartoon character, when you look at it like that.”

Part of the series: The Uniter 30