Some Want To Believe

UFO sightings have a long history in Manitoba

Unexplained phenomenon have some Manitobans questioning if we’re really the only sentient beings in the universe.

People across Canada have sent Chris Rutkowski their unusual sightings and experiences since the 1970s, and he is considered one of the country’s top ufologists.

“It’s a field that people are really attracted to. It’s this quest for who we are, our identity as people, is there something out there, are we alone. All of that sort of stuff, it all plays into sort of an emotional part of our lives,” Rutkowski says.

He first got into the field in the ’70s when many UFO sightings were reported in the media in Manitoba.

During this time, there was an unidentified flying object (UFO) flap around Carman, Man., and Rutkowski says people would flock to the country roads in the area on Friday and Saturday nights to see what was going on in the night sky.

“In fact, there were so many cars there were actually traffic jams – worse than Jets and Bomber games – trying to get to and from Carman,” Rutkowski says.

He’s not sure why there was so much interest then or why so much has changed in Manitoba over the past 40 years.

Rutkowski says the number of sightings has gone up, but fewer are reported in the media.

An Angus Reid report that came out in August 2016 showed that Manitobans are more skeptical than people in other provinces.

“I’m not sure why. My experience is there are still a lot of people out there who believe some very odd things. Why Manitoba? Maybe because it’s the old down-home prairie mentality, doubting Thomas, I’ll believe it if I see it kind of thing,” Rutkowski says.

He says about 1,000 UFO sightings are reported each year in Canada, and an estimated 10 per cent of Canadians say they have seen a UFO. 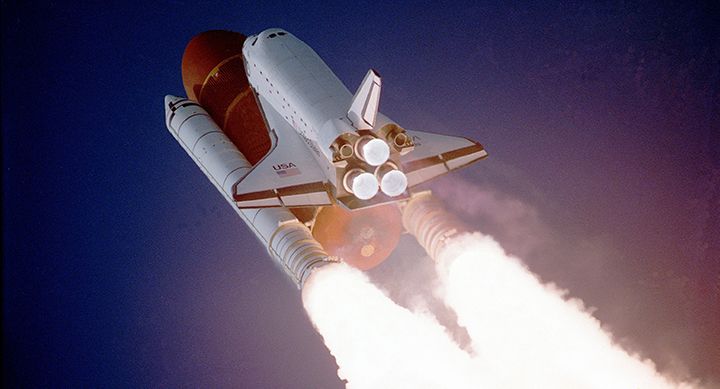 Some illumination in the sky could be caused by human technology.

Actor Topher Li is one of the 10 per cent, although he never officially reported his sighting on the October Thanksgiving Monday in 2003.

He was in the back seat of his friend’s car on their way from Dauphin, Man. to Winnipeg, where he was going to university.

“I noticed that my friend was slowing down the car, and there was a bright neon orange light to the east of us in a farmer’s field. We didn’t understand what it could be,” Li says.

They turned down a gravel road to get a closer look.

Growing up in the small town, he says they knew tire fires, bonfires and tractors don’t emit the kind of light they were seeing. They thought it could be a farmer burning their field, but they could not see or smell smoke.

The closest they could get was to a fence with a “no trespassing” sign in front of it and a hill behind hiding the light source.

He got out of the car to pee before they went back to the highway. Li left the door open, but the wind slammed it shut, and his friends drove away, assuming he was back in the vehicle.

Li was alone on the road, with a strong wind and the light illuminating the sky.

Not knowing what to do, he began walking after his friends. The strange scene was attracting others from the highway, a 15-minute drive away, and he eventually got a ride to Melbourne.

Li says he noticed that by the time they got back to the highway, there was no wind. He could tell by the way the snow was falling.

He found a house with a light on and knocked on the door to use the phone.

“He did say he’d seen lights in the past before. He wasn’t sure if it was real – if it was a UFO or if it was military,” Li says.

Since that experience, Li says he’s spoken to many people and done some research into what it could have been. He’s even found another person who has seen the same type of light in the same area of Manitoba.

“With all the theories out there and sightings, what I’m really curious about right now is if, let’s just say it was an alien aircraft, then why do they keep coming into open areas in Manitoba? Unless they’re just observing or something,” Li says.

He’s just as open to the idea of the illumination having been created by human technology, but he’s avoided the area since. He doesn’t even know if he could find it again.

If aliens are coming to Earth, and the government is aware of it, Li says he is happy to not know. He says he trusts any cover-up is to protect citizens from mass panic.

“There is no proof that aliens are visiting Earth,” Rutkowski says.

While he says most reports to him can be explained, some simply cannot. Rutkowski points to the case of Stefan Michalak, who saw two aircrafts flying near Falcon Lake, Man. in 1967.

He returned home with physical proof of his encounter in the form of a burn he received after touching one of the UFOs, which he claims had landed 30 feet from him.

“The United States Air Force itself concluded that the case was unexplained,” Rutkowski says. 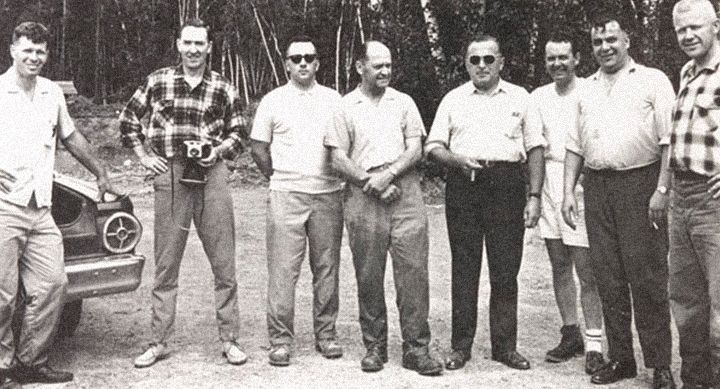 Stefan Michalak (fourth from left) with the Falcon Lake UFO Investigation Team. Michalak’s report of being burned by a UFO cannot be explained by ufologists.

He does not only get reports of UFO sightings. Rutkowski also hears from people who believe they have been abducted by aliens. He says some cases can be explained by past trauma, and other times, people are looking for attention. However, there are cases he’s not sure about.

A nurse once came to him with her story, which she prefaced by saying she doesn’t make up stories, watch TV or have an interest in science fiction.

She told him she came home from work and went into her bedroom to get ready to sleep when she heard a noise in her living room.

“There were these, you know, little creatures. Not the ones that most people think with the oval features, but these were round heads with big, round eyes,” Rutkowski says she told him.

He says she told him she thought someone was playing a prank on her, but then she was onboard a spacecraft with the creatures.

“Her next memory was her being in her bedroom. That was three or four hours later. Her bed had not been slept in, she still had all her clothes on, and she was standing in her bedroom with no knowledge of what had happened besides this vivid waking dream,” Rutkowski says.

A military officer believed he had been abducted by aliens and had some missing time. Rutkowski says he came to speak to him because he felt he wasn’t able to tell his commanding officer.

“That’s the type of thing that people are reporting, and you don’t know what to make of it,” Rutkowski says. “People aren’t trying to get attention. Often they’re in positions of authority or respect. You can’t dismiss them out of hand, but you want to be able to help people.”

Musician Paige Drobot had nightmares about aliens as a child and has always been afraid of them, but she didn’t expect to have an actual encounter.

“The next thing that I remember is there were these nine kind of figures in the room. And then I don’t remember anything after that for a while until I’m in this really sterile metal room,” Drobot says.

The same beings asked her questions about the world’s water supply.

“It seemed like they had told me a bunch of info, and I was supposed to relay it back to them.”

She knew she was answering everything wrong when they started muttering to each other and saying they had the wrong one.

She was living on Clarence Avenue at the time and says she woke up a mile from her apartment on the property of a farm implements factory.

“It had really, really high fences with barbed wire, like eight feet high, and I was inside of the fences, and I was just in my house coat,” Drobot says.

She climbed the fence and then walked home.

Drobot says she’s considered the experience might have been something other than an alien abduction, such as sleep paralysis. However, that wouldn’t explain her waking up away from home in a fenced-off area, unless she sleepwalked and climbed, which she has no history of. 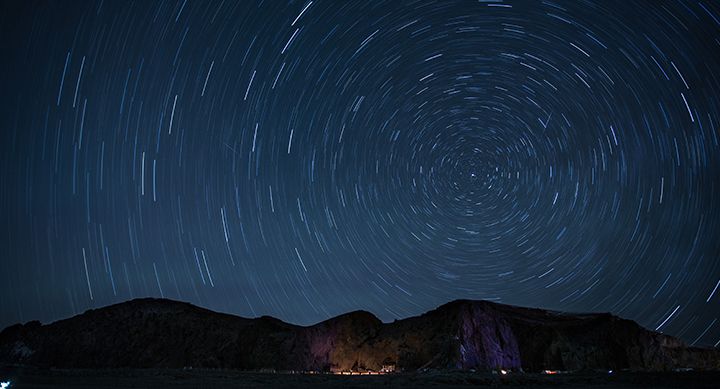 A UFO sighting can be as simple as a light in the sky that can’t be explained by other means.

The truth is out there

Rutkowski had his own strange experience, although he never called it a UFO sighting.

Rutkowski didn’t know what it was, so he reported it to the National Research Council, which was collecting UFO reports at the time. Years later, he found the report of his sighting.

“To me, it wasn’t a flying saucer. It was just simply a light in the sky that I couldn’t explain. But, of course, that’s what UFOs really are,” he says.

Whether a skeptic or believer, there’s a lot for Manitobans to ponder in the ufology department.