On patrol with the Bear Clan

A night building community in the North End

As the sun sets over Winnipeg’s North End, a group of people gather at the Ndinawe Youth Resource Centre. They are preparing to spend the next few hours patrolling the streets and back lanes, by foot and with the aid of a mobile unit. They will be interacting with the community, handing out food, searching for discarded needles, providing assistance to those in need and adding a visible presence of safety and protection to what is considered one of Winnipeg’s roughest areas. These are the volunteers of the Bear Clan’s North End Patrol. 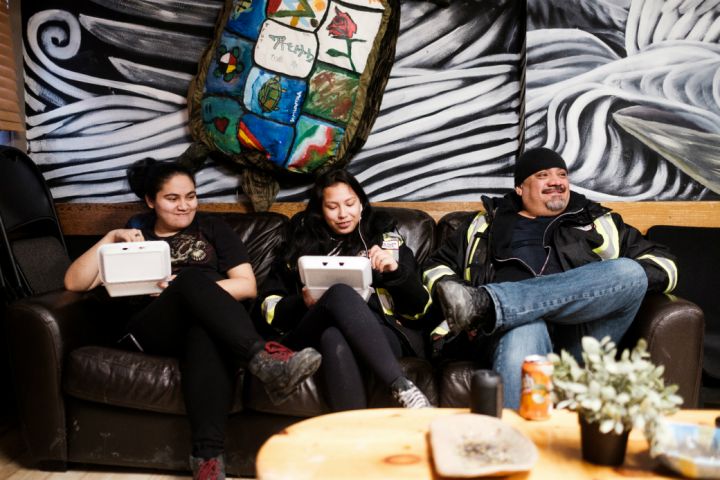 Members of Bear Clan Patrol meet at Ndinawe Youth Resource Centre prior to an evening patrol. 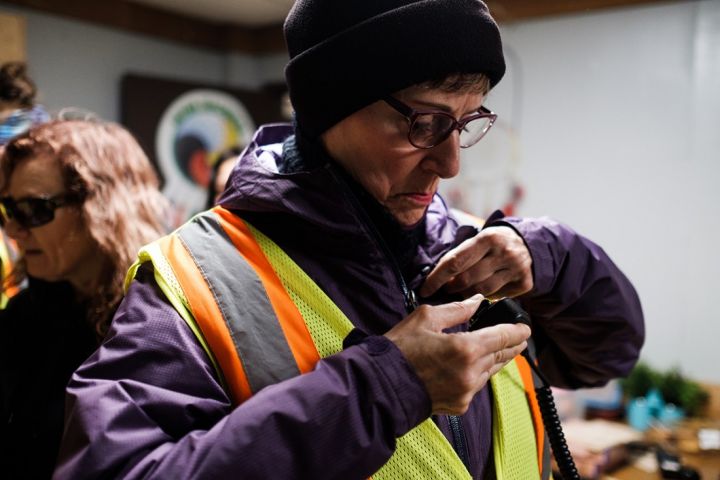 Various patrol groups will use radios to stay in communication with each other throughout the evening. The radios were generously donated to Bear Clan at an approximate value of $700 per unit. 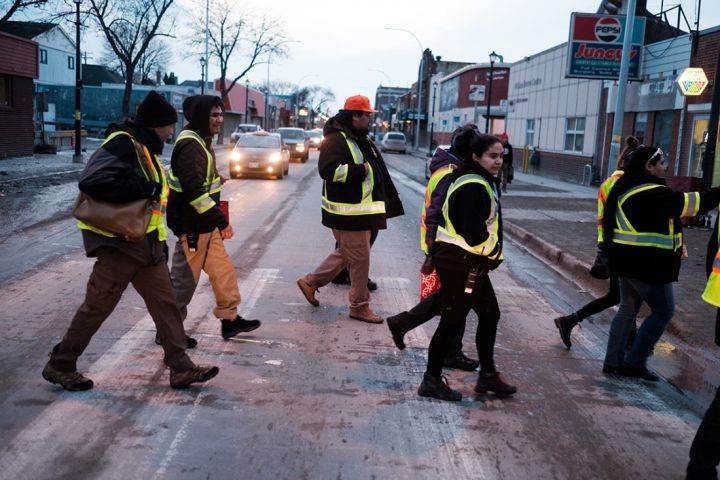 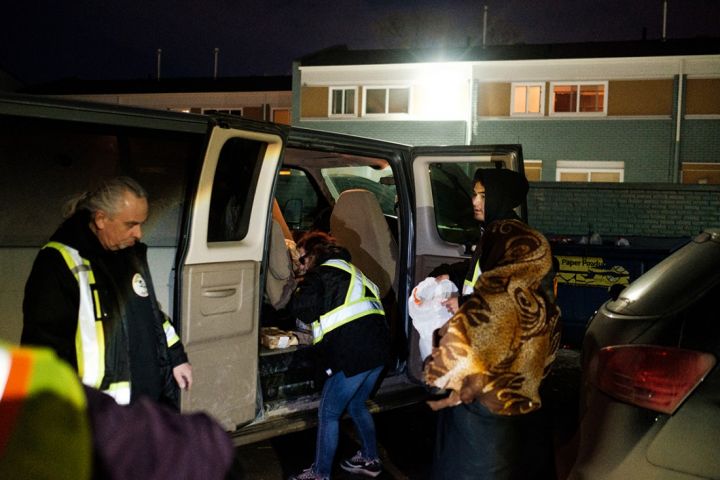 Along with foot patrols, Bear Clan has a mobile unit, which allows the organization to cover a larger area. The van is also used to transport food, care kits and other supplies throughout the community. 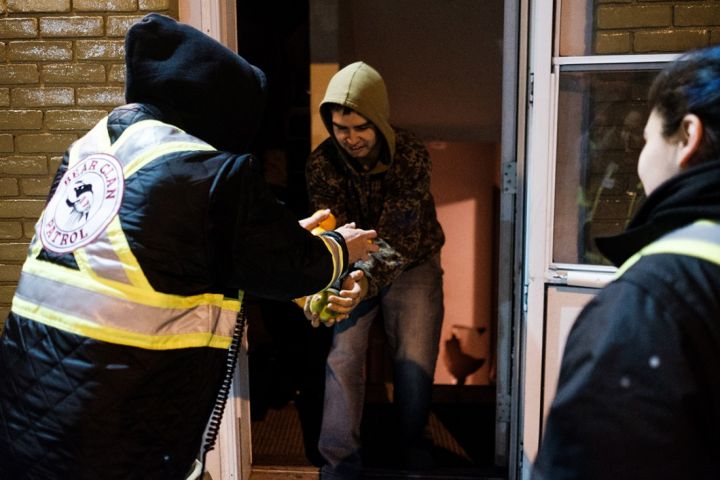 Patrols search through garbage left on the ground, removing any dangerous items, such as drug baggies and sharps (needles). 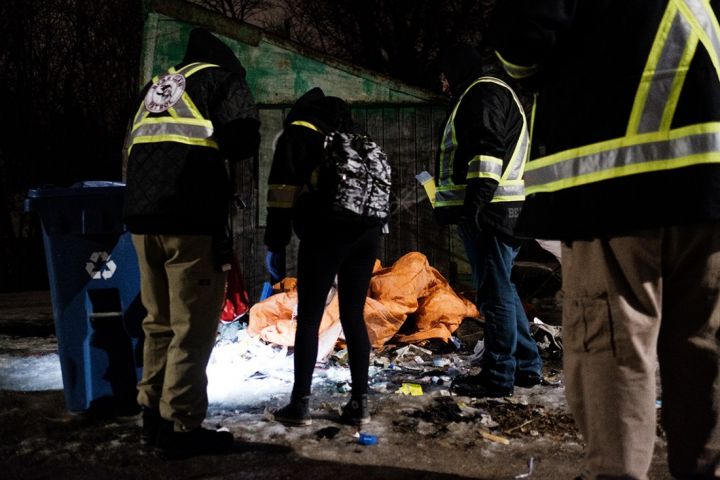 On this patrol, James Favel estimates they found over 120 discarded needles. This number is not especially high. Once, on another evening, patrols found 1,200 needles on one abandoned property alone. 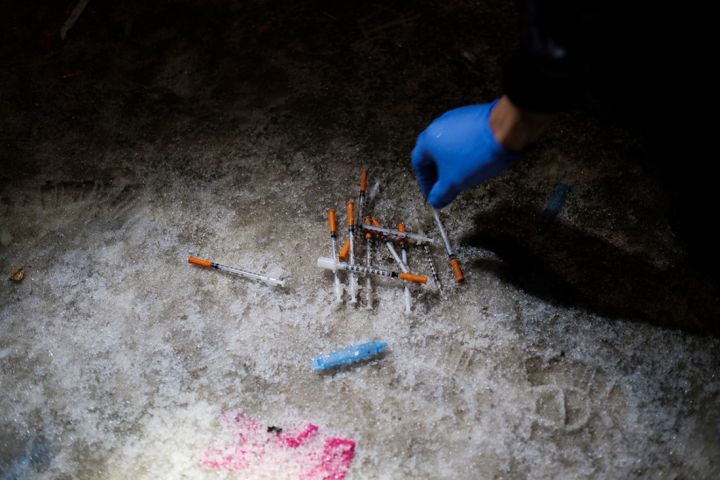 Volunteers dispose of needles and other biohazardous materials in a receptacle provided by the WRHA to minimize risk. Handling such items can be quite dangerous. 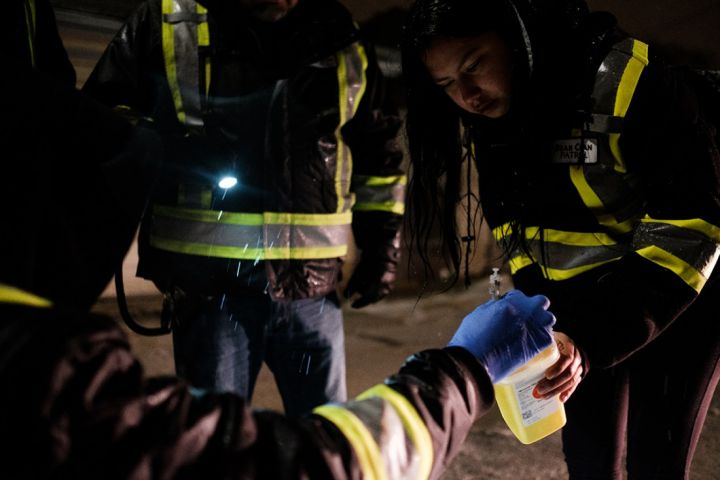