RWB’s version of the holiday classic features scenes of Canadiana

For the Royal Winnipeg Ballet, nothing is more synonymous with the holidays than a local production of Nutcracker.

The two-act ballet is based on the 1816 book The Nutcracker and The Mouse King by E.T.A. Hoffmann, which tells the story of a young girl named Clara and her Nutcracker Prince who have adventures battling an army of mice and meeting the Sugar Plum Fairy in the Land of Sweets.

The original was performed in St. Petersburg, Russia in 1892 with a musical score composed by Pyotr Ilyich Tchaikovsky, and over a century later the RWB is bringing this classic to life in Winnipeg with a few adjustments.

This newer version, which premiered back in 1999, is partly set in the ‘Peg on Wellington Crescent. It re-enacts a pond hockey game and is choreographed by Galina Yordanova and Nina Menon.

“It’s a bit of a departure from what we were doing before, which was yet another version that was set in Germany and did not celebrate Christmas,” says RWB artistic director André Lewis. “Now that we’ve been doing this version for over a decade, it’s the same by and large, but there are always small adjustments we make to the choreography, the set and the costumes. We have added a lot more children to it over the years to make it more festive and to celebrate the fact that it’s Christmas in Canada.” 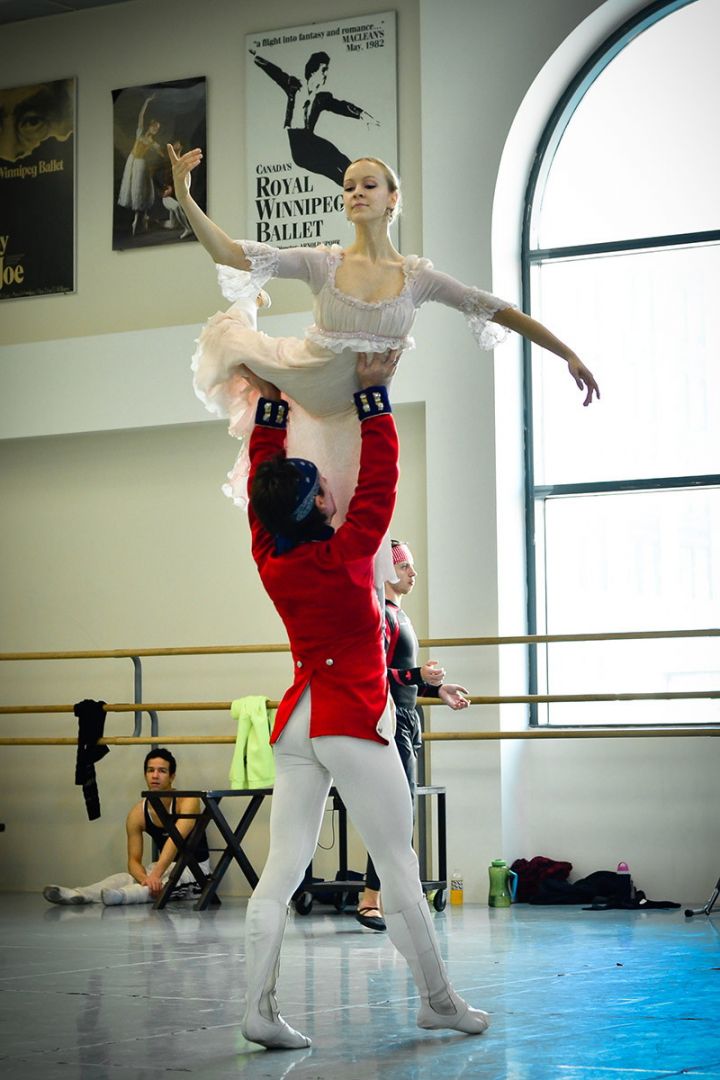 Each year about half of the large cast sticks around while others move onto other performances. For the lead role of Clara there are five different dancers who will take turns performing on different days.

“It’s a big undertaking, it takes several weeks to put together and it’s one of our biggest shows of the season,” Lewis says. “It’s also a great opportunity for the younger generation to gain experience in lead roles. Every new generation of dancers that undertakes a role wants to do it even better than the last.”

To help keep it fresh the RWB has also started inviting local celebrity guests onstage, and while Lewis can’t say who will be there in 2013, Olli Jokinen from the Winnipeg Jets, former premier Gary Doer and television personality Sylvia Kuzyk have made appearances in previous years.

The wardrobe department also plays a huge role in bringing this ballet to life. The elaborate costumes are all machine-sewn, and all the beautiful little details are completed by hand.

“We stick to the same design every year so the biggest task is just fitting the costumes, especially since we have a change in cast and most dancers have more than one role unless they’re a lead character,” says Barry Malenko, a member of RWB’s wardrobe department who has been working on costumes since this version premiered in ‘99.

“There’s a lot of detail that goes into the Mouse King in particular. It’s very colourful, interesting and fun to put that one together each year.”

Nutcracker runs from December 19 to 29 at Centennial Concert Hall.

Head to www.rwb.org for the full list of ticket prices and more info.