The Pinkertons & the state of Manitoba film & television production

Kansas City, Missouri, 1865. A train engine belches white smoke across a blue sky as Allan Pinkerton reprimands his adult son, William, beneath the shadow of the Dubois Hotel. Nearby people stand silently and watch, iPhones and Starbucks cups gripped tightly in their hands. With a call of the word cut, we are whisked back to Grosse Isle, Manitoba, 2014 and to the set of the new syndicated hour long drama, The Pinkertons.

The show is a fictionalized account of the real life adventures of Allan Pinkerton (Angus MacFadyen, Braveheart), founder of the Pinkertons Detective Agency. The plot follows the sleuth and his eponymous agency, which included his son William (Jacob Blair, The Grey) and America’s first female detective, Kate Warne (Martha MacIssac, Superbad) as they solve all manner of crimes and mysteries in the post-Civil War old west. 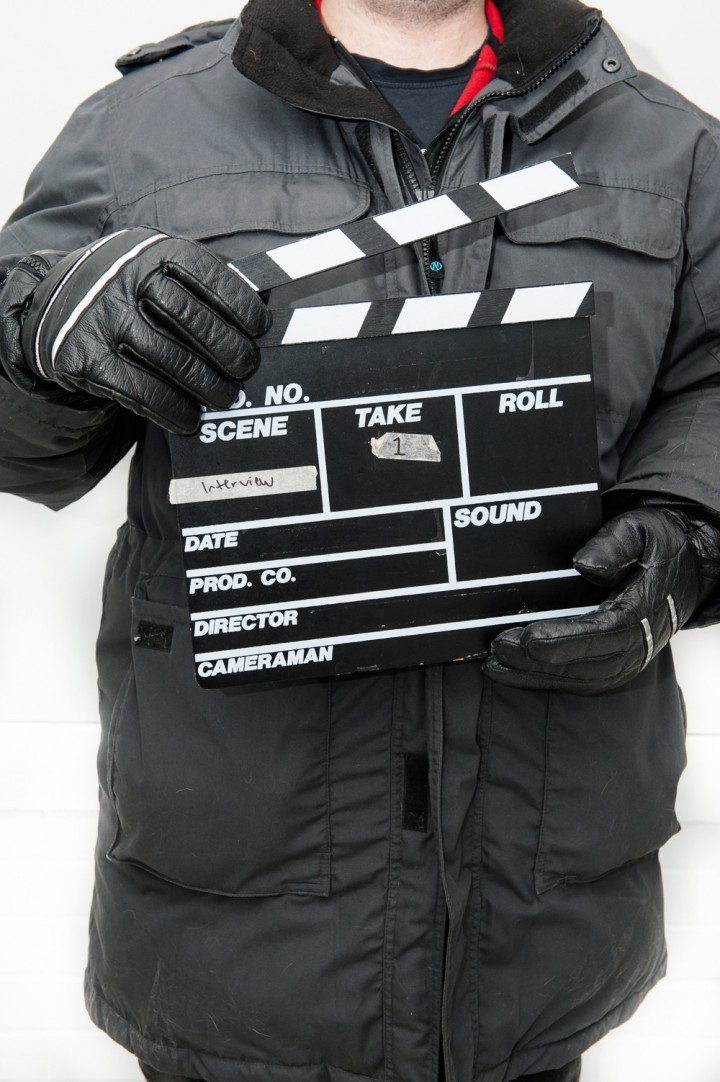 Spirits are high on the set, made up largely of Manitoban crew members. The state of film production in the province appears very strong at the moment, as Réjean Lebrie, production designer on The Pinkertons, will affirm.

“The government is right behind us with the tax credit,” Labrie, who gained experience in the western genre as a set dresser on The Assassination of Jesse James, says. “There are like five different projects being filmed at once in Manitoba (including the new comedy series Sunnyside, thriller/ horror flick Wait Till Helen Comes, local Sean Garrity’s latest Borealis and the Paul Gross war film, Hyena Road). It’s actually difficult to find crew. The industry is healthy and slowly growing.”

“The quality of the content coming out of Canada right now is really good,” Blair says. “Some of it’s making the crossover into the states. Like (Canadian shot drama) Flashpoint (which aired on CTV in Canada CBS in the states), people were just loving the show. I think we’re making a comeback to be on par with the United States.”

“ It’s kind of funny. The creators of the show are in Los Angeles, and the writers are in Toronto. Here they are, coming up with these wonderful outdoor scenes, but I think we’re gonna have to send them a note and ask them to start writing more indoor scenes. ‘Okay guys, we don’t want people to get frostbite up here.’

Blair also stresses that the Canadian film industry can be an excellent path to bigger Hollywood productions, having had the the opportunity to work with director Joe Carnahan his Vancouver-lensed films The Grey, Smokin’ Aces 2: Assassins’ Ball and The A-Team.

“There were a couple of roles up for The A-Team that (Carnahan) was willing to give to local actors,” Blair says. “I was very fortunate, incredibly blessed and lucky. He just liked my audition tape and on set, he liked what I did with the character he gave me. It was a good combination of working hard and luck. Joe and I still keep in touch to this day. He’s a great guy.” 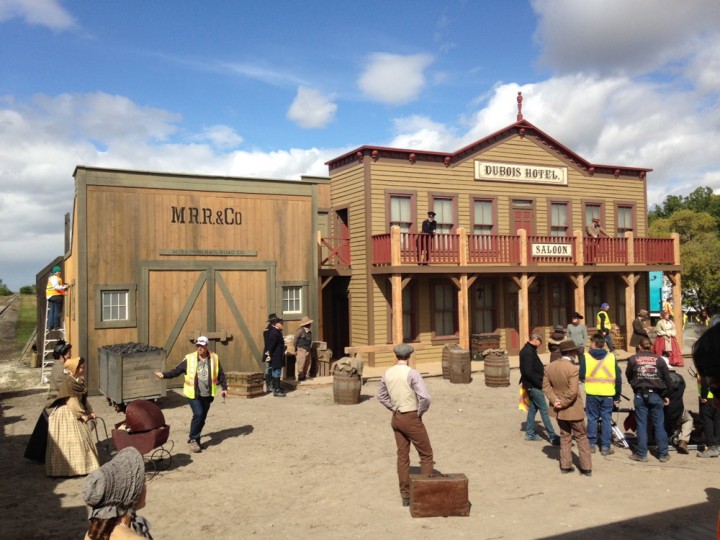 “The margins are getting a little thinner,” Gibbs, a veteran of such local productions as Goon and Fear X, says. “I don’t want to get too political but these days, it’s a little more expectations for a little less money. Budgets are getting smaller. Things are tough. But that’s across every industry. It’s like how the world economy is going.”

The show’s firearms safety coordinator, Dave Brown, (New in Town, You Kill Me, The Lookout) insists the local community is sensitive to the needs of working film and TV productions.

“The cooperation we get from the city of Winnipeg is just unprecedented,” Brown says. “The Toronto police charge a lot to have an officer on set whenever you’re firing a gun. In Winnipeg, as long as they have a permit and as long as I’m there, the police are fine with it. Their only concern is keeping people safe and making sure everyone’s following the rules. It’s not a money making venture like in Toronto.”

Todd Berger is a packaging agent who represents production companies, distributors and financiers, and helps assemble projects like The Walking Dead and The Pinkertons. Berger saw an opportunity to put a show together that would appeal to a family friendly demographic.

“One of the original distribution platforms is first run syndication, which is made up of station groups from around the country that aren’t big enough to be networks,” Berger says. “So we looked at this landscape, where there used to be a lot of activity with shows like Baywatch and Hercules but the business went quiet. We wanted to bring original, scripted drama back to that market.”

Berger employed an atypical approach to land financing for The Pinkertons. 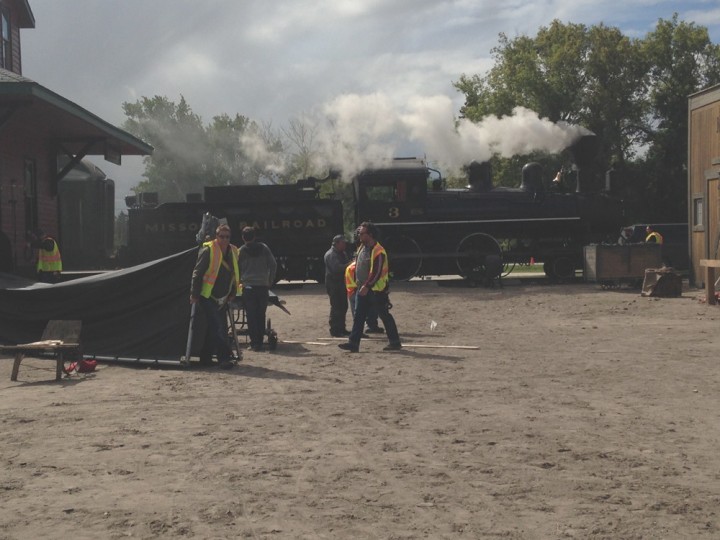 “When you normally pitch a TV series, you work with a writer to develop and then, you go pitch to a studio or network,” Berger says of collaborating with show creators Kevin Abrams and Adam Moore. “You go through the development process and maybe get a pilot made and maybe get a series on air. We bypassed that whole development part of the process and put a financing plan together to put the show straight to series. It’s a very non-traditional way to put a television show together. We don’t know if anyone has done this before.”

“If you need 70 Civil War uniforms right away, it can be a bit tricky,” Neale says with a laugh. “If you need multiples of the same clothing item, there is no 1865 store where we can just go buy them.”

Instead, the items need to be rejuvenated to remove nearly two centuries of wear and tear, which also applies to the prop department.

“We’re recreating items, based on the technology that was around in 1865 or taking things, revamping them and making them look new again,” Gibbs says. “The items obviously can’t look old. We bring them back to their original state.”

Despite all the work required for such an elaborate undertaking, Brown believes it’s all worthwhile.

“We tend to be perfectionists,” the firearms safety specialist says. “I wouldn’t use a gun that was 1867 vintage if it was 1865. It’s great working with a cast and crew that are as perfectionist as I am. We want to get everything exactly right.”

The show, which premiered on New York affiliate WPIX (available on MTS and Shaw cable) earlier this month, depicts the infamous detective agency in an honest, but flattering light. This could be due to the fact that Pinkerton agent Charles Siringo, who accused the agency of corruption in his 1915 memoir, was only 10 years old when the show takes place.

“We portray the agency warts and all,” Berger says. “But during this period of the Pinkertons existence because the company was so new, they were really held in high regard. They were helping a lot of people and businesses with many cases of murder, bribery or extortion. They were really very heroic.”

But the most common worry among The Pinkertons crew could be the impending Winnipeg winter.

“Every location has its challenges,” Berger says. “Talk to me again in January when it’s -32 and we’ll see how it’s going.”

Brown is quick to point out the benefits of the icy weather.

“The series takes place in Kansas City, which is a lot like Manitoba as far as weather is concerned. They have winter and snow, so that’s how we’re filming it. On The Pinkertons, the story will evolve across the seasons, from the summer right through to the winter.”

Gibbs knows the troubles of working in Manitoba winters all too well.

“I’ve shot in places where propane won’t work anymore because it has gone back to a liquid and that only happens at a certain temperature,” Gibbs says, laughing. “Uh oh! No propane camp fire. It comes down to things like figuring out how to keep paint warm or how to keep your tools from freezing. But I have seen some innovative stuff from Manitoba crews. You just gotta keep working. You can’t let the weather stop you. We just switch from carts to sleds.”

Blair agrees, but admits he’s already bracing himself for the drop in temperature.

“I’m stubborn when it comes to stuff getting in my way,” Blair says. “It’s gonna suck! Don’t get me wrong. But I’ve worked so hard to get here, I’m not gonna let the cold get in my way.

“It’s kind of funny. The creators of the show are in Los Angeles, and the writers are in Toronto,” Blair says. “Here they are, coming up with these wonderful outdoor scenes, but I think we’re gonna have to send them a note and ask them to start writing more indoor scenes.

“‘Okay guys, we don’t want the people to get frostbite up here.’”