I knew very little about Labor Day before going in to see it. I knew it was directed by Jason Reitman, who was behind such recent successes as Up in the Air and Juno. I knew it starred Kate Winslet and Josh Brolin, two actors I’ve always liked and respected. And I knew it was being marketed as this season’s answer to The Notebook, a period romantic drama about impossible love.

So imagine my surprise when the film began with a terrifying, bleeding man taking a single mother and her young son hostage. I thought to myself, “Is this a horror movie?” It certainly felt like it. This deranged, dangerous person has a vulnerable family at his mercy. But, it turns out he’s gentle, a handyman, a master chef, and generally a saint.

If that makes you roll your eyes as hard as mine did, Labor Day isn’t for you. The romance at its core doesn’t work because this is a dangerous person! Reitman wants the audience to root for Winslet’s mother and Brolin’s fugitive to get together, but I never do because it is a terrible idea. His predatory personality meshes with the film’s predatory attitude towards sex. This isn’t a minor detail; the movie is drenched in a creepy adolescent sexuality that may have been there to serve the romance, but instead feels threatening.

After watching Labor Day, I can’t help but wonder what Reitman was thinking. After making such thoughtful comedies as Thank You for Smoking and Young Adult, why make a melodrama that completely lacks a sense of humour? I make it a point to judge the movie I saw, not the one I wanted to see, but this still feels like a wasted opportunity. 2014 could have seen a new Reitman comedy. Instead, we got what feels like a Lifetime movie with better cinematography. 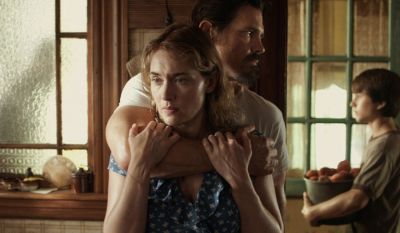