Christian and Sean Procter, aged 41 and 38 respectively, are putting hometown musical legends on the map for fantastic music videos through their company Procter Bros. Industries (PBI).

Their video for B.C. spoken word artist Shane Koyczan’s To This Day Project has received over 12 million views on YouTube alone. In 2013, at the Western Canadian Music Awards in Calgary, the brothers won Video of the Year for JP Hoe’s song “Nothing’s Gonna Harm You.”

They recently put out videos for The JD Edwards Band’s “Going Down to Mexico” and “On Top” by The Lytics. The Procters say there are tentative plans to create a video for a song from a recently finished new album by Danger Cat.

The brothers moved into an office on Arthur Street in November 2013 after launching their company two years earlier on Selkirk Avenue. The siblings love Winnipeg, especially the North End.

“I really think the thing that is going to make a difference in this city is to unleash all the great creative ideas and people that are here on the rest of the country, the rest of the world,” Christian says.

In 2011, before PBI, the brothers were volunteering on the campaign of NDP candidate Kevin Chief, now the MLA for Point Douglas. People on the team discovered Christian was an artist and asked if he would do an illustration for the party.

He pitched the idea of an animated video, and although he’d never made one before, believed he could figure it out, and asked his brother to help. Sean had recently returned from travelling after a decade at Archangel Fireworks and took up the offer.

After the campaign they were subcontracted by Vancouver’s NOW Communications to do a commercial for the British Columbia Teachers’ Federation. The money earned from that project was used to open PBI in Winnipeg.

Creations from their videos adorn their office, like the robot from The Lytics video.

“[It’s] made of cardboard and wire, but it was fairly involved,” Christian says. “It was a couple days work to put that together, and it’s all articulated too, to be animated, so all the joints work.” 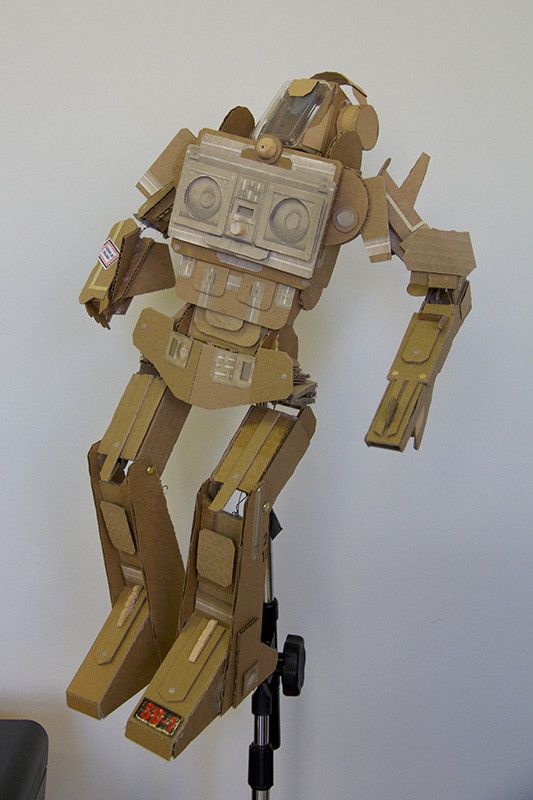 Sean uses two cameras, a Canon Rebel and a Panasonic LUMIX GH1, the latter purchased in 2009 by Sean for his trip. They use Dragonframe for editing, a program made specifically for stop-motion.

Along with music videos, they do work which is politically left-leaning, which fits a history of family support for the NDP.

“If work was solicited from the political right, we would not take on the project,” Sean says.

They also run workshops, teach courses and hire interns to introduce others to video making and stop-motion animation.

“The idea is to be an example of the idea that if you want to do it, just commit yourself to work real hard and get super good at what you do and you’ll have success,” Christian says.

View their video for Shane Koyczan’s To This Day Project at youtube.com/watch?v=ltun92DfnPY.