At the age of 77 legendary American director Woody Allen somehow still manages to write and direct around one feature film a year. Unfortunately some, like last year’s clunky To Rome With Love, are misses. Every few films he does manage to produce a hit with audiences and critics alike, a prime example being 2011’s Midnight in Paris. His latest film, Blue Jasmine, has received strong praise by the public, with many calling it the auteur’s newest masterpiece.

Starring Cate Blanchette and Alec Baldwin, Allen’s latest is essentially a modern adaptation of Tennessee Williams’ A Streetcar Named Desire. The film begins with a life crisis, which causes a mean spirited socialite named Jasmine (Blanchette) to head to San Francisco. There she reconnects with her sister Ginger (Sally Hawkins), bringing old troubles along with her.

Do you remember Bette Davis’ immortal line in the classic All About Eve? “Fasten your seatbelts, it’s going to be a bumpy night”? If the great actress had lived to see the premiere of Blue Jasmine, she would have likely said the same about this film. Blanchette’s Jasmine is rotten to the core and more neurotic than any character Allen has played, full of sociopathic tendencies. Her psychological meltdown is epic and incredibly disturbing; though we may have met characters who are similar, none match the woman’s intensity

Blue Jasmine is a metaphor for the current American consumer culture. Woody intends to expose our own lack of self-responsibility and integrity within the character of Jasmine, as though he is holding a mirror up to our faces and shouting “this is what is wrong with us!”  Like Jasmine we make our best effort to look away from our misdeeds (like the financial meltdown of 2008) but the past, if not dealt with properly, will always come crawling back. If you want to be entertained and repulsed at the same time, then this is the film for you. 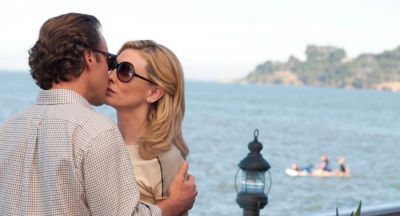