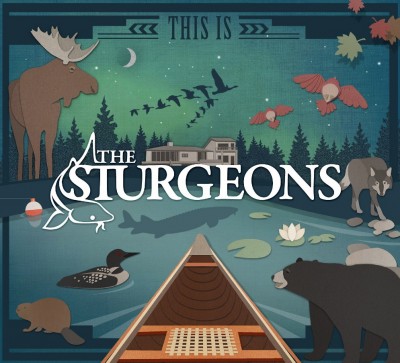 The second album from Winnipeg-based band The Sturgeons follows up 2012 debut Wood Shop, which we then said was “fresh and unique”. These twins outdo themselves with this strong sophomore album.  Heavily influenced by some other brothers (including Everly and Avett), this folk/roots.alternative duo sticks to its traditional country roots, while their strong lyrics and calming harmonies ground them to a new aesthetic. “This Is Our Life” particularly stands out as a slower “bromantic" song, about the twins affection, with a hint of banjo in a lovely track and is accompanied by Beth Hamilton on the ardent violin. Heavily nuanced with a dash of traditional charisma, This is a record to put these St. Boniface boys on the map.