Winnipeggers agree that water is life

The fight for water across Turtle Island

Enbridge’s proposed Line 3, a pipeline renewal project, will skirt the northwest of Winnipeg. Though the pipeline corridor does not cut directly through the city, it still has Winnipeggers concerned.

This is in part because pipelines, and other forms of resource extraction, make vulnerable something we all need to survive: water.

“If pipelines burst and they affect our land and our water, the damage is irreparable. You can’t get that back,” Danielle Morrison says.

Morrison is president of the Student Pipeline Action Committee (SPAC), and is a second-year law student at the University of Manitoba. She, along with some fellow law students, formed SPAC in January 2017.

SPAC’s goals are to “support action and resistance against pipelines in North America” and promote dialogue around the impacts of resource extraction.

SPAC has adapted the message “Water is Life.” According to Morrison, this speaks to how resource extraction affects water and the importance of water accessibility in Canada. 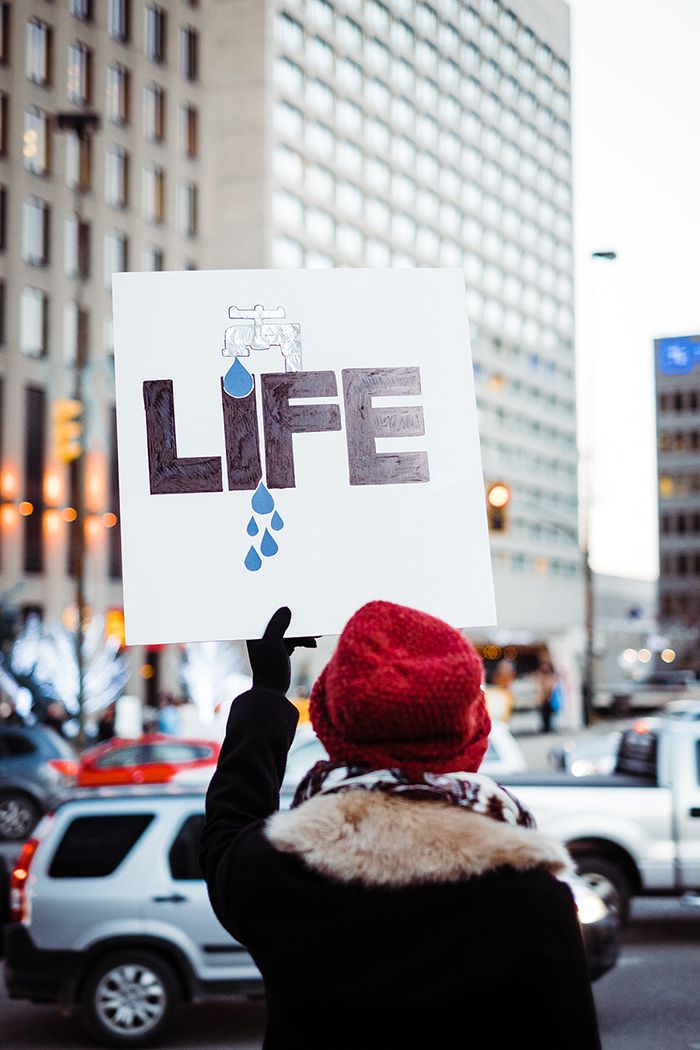 “The ‘Water is Life’ message has really grounded the work that we do in trying to engage not just Indigenous communities and environmental communities, but Canada as a whole,” Morrison says. “How do we get Canada to care? Because this isn’t just an environmental issue or an Indigenous issue, it’s a Canadian issue. The fact (is) that people are affected so detrimentally by resource extraction, and that they also have challenges with accessing clean drinking water.”

A major target of water-protection activism in Winnipeg is the proposed renewal of Enbridge’s Line 3 pipeline, which runs from Alberta through Saskatchewan and southwestern Manitoba, down into the States.

The Manitoba Energy Justice Coalition (MEJC) is another local organization engaged in this activism. According to their website, MEJC is “defending the lands, air, and waters in Manitoba by working to reclaim and protect our environment and promote social justice in the energy sector.”

Laura Cameron is a community organizer with MEJC and a master’s student in Indigenous governance at the University of Winnipeg. Cameron explains that Line 3 was originally built in the ’60s but has since deteriorated.

Enbridge has proposed to build a new pipeline along mostly the same route. The new pipeline will be twice as large, increasing transportation capacity to 760,000 barrels of crude oil per day through Manitoba.

According to a media release written by MEJC, this is the equivalent of 48 Olympic swimming pools of oil and would be the largest project in Enbridge’s history.

“If there’s a spill, twice as much oil will spill in the same amount of time before it’s detected and they’re able to respond to it … (which) will affect people in southern Manitoba,” Cameron says.

“Spills happen on pipelines all the time,” Cameron adds. “Oil from spills stays in the waterways for so long and contaminates all of the wildlife living in the waterway (and) also the people who rely on those water sources.”

Between 1999 and 2010, Enbridge was responsible for 804 pipeline spills on their lines alone.

According to Cameron, a pipeline renewal is not the only option.

“They just don’t look at the option of not building a new one, of just decommissioning the one that already exists and not replacing it,” she says, emphasizing that pipeline use is cyclical.

“Generally, a pipeline takes 40 to 50 years to pay off the investment, and that’s like the lifetime of the pipeline. When they build a new pipeline like this, people are like ‘Oh, we still need fossil fuels right now,’” she says. “Yeah, we do, but this is locking us into using them at the same rate for the next decades and decades.”

Cameron explains how water protection, international pipelines, the Alberta Tar Sands and Hydro dams in northern Manitoba are all connected.

She points to the Keeyask Dam in northern Manitoba, which is currently under construction. The purpose of the dam, according to Cameron, is to generate energy to be used toward pumping pipelines (including Line 3).

“These huge industrial mega-dams are being built to (support), and in turn (justify) the building of these big pipelines,” Cameron says. “They hinge on each other and, ultimately, we’re just creating way more power than we need.”

The Line 3 pipeline, and the 760,000 barrels of oil that will pass Winnipeg, is linked to the fight for water protection as far away as Alberta.

“That expansion and destruction of the Tar Sands which communities are fighting up there (in Alberta) is directly connected to the building of these new pipelines and how that threatens waterways and Indigenous territories all along the route,” Cameron says.

SPAC also supports water accessibility in contexts beyond pipelines. One consideration in their most recent fundraising campaign was Shoal Lake 40 and Freedom Road, Morrison says.

The community of Shoal Lake faces isolation, because the community was flooded in order to provide drinking water to the city of Winnipeg, Morrison says. Freedom Road, a project funded by the City of Winnipeg, the Province of Manitoba and Canada’s federal government, will connect Shoal Lake to the Trans-Canada Highway.

Currently, the community is only accessible by ice-road in the winter and boat in the summer, leaving long periods of isolation.

“That’s a huge hazard in terms of being able to access healthcare or just basic necessities like food or clean drinking water, which community members would normally have to travel to town (Winnipeg or Kenora) for,” Morrison says.

Morrison says that her eyes are on upcoming legislation under the United Nations Declaration on the Rights of Indigenous People (UNDRIP). UNDRIP would require that Indigenous people have the right to free prior and informed consent when faced with development or resource extraction that would affect their land and their rights.