Mariana Muñoz Gomez is a curator of Window, a large glass case that functions as a miniature public art gallery on Bannatyne Avenue in the Exchange District.

“It’s ... Winnipeg’s only 24-hour artist-run space ... I think having Window as a street-level large public window that houses solo exhibitions of one piece of work is a really accessible way to get art to the public, and to a specific localized public that uses the Exchange every day.” 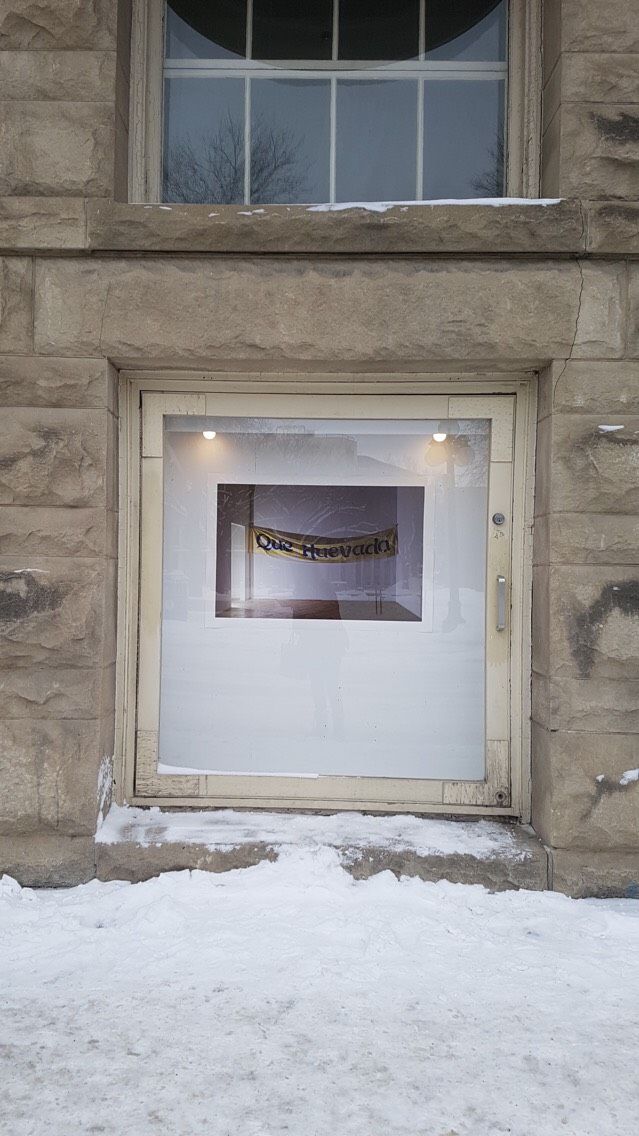 Gomez will program works by Francesca Carella Arfinengo and Luther Konadu over the winter, and will be joined by fellow curators Noor Bhangu and Sarah Nesbitt in April. Together, they are programming works that look at the intersections of the body, gender and performance.

“By having the artworks in Window gallery, we’re hoping to encourage an open dialogue around the body and the ways it becomes a site between the public and the private,” Gomez says.

Tricia Wasney created the City of Winnipeg’s public art program in 2002 and ran it until 2017. She says that public art exists in multiple contexts, from city-sanctioned pieces like High Five, Jennifer Stillwell’s five airplane wings embedded in the land between Shaw Park and the Red River, to guerilla art projects like those made by the 26/Two-Sicks/Too-Six in the ’90s.

“The 26-ers were a group of artists who all went to art school together at the (University of Manitoba),” Wasney says.

“They would get together in their studios and ... drink and have fun together and make little works of art, often the size of (a) tablet in whatever medium they were working in. Some were using found objects and making sculptures, and others were making little paintings, and then they would go and (put them up) all over the city.”

For Wasney, Window carries on this tradition of finding ways to share work outside of orthodox exhibition spaces.

Window “falls in (the) tradition of presenting your work outside of a gallery, even though this is connected to a gallery and it’s in a gallery-based sort of space, it’s facing outward,” Wasney says.

“It really does in my mind continue in that tradition of being accessible to absolutely everyone.”

“Lots of people feel super intimidated about going into galleries,” she says. “I think there’s this idea that it’s maybe not for everyone.”

Gomez says that she hopes that Window can be part of changing this feeling.

“A lot of the public might not be aware that artist-run centres in Winnipeg are free to access, but this is one way that the access can be more explicit,” she says.

Window is attached to the Artspace Building and is always open to the public.