Whose House? Tim and Dana’s house.

Dana Smith and Tim Gray are as busy in the Winnipeg comedy scene as one can be. In addition to their own individual standup careers, Gray and Smith make up two-fifths of local sketch troupe H.U.N.K.S., performing live and recording a weekly podcast. The two also produce two regular shows at Wee Johnny’s, and Smith’s monthly Women’s Open Mic recently celebrated its one-year anniversary.

As if that weren’t enough to keep them busy, Gray recorded a live comedy album at The Park Theatre on Nov. 26. Gray says he’s aiming for a February release date.

“It was almost a full year of planning,” Gray says of the preparation for the album. “It was December of 2015 when I decided I wanted to do an hour of comedy at The Park Theatre, and in May, I decided it was going to be an album.”

Gray’s set ran the gamut from standup to weird and conceptual comedy bits, including a loving tribute to the jokes his grandfather told him as a kid.

“As I started piecing (the set) together, it started to become more than just an hour of standing and doing jokes,” Gray says. “I wanted it to be a unique experience beyond just a standup show. I set a lot of firm deadlines for myself that I, for the most part, hit. If I didn’t, then whatever aspect of the album that was got pushed off the plate entirely. If I didn’t make time for it, it didn’t happen.” 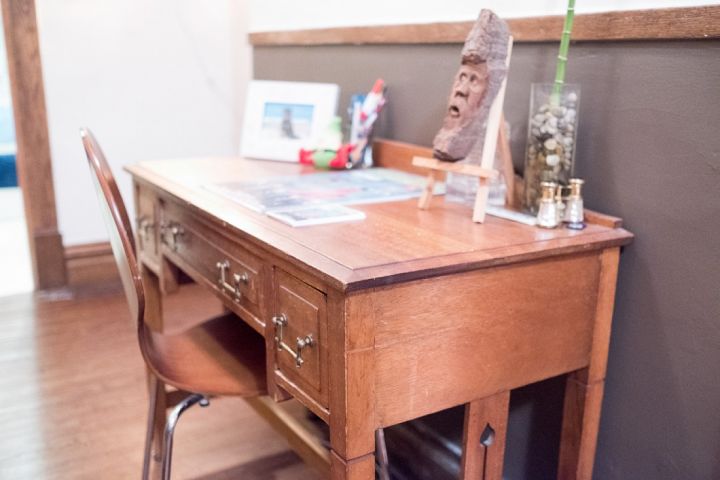 1) Heirloom desk TG: “This was Dana’s grandpa’s old desk. It’s one of the things in our home we fuckin’ love.” 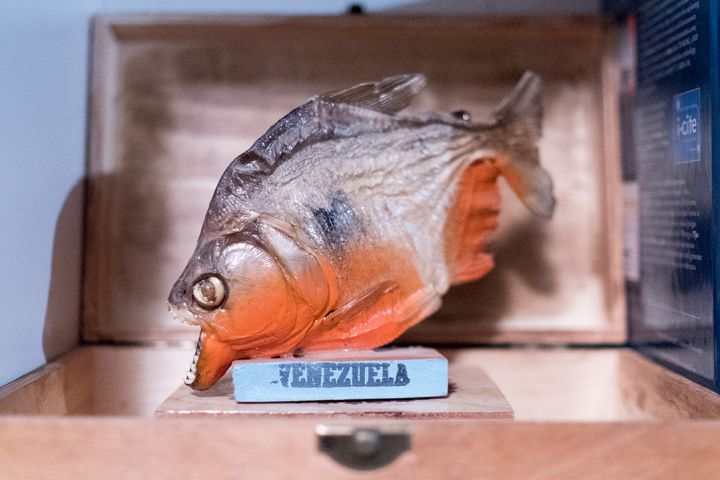 2) Piranha DS: “This is my grandpa’s old piranha. It’s my favourite part of the apartment. My mom’s going to be bringing me another one soon. My grandpa’s a wiley guy.” 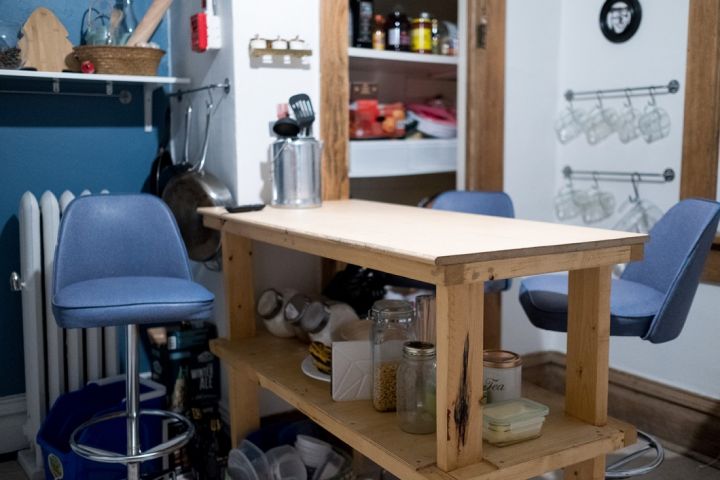 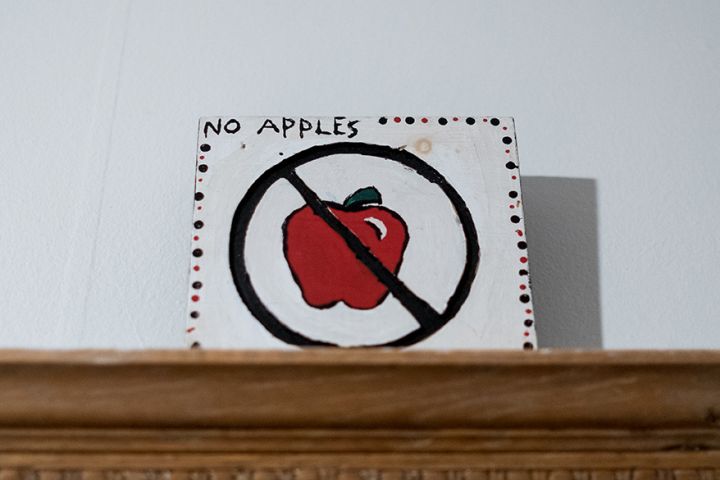 4) “No Apples” DS: “My friend made me this for Christmas when I was 18. We saw a sign that said, ‘No apples allowed,’ and we thought that was so funny. It really worked out, because, coincidentally, Tim is actually allergic to apples.” 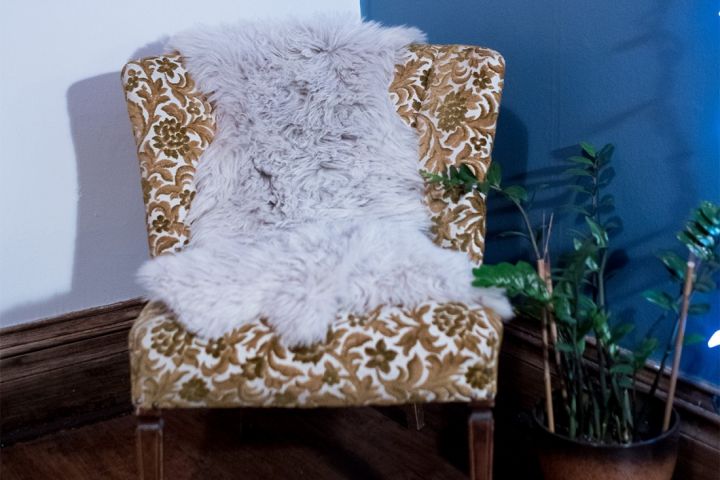 5) Chair DS: “If you’re ever looking for cool, old furniture that’s in mint-condish, go to Victoria Beach and look in their ditches. It’s all old, rich people who either died or don’t have room.” 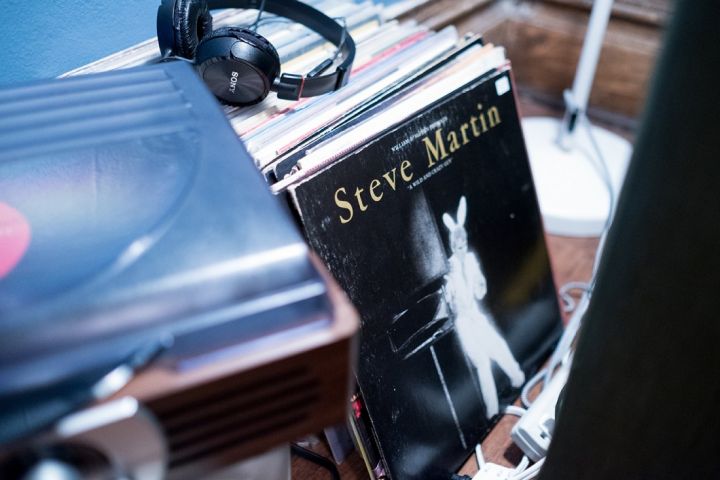 6) Comedy albums TG: “These are definitely some of my most prized possessions. (Steve Martin’s) A Wild and Crazy Guy is maybe my favourite comedy album.”