Whose House? The Peters’ House!

Vanessa and JP Peters have helped some of Winnipeg’s most exciting musical projects to sound their best as co-proprietors of Private Ear Recording.

The variety of high-talent they’ve recorded there includes (but is not limited to) Royal Canoe, Propagandhi, The Lytics and Mahogany Frog.

Before the pair took over about a decade ago, JP was recording and mixing in the basement of the East Kildonan home in which they’ve been living since 2002.

“He was still recording in the basement when we had our first (child). She grew up listening to metal downstairs,” Vanessa says.

“I played her a Waking Eyes Christmas song, and on that song is her crying in the bridge. ‘Everybody Needs Somebody At Christmas.’ It’s on Spotify,” JP proudly adds.

It is a very musically inclined household.

JP has played guitar in a number of bands, and Vanessa is the granddaughter of an accomplished pianist and the daughter of a music teacher. Both of their children, 13-year-old Katherine and 11-year-old Rainer, play a variety of instruments in addition to singing in the Winnipeg Youth Chorus.

It is also a fit household. All four of them are avid cyclists.

Vanessa explains, “The whole concept of sport, for life is important. For cycling, we like it because it can be a lifestyle sport and everyone in the family can do it.” 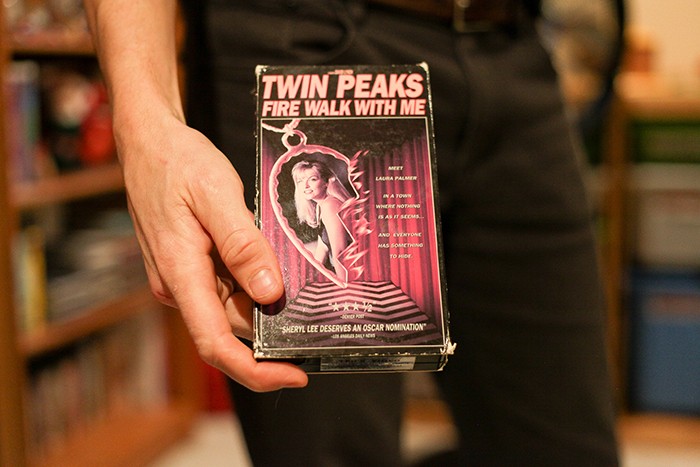 V: “My sister and I are huge Twin Peaks fans. I started watching it in junior high. It was old news back then. Now, I look at my mom, and I’m like, ‘Why did you let me watch that show?’ I read The Secret Diary of Laura Palmer in Grade 8. Why was I reading this when I was so young?!” 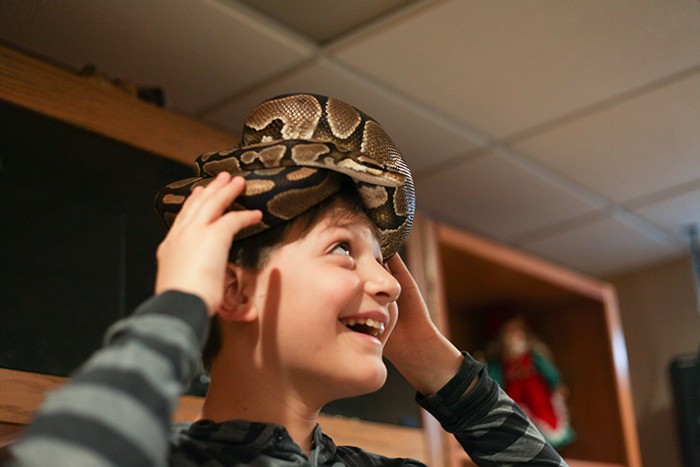 K: “She’ll go across the couch in the direction of the TV, stick her head up like a cobra and just stare at it.” 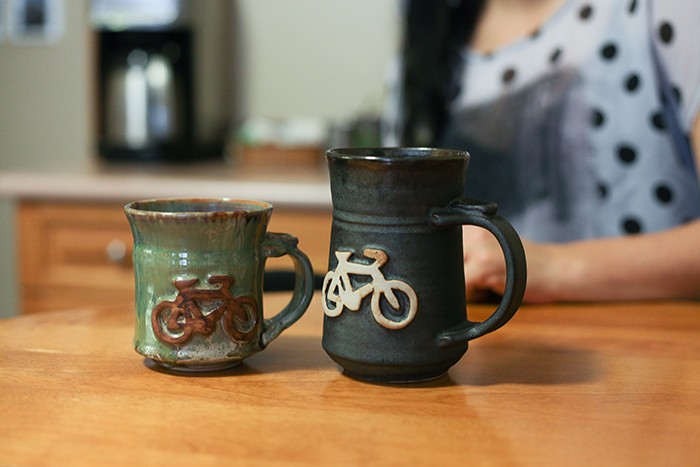 JP: “I have my coffee mug that I won at a bike race in Altona that I have drunk coffee out of for four years. I feel like I’m cheating on it when I use another mug. It’s in the dishwasher, and I start to get concerned, but there’s all these other mugs, but it feels wrong, and I go take it out and wash it.” 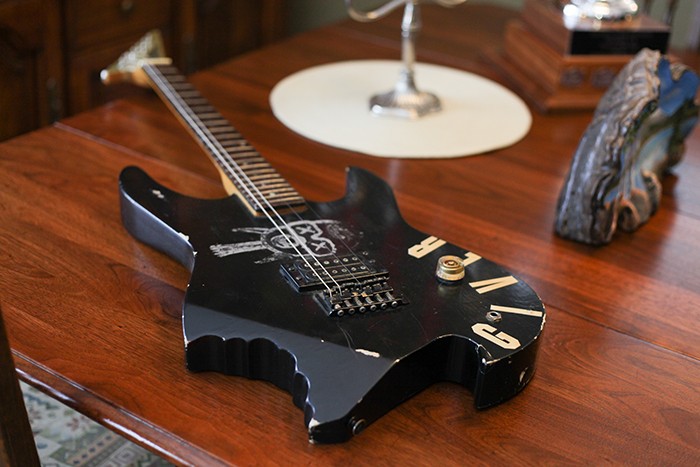 JP: “I don’t know why I painted that stupid punk rock guy on there and it says ‘giver,’ because I don’t know. That’s actually before FUBAR. The bite out of it? I have no idea. I think the actual wood pallet that I made it out of didn’t have enough wood at the end. I don’t know why there’s a fish hook. Because I was bored? I just wanted to cut more stuff.” 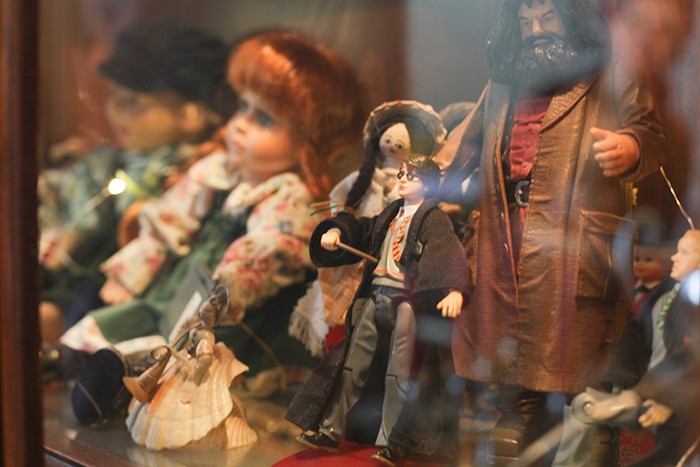 V: “I was inspired by the Manitoba Museum’s doll collection. I loved that when I was a kid. I wanted to have my own. They’re from all over.” 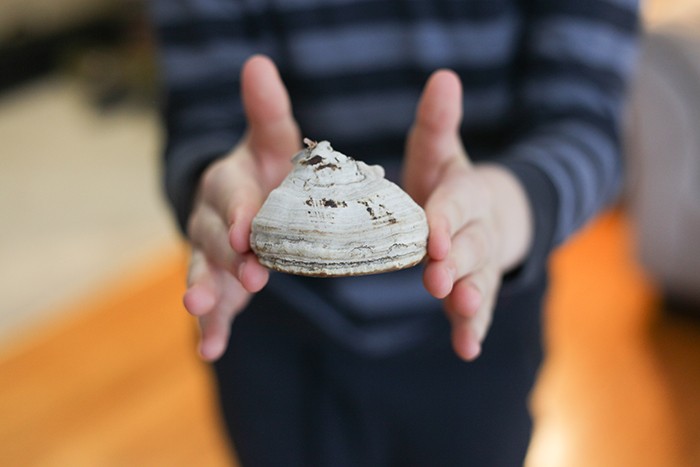 R: “I was downhill skiing, and then I crashed into a tree, and this thing fell off and landed on my chest, and I kept it.” 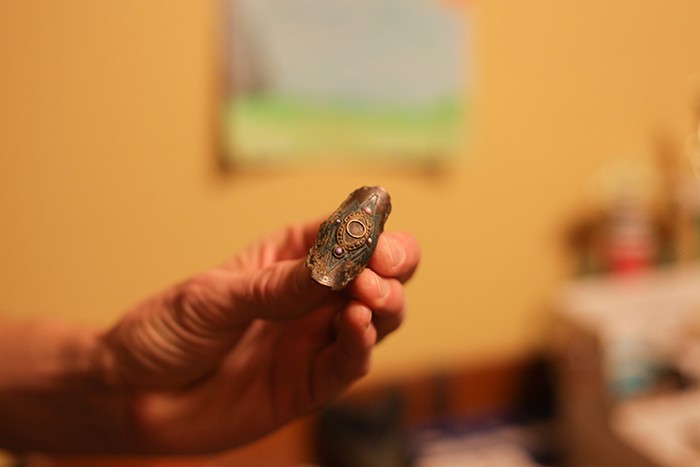 JP: “This is crazy, because we still haven’t actually gotten this checked out. We found this in the badlands of South Dakota in the sand.”

R: “People could have traded it on. I looked at rings from all over different places. When I decided to look at Egyptian rings, that was the closest match to this thing.”

Let There Be Light 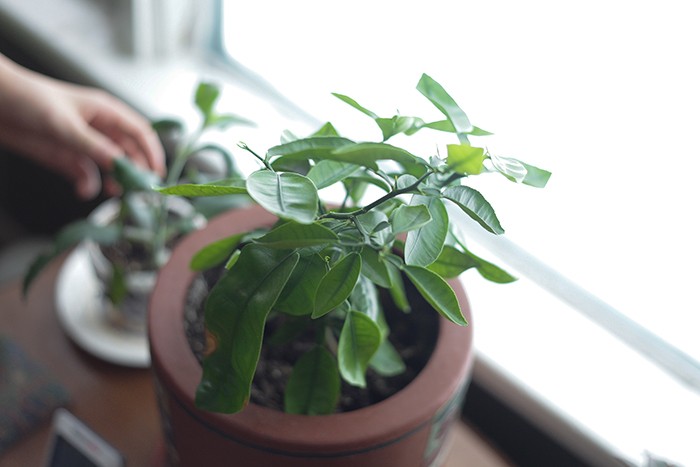 V: “This is the only window in the house that has light, so we have to have all the plants here.”