Tesia Rhind is quickly becoming one of Winnipeg’s most-talked-about tattoo apprentices. Despite being less than a year into her craft, local ink enthusiasts are snapping up the opportunity to have Rhind’s work adorn their bodies.

Rhind’s path to tattooing was a long and winding one.

“I went to university for a long time,” Rhind says. “I have a degree in environmental science and geography. I have a chemical and bioscience diploma from Red River College. I pretty much went through a complete career change.”

Rhind says  she always made art on the side during her scientific studies, which also included research in astrobiology, but was hesitant to pursue it seriously.

“It was the classic ‘there’s no money in it’ feeling,” Rhind says. “But I went through some life changes and decided to get a job in a café and work on my art while I figured out what I wanted to do.”

Rhind found success as a visual artist, mainly doing commission work and realistic pet portraiture. It wasn’t until a friend suggested she try tattooing that she decided to become an apprentice at Living Canvas Tattoo.

“It’s a huge learning curve,” Rhind says of the transition. “My style is pretty detailed. I’ve had to make it more minimalistic and take the detail out of things to make them tattooable. It was hard, completely changing the way I do things.” 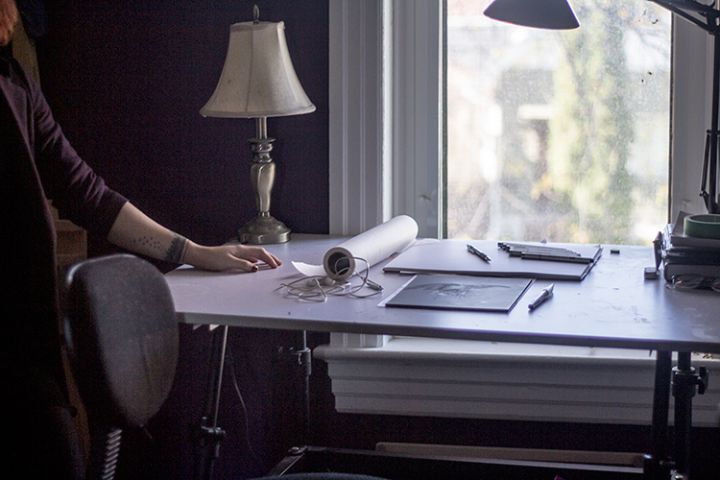 “This is basically where I spend most of my time. Originally this was (my housemate’s) room. When I was talking about moving in here, I told him I’d need a bedroom big enough to put this up.” 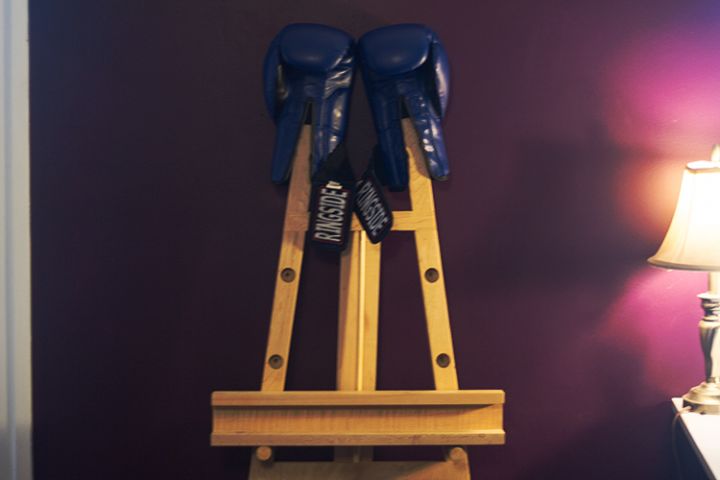 “This pretty much epitomizes me. I just recently started boxing, and it’s a big part of my life now. It’s just what I want to do all the time. Art and boxing.” 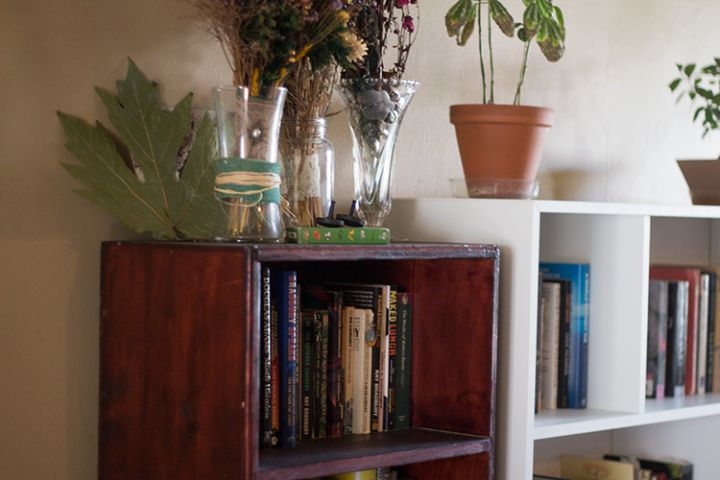 “These are pretty important to me, to have a place to put my books instead of having them in boxes downstairs. I have my bookshelf full of beautiful old books and a shelf with the ones I read regularly.” 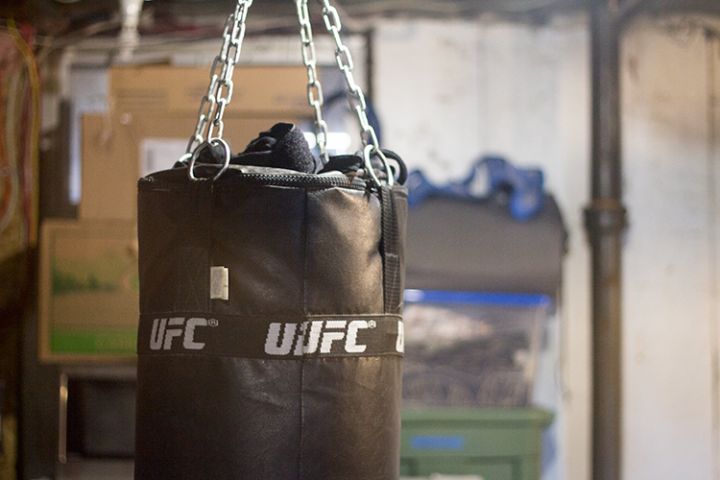 “I prefer working out at the gym, because they really push you. There’s an environment of everyone around you going as hard as I can. At home, I mostly just work on my technique. I don’t push myself nearly as hard, but it’s really satisfying to have a punching bag at home.” 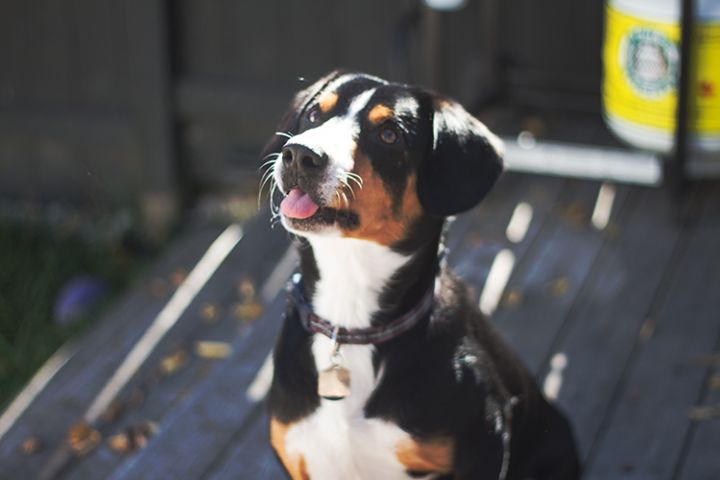 “He’ll do anything for treats.” 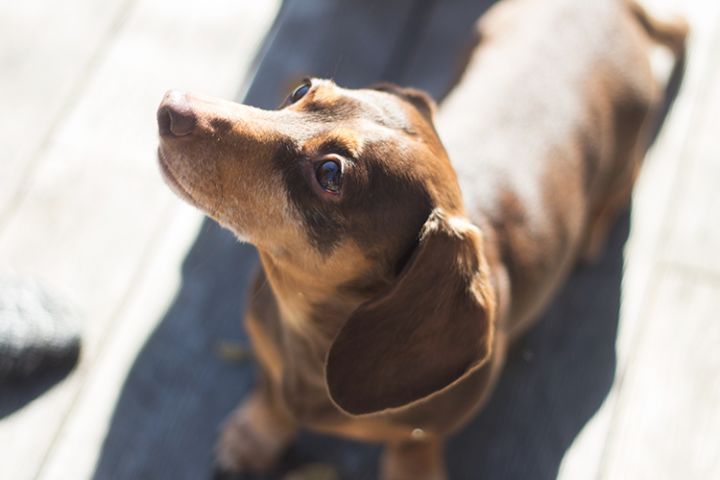 “Zoe just wants to cuddle all the time. She’s offended when you don’t.”