Talia Syrie’s home conveys the same sense of warmth and comfort that her restaurant, The Tallest Poppy, has become known for. The walls are scattered with beautiful and intriguing artwork and images, each piece elegant and alluring in its own magnificent right.

As we make our way to the kitchen, her two dogs bound excitedly ahead of us.

After offerings of coffee and an eventual snack, we talk a bit about The Tallest Poppy’s new location in Wolseley. Aside from being busier, and being able to seat many more patrons, she finds that it’s nice to be so accessible for people.

The location and reputation of the Poppy matches the homemade touch of the restaurant. “Everyone walks everywhere in Wolseley so the street is very alive and exciting and there’s always stuff going on … Wolseley has a kind of handmade feel to it. It’s very comfortable,” Syrie explains.

This comfortable atmosphere is also apparent at home. From the furniture to the artwork to the eclectic décor, there are warm and comforting stories on every wall and in every corner, stories that seemingly embolden Syrie’s already warm and interesting life. 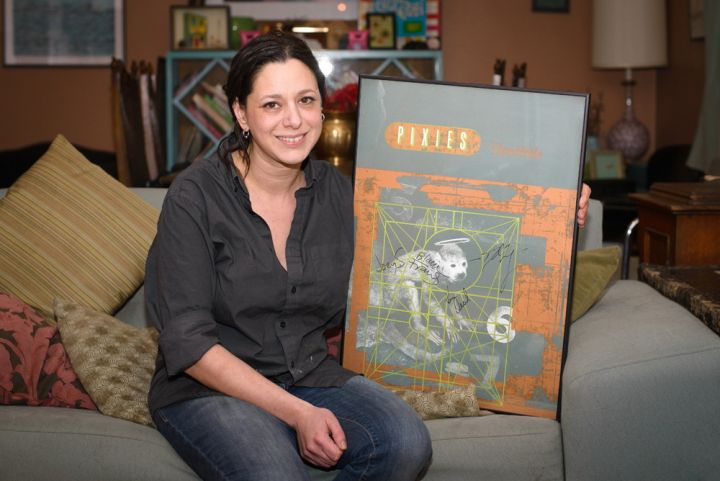 Decorating the walls of her second-floor office, Talia has some pictures from more famous individuals and groups that she’s catered for, one of her most prized pieces being a signed Pixies picture from their last reunion tour visit. “I usually don’t get worked up about that kind of thing. But I was so crazy star-struck, I was shaky. I really loved the Pixies when I was younger, and I still do. I did all this research to find out what kind of food they like. And it turned out great.” 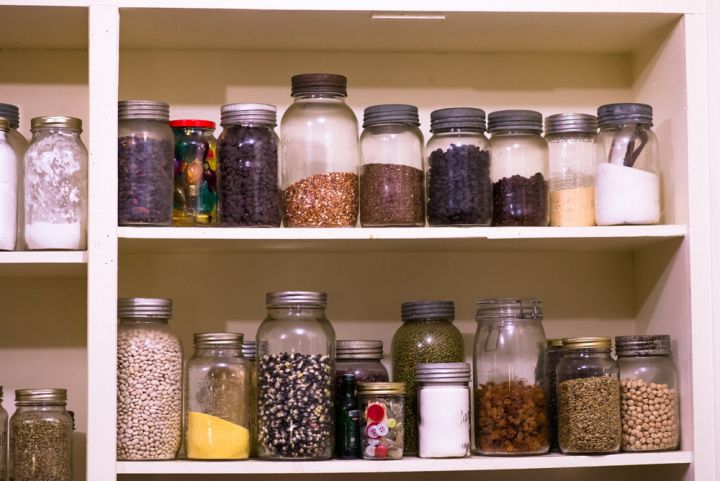 After the giant abandoned house that used to occupy the lot behind hers was destroyed, the rodents that lived there took up shelter in Talia’s house, and a battle ensued. In turn, everything went in to jars and packages. But once the battle was over, the jars stayed.  “I like being able to see what I have all the time. So at a glance I always know what supplies I have.” 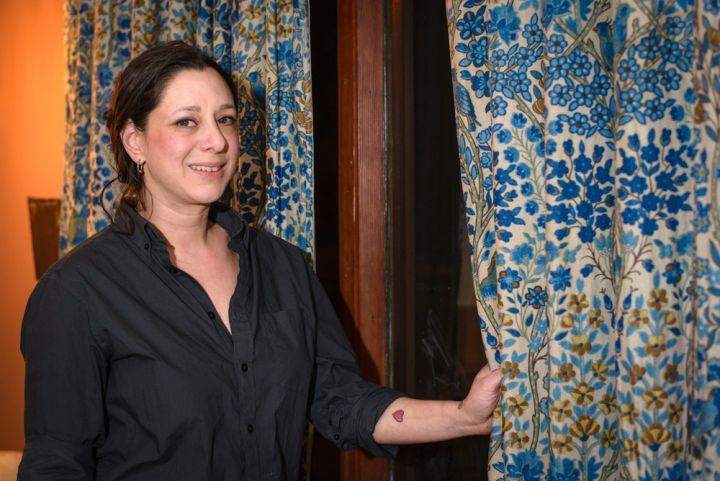 “These curtains would probably be my favorite thing. They came from my friend Walter’s shop in Chinatown.” Walter was also the one who found Talia the house, so it seemed fitting that the curtains matched so well.

Tucked in beside Talia’s house, a silver Airstream sits dormant after many years spent travelling around to festivals across Canada and the United States. Going inside, though it’s now bare bones with most interior items removed, you can tell it can be quite cozy when set up for festive endeavors. “It took very good care of us. And, (despite its smaller exterior appearance), we’ve had many people in here.”

Sitting in the room adjoined to her kitchen, Talia has an oven she used to take on her trips in the Airstream to Burning Man and other festivals: “It’s done a lot of partying.”