Sydney Klassen affectionately refers to his home as his “treehouse.” The University of Winnipeg education student has lived in the Osborne Village apartment for the last seven years. Up on the third floor of an ancient Village house, nestled under a peaking roof, Klassen has cultivated a handmade vibe that makes the house live up to its backyard moniker.

Sadly, the home is soon to be lost to gentrification.

“I wanted to document the apartment, because the house is being torn down in October,” Klassen explains. “They’re tearing down three houses on the corner and building some kind of spaceship condo block. There’s this condo mania happening in the village lately, where all these nice little houses are getting stomped on by big glass cubes. That used to be the charm of the village. Now it’s just gonna be a series of cubes.”

Klassen is an avid urban dogsledder. He shares the apartment with his dogs Vicky and Hobo, a mother and son who double as his sled team. The trio were recently filmed for an upcoming Tanya Tagaq music video directed by The Procter Brothers.

Klassen has been dogsledding for 10 years, and says what started out as a lark turned into a major passion.

“I ran away from the circus in 2005,” Klassen says. “I worked for a left-wing political circus on a pirate ship, but morale got very low. I was in a rut, sleeping on my parents couch. I saw a Smirnoff Ice commercial with these two Russian dudes being pulled in a dune buggy by huskies. I thought, ‘I always loved dogs. I’ll try dogsledding.’ I Googled ‘dog sled workers wanted’. I applied to this crazy German musher and he gave me a job in the Yukon. I tried it for the first time and I was hooked.” 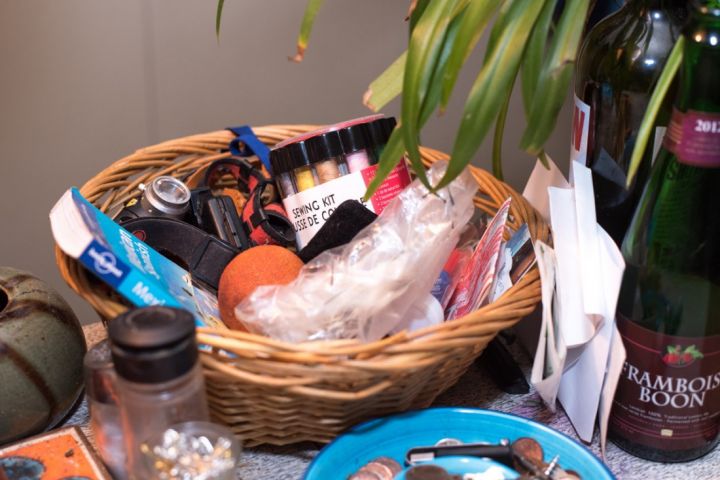 “I spent some time down in New Orleans. I love it there. Voodoo is kind of a theme in my life. Not in the ‘putting hair and fingernails inside a doll’ way. My voodoo is the way you collect these different trinkets and charms, and their amalgamation into your life and beliefs. The miscellaneous drawer of life. This has a dried up orange, a bag of porcupine quivers, a Spanish phrasebook, Canadian Tire money, buckshot, sewing thread. This basket is probably voodoo.” 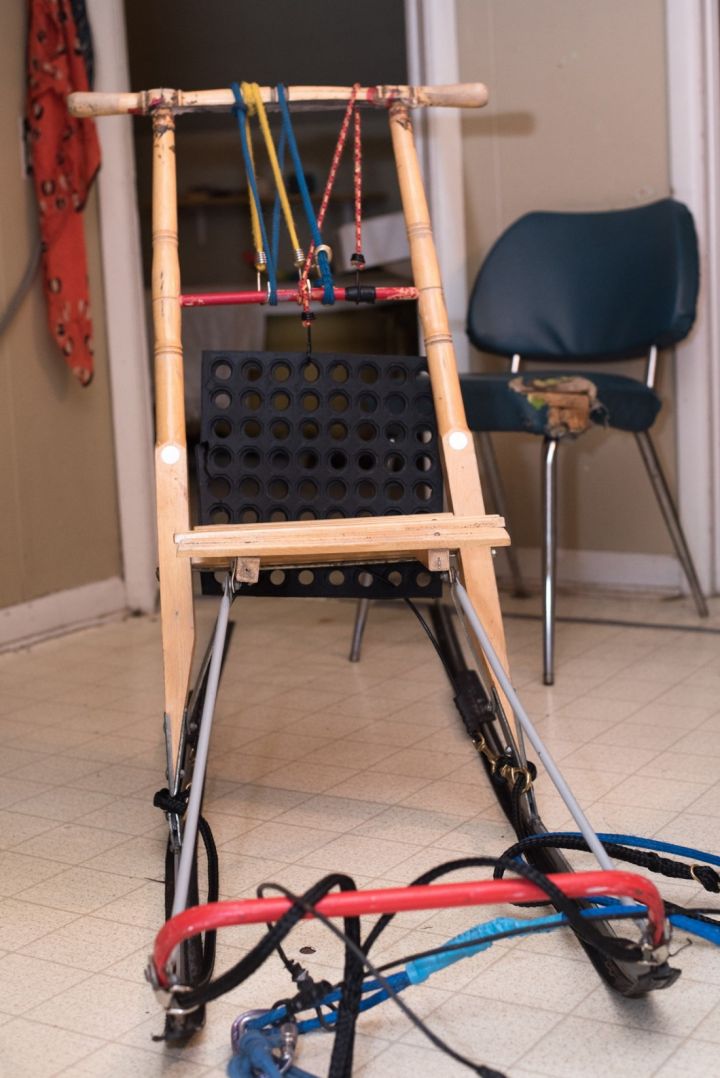 “You can get these sleds at Canvasback Pet Supplies in Lockport. I’m a really simple guy, not a lot of prized possessions, but this is one of my favourites because it’s led to so much fun. These are meant for one or two dogs, so it gets pretty bent out of shape between me, three or four dogs, and passengers. It’s held together by tacks, nails, crazy glue and bungee cords. I keep fixing it over and over again.” 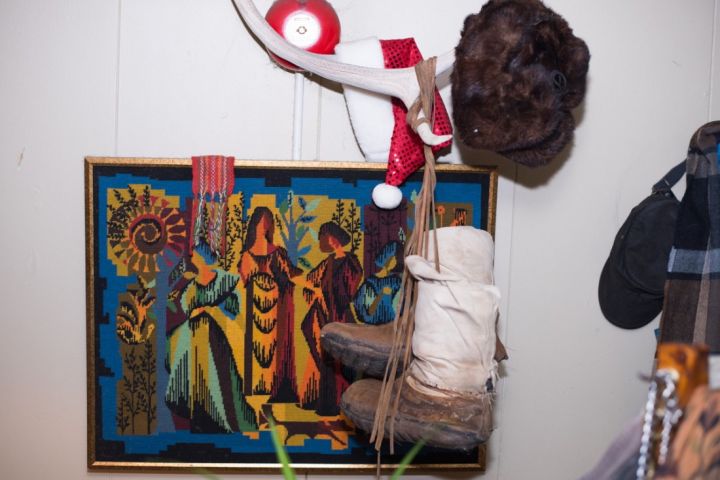 “That picture is of the four graces. I got that at an antique store on Portage Ave. by the university. I just thought, someone put a lot of work into that. And that elk horn is for hanging hats and boots. That’s some more voodoo stuff right there.” 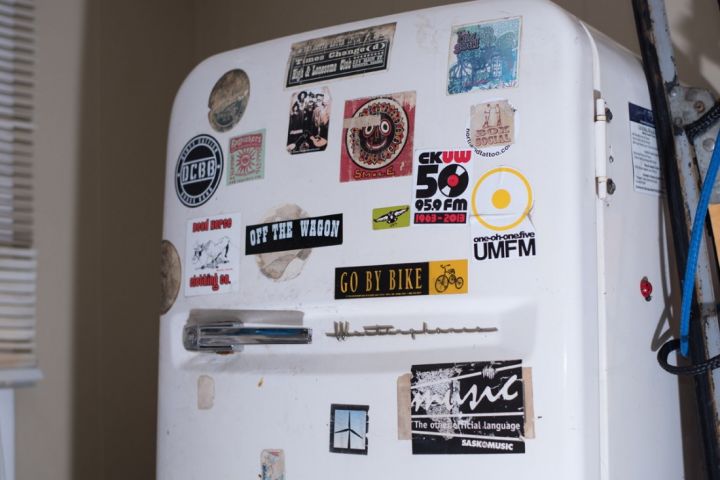 “When I heard they were tearing this place down, I told myself, ‘I’m bringing the fridge with me.’” There are stickers from my friends’ bands. The Times Change(d) is my bar. And the Dirty Catfish Brass Band. I love that we have a brass band in Winnipeg. It reminds me of New Orleans.” 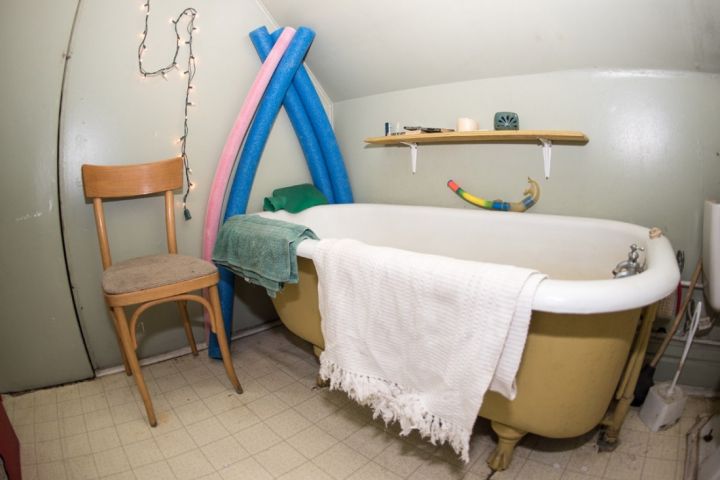 “The bathtub is a defining feature of the apartment. You’ve got the ceiling coming in low, so I can’t take showers. I have an attachment, but then I have to crouch like a monkey. So I just take a lot of baths.”