With files from Mike Sudoma

As one half of Finger in the Dyke Productions, Dempsey and creative partner Lorri Millan have been creating hilarious performance art for more than 25 years. The duo’s work playfully explores feminist, lesbian and other social-political themes with a satiric bent that’s often controversial, thought-provoking, and downright silly. The work has been praised by everyone from The Village Voice to the Berliner Zeitung. For lack of a better term, Dempsey is “the real deal.”

But Dempsey’s role in addressing LGBT visibility goes beyond her artwork. Her Osborne Village home, which has been officially named Homo Heaven, has been a shared group house since 1993. 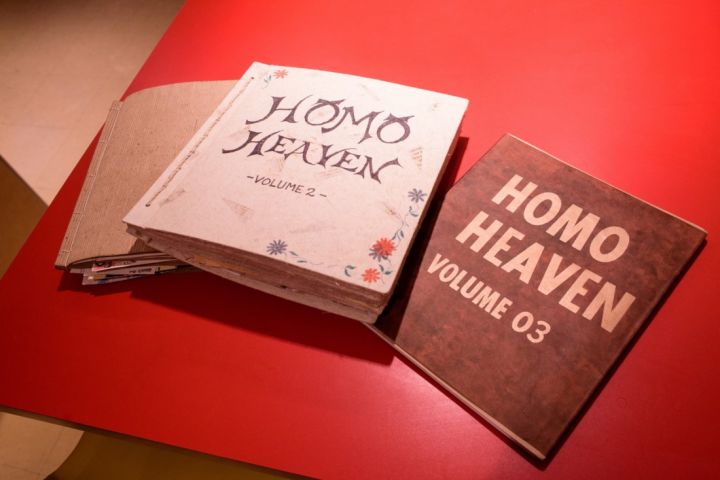 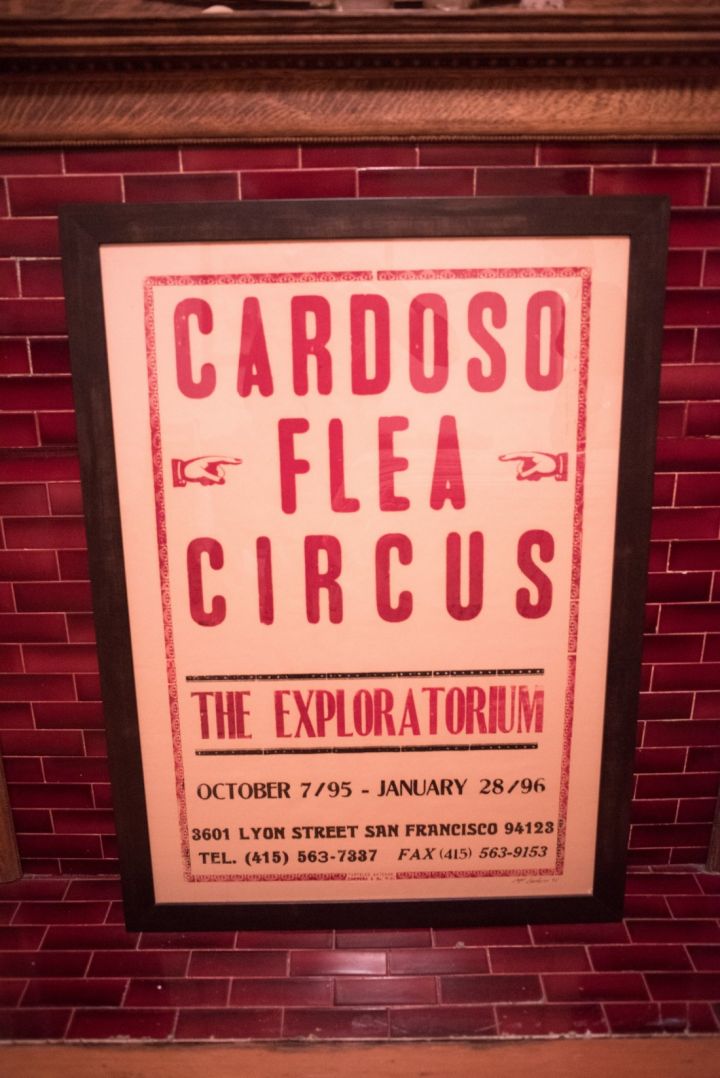 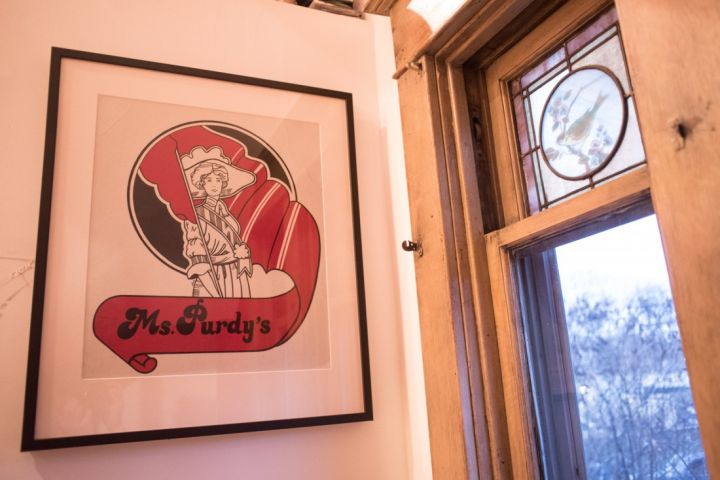 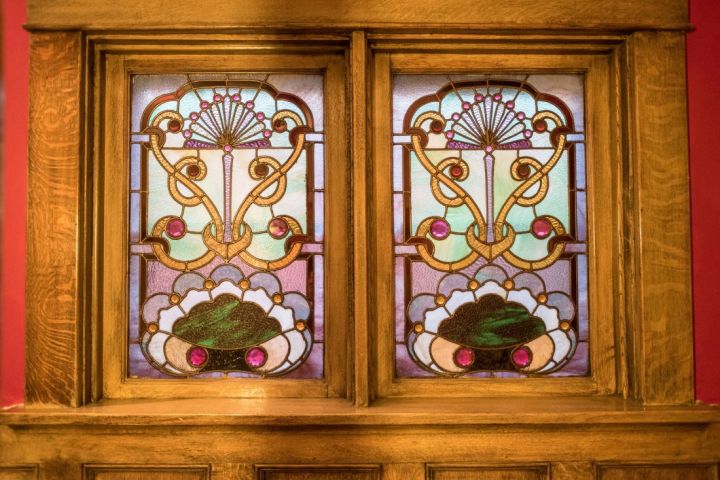 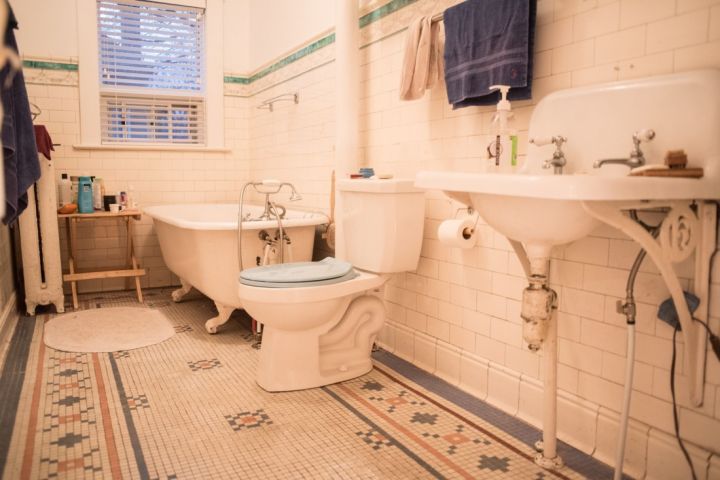 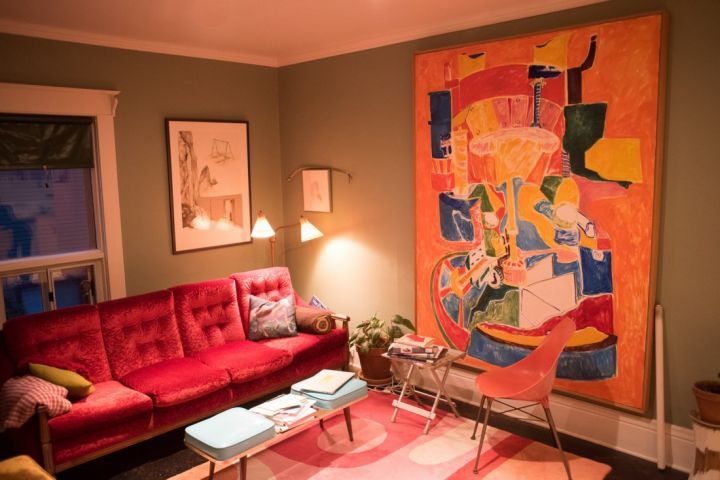 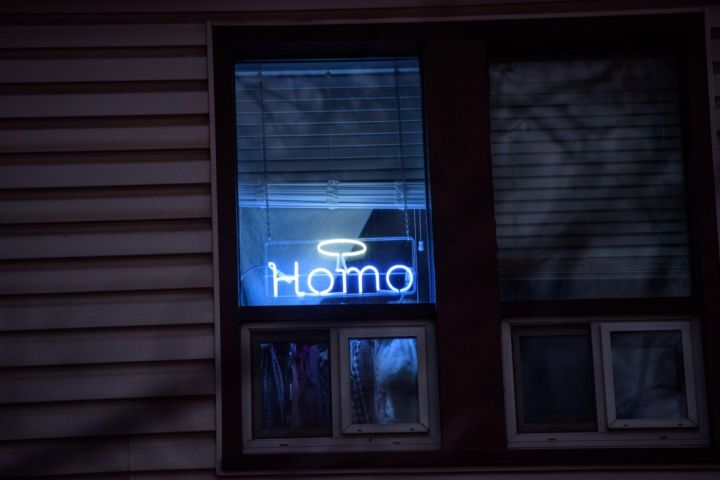 “Four of us bought this house together,” Dempsey says. “We were all gay. Two men, two women, none of us in relationships with each other. At that time, there was no gay signage in Winnipeg. It’s hard to believe, because it’s not that long ago, but the gay bars didn’t identify themselves as gay.”

“The Rainbow Resource Centre was upstairs in a building. Their sign just said ‘RRC.’ So we named the house ‘Homo Heaven.’ We made a logo. Every Christmas, our friend Bill would paint a different gay holiday scene on the windows.”

Dempsey says that, as queer politics have changed, so has the house’s relationship to the city and LGBT communities.

“At the time, (Homo Heaven) was a way for us to be completely out,” Dempsey says. “As late as the early ’90s, there were still fatal gay bashings in Winnipeg. Now I’m the only gay person in the house. I have three straight roommates who don’t mind living in Homo Heaven. Gay people can live anywhere.”

“These contain all the people who ever stayed at or came through Homo Heaven. Gay artists who were travelling would stay here. The first meetings of Swerve magazine, which turned into OutWords, were here. Political campaigns happened here.”

“Maria Fernanda Cardoso is an artist we met at the Banff Centre for the Arts. She’s from Colombia but she’s living in Australia. One of her art projects was a flea circus. This poster was printed in Bogota with wood block printing.”

“Ms. Purdy’s was the longest-running lesbian bar in North America. It was member owned and operated. It folded, because we don’t need queer spaces the way we used to. But I’ve got the original sign.”

“Before we bought the house, an older woman named Rose lived downstairs and rented out the upstairs. She told me a doctor built the house in 1906 and had his practice here. I’ve never looked that up though. It’s amazing it hasn’t been undone, all the original woodwork and stuff.”

“When we moved in, there was navy blue wallpaper with flowers and baby blue shag carpeting. We were like, ‘Oh, this isn’t sanitary.’ So we pulled up the carpet, and those tiles underneath…it was like Pompeii.”

“Suzanne Funnel used to teach at the School of Art, then she and her husband moved to Halifax to teach at NSCAD. She left her paintings behind, and a friend of ours stored them for decades. One day I said, ‘I need some art,’ and she was like, ‘Why don’t you take one of hers?’”