With files from Simeon Rusnak

Natalie Dyck has turned her childhood spent on a farm into a full-blown career. As the co-founder of both Edible Alchemy CoLaboratory and Urban Eatin’ Landscapes, she’s helping bring DIY probiotics, urban gardening, food preservation and fermentation into the lives of Winnipeggers.

Dyck’s downtown home, which doubles as a handcrafted laboratory for her food experiments, has a peculiar history that mirrors its idiosyncratic aesthetic.

“Initially we took an eight month lease because (the owners) thought they were going to demolish it,” Dyck says. “It’s certainly a quirky house. Even just walking around the rooms, you’re like, ‘Why did they put a corner here?’ We can’t get any beds up the stairs. It’s really bizarre.”

Dyck’s penchant for gardening also helped give the house its name.

“The house is known as Squash Palace,” Dyck says. “Partly because it was going to be squashed. But also when I first moved in I was really excited about the yard. Full sunlight in the middle of downtown. As a person who loves growing food, that’s a big perk. The first summer, I brought in all this soil and started all these plants. But we ate squash all winter, so our compost piles exploded into these squash plants that took over the whole yard. Every summer, squash is growing over the fences into the backlane.” 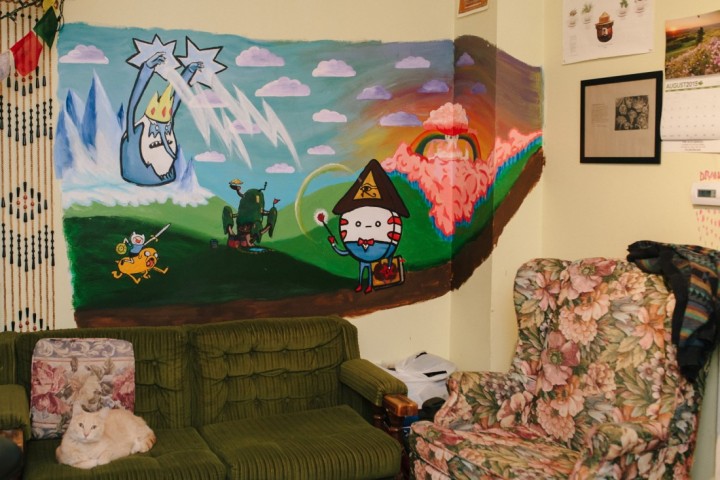 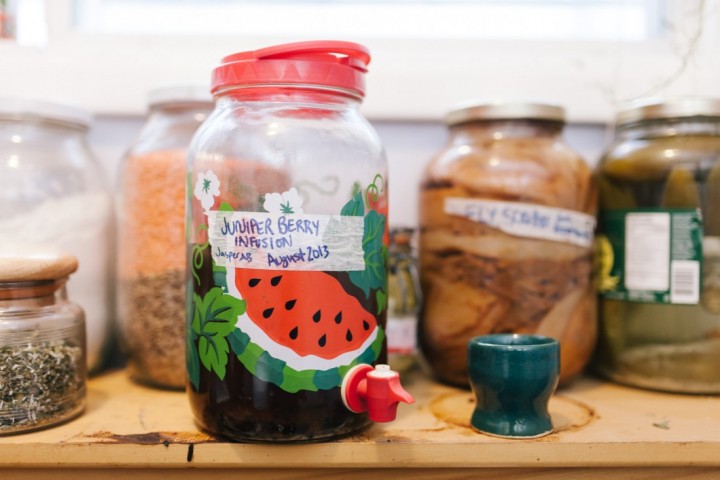 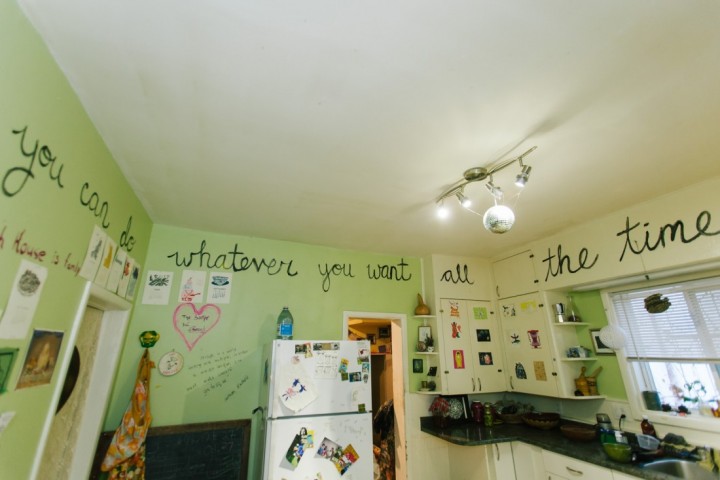 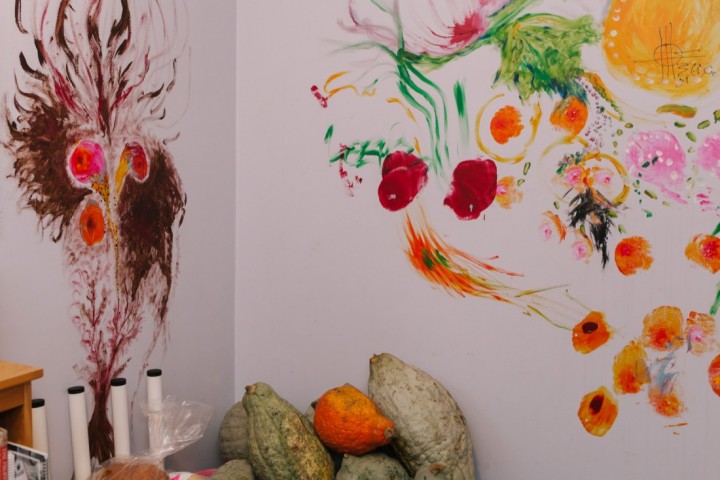 “One of the best things about having a house that was slated for demolition when I moved in was that the landlords just said, ‘You know what? Paint on the walls. Do whatever you want.’ I went away for the winter last year. I sublet my room and when I came home, this was here. I was so happy.”

“These jars are mostly SCOBYs, which stands for Symbiotic Colony of Bacteria and Yeast.”

4) YOU CAN DO WHATEVER YOU WANT ALL THE TIME*

“We added an asterisk to this sentence. So far, everyone has been well behaved enough that we haven’t had to make a corresponding asterisk that says what not to do.”

“We had a Squashbauchery party where a bunch of people painted their boobs. There was a lot of dancing, and at a certain point I was just like, ‘Everybody paint your parts and then put them on my wall!’ So this happened, which turned out a little grosser than I was envisioning. I thought it was going to be a beautiful breast tree.”