Whose House? Mike and Allie’s House!

Since 1986, the Neon Factory has served triple duty: it makes new signs, restores old ones and preserves treasures of Winnipeg’s past. This spirit of preservation is on full display in the North End home of its founder Mike Wolchock and photographer Allison Slessor.

“The previous owner died three years (before we bought it),” Wolchock says of the house. “Her brother, who was 95, couldn’t bring himself to sell it. It had been their family home since 1919. Every morning, he’d come here, read the paper with his coffee and go home.

“He asked Allie, ‘What will you do with the house?’ She said, ‘Raise our family here.’ And he sold it to us. Everyone wanted to bulldoze it, but he wanted a family to have it,” Wolchock says.

The home is packed with signage and other antiques. Wolchock’s passion for “picking” started as a teenager. Along with building a career around it, it’s also landed him appearances on Canadian Pickers and a gig co-hosting HGTV’s Buy It, Fix It, Sell It.

“I have the sign from the (now-demolished) Starland Theatre leaning against the wall behind our shop,” Wolchock says. “We got it for nothing, and it’s worth nothing, but I saved it. The Winnipeg Turkish Baths sign or the Blue Note Café sign are things I’d never part with.

“People say, ‘You could sell the Blue Note sign to Neil Young for tens of thousands of dollars.’ Yeah, but I’ve got something Neil Young doesn’t have.” 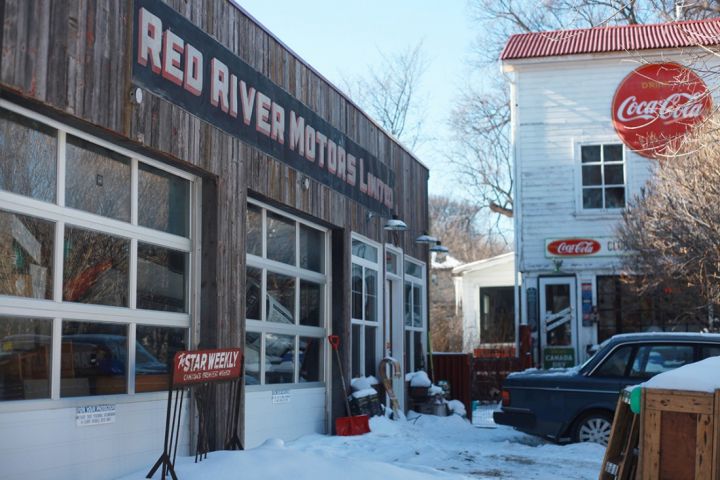 “The garage is kind of a work in progress. It’s built mostly of recycled stuff. I dreamt of building one forever, but I never thought I’d have the money to. Then one day HGTV called and said, ‘Hey, can you come to Toronto and film a show for us?’ Cha-ching!” 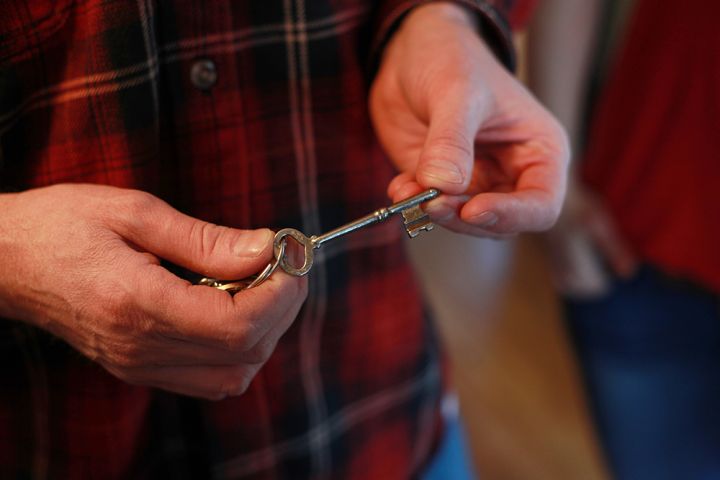 “We first drove by this house while they were putting up the “for sale” sign. I called my buddy who’s an agent, and he showed up with this. This was the key! It was the first indication that this was going to be a really cool place.” 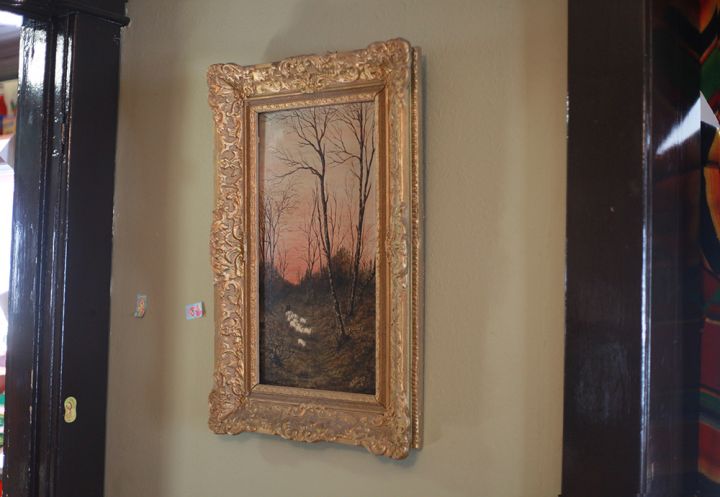 “The family who lived here before us were (named) the Burkes, and the house was furnished with their stuff that had been here forever. Mrs. Burke’s brother said to Allie, ‘Is there anything you want from the house?’ She said, ‘This painting.’ When we arrived here, the place was empty except for this painting, hanging on the wall. It hasn’t moved.” 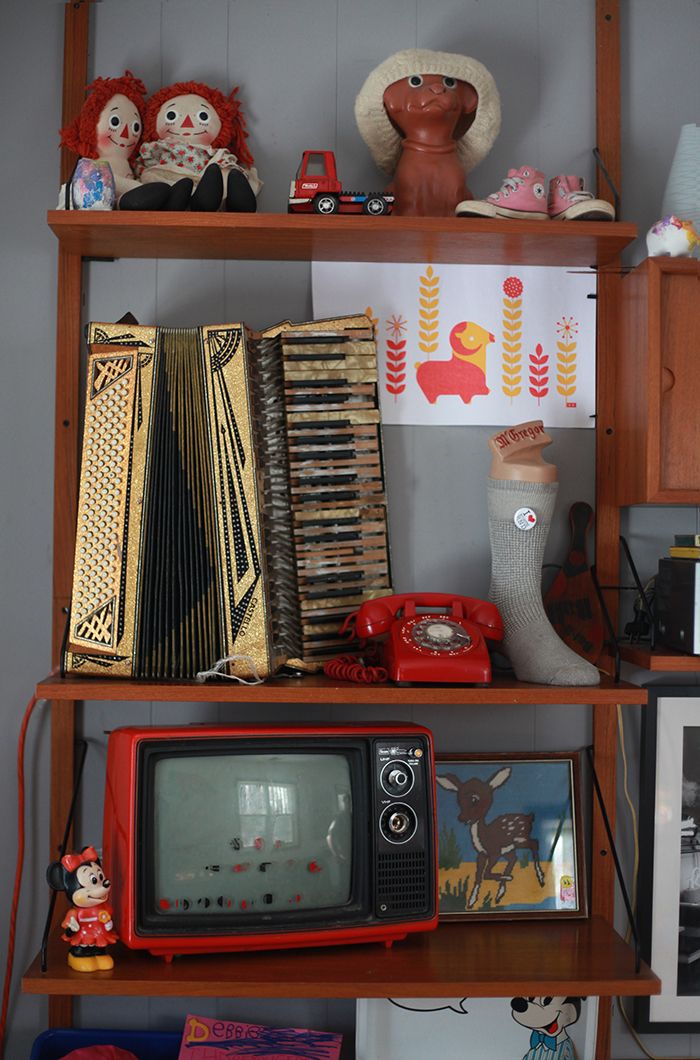 “Having a five-year-old adds a whole other dimension to the decor. She kind of has free roam over the place.” 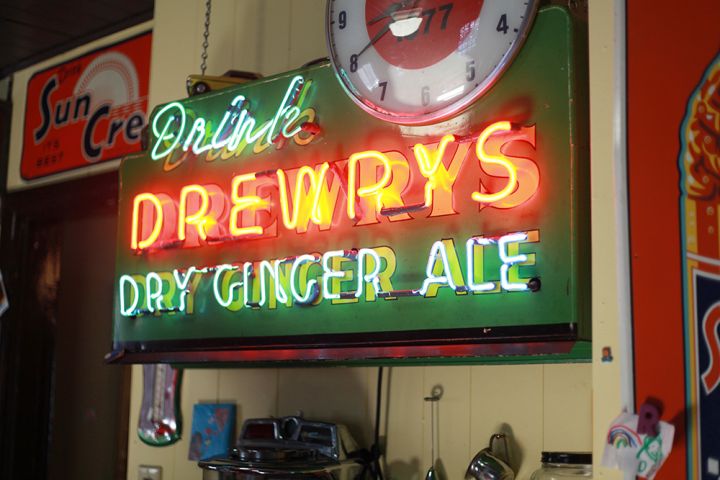 “I have a massive collection at the shop and in the garage, but I’m very selective about what I bring into the house. I like Winnipeg stuff. A couple new signs made it into the kitchen this winter, but a few others had to come down. That’s the tragic part.” 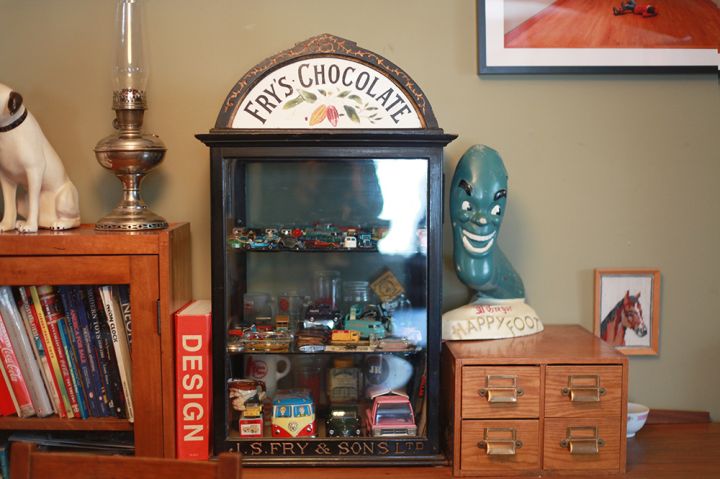 “Most of the stuff I keep is stuff I actually picked out of a place where I have a relationship with the person who owned it. So this was in a little café I went to for breakfast every day. I was heartbroken when the guy told me he was retiring. I said, ‘I’ll give you $500 for your gramophone, and I want to look in your basement.’ We went downstairs, and this was sitting on the floor. I’ve had it for 25 years … I’ll keep it forever. I was so happy to have something that belonged to him.”