Not all mayors work in politics. Mayor Matt Allen is a musician, cook and documentary filmmaker who lives in North Point Douglas. Allen shares a house with his wife, Rhoda, his daughter, their cat Casey and dogs Benny and Lester.

When they first saw this house, they were sold on it. “It’s neighborhoods like these where you’re close to the water and you’ve still got the big old trees, and then these old character homes,” Allen explains. “It’s kind of like, as they say, the poor man’s Wolseley. But we’ve been here almost 8 years and it’s changed so much.”

Allen made a documentary about the neighborhood and its artists and activists, and is currently working on another about war resister Joshua Key. He’s currently working for the Interlake Spectator after graduating from Red River’s creative communications program.

“I also did (a documentary) about the Times Change(d) Blues Jam,” Allen shares. He and Rhoda ran the Pollo Volante restaurant out of the storied venue for four years, and it was also a huge part of why he moved to Winnipeg from Edmonton 10 years ago.

“About 10 years ago when the (Perpetrators) and the D.Rangers were kind of at the height, or the prime of the scene there...when I first came to visit to check Winnipeg out, I was like ‘I want to live in the city with that bar!’” Allen says. “So, that definitely played a huge role in my earlier times here.”

After they’re finished the process of pulling out a wall in the middle of the main floor and putting in insulation, Allen has plans to build a “house concert-type space” in the back room.

“I want to put black curtain up all around, a little stage mount and PA. We have a little projector and screen, so we’ll be able to pull down, have it be kind of a movie room too.” 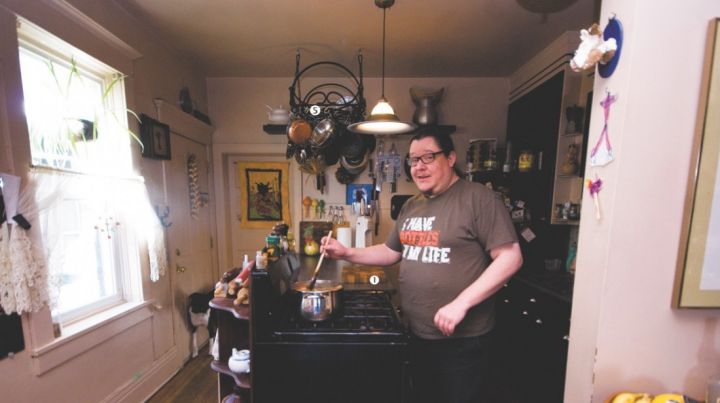 “We have a lot of dinner guests so people can kind of sit at the counter and we can cook, you don’t feel like you’re pushed into a corner. I’ve always disliked the idea of stoves that are against a wall. Why should you have to stare at a wall when you’re cooking?” 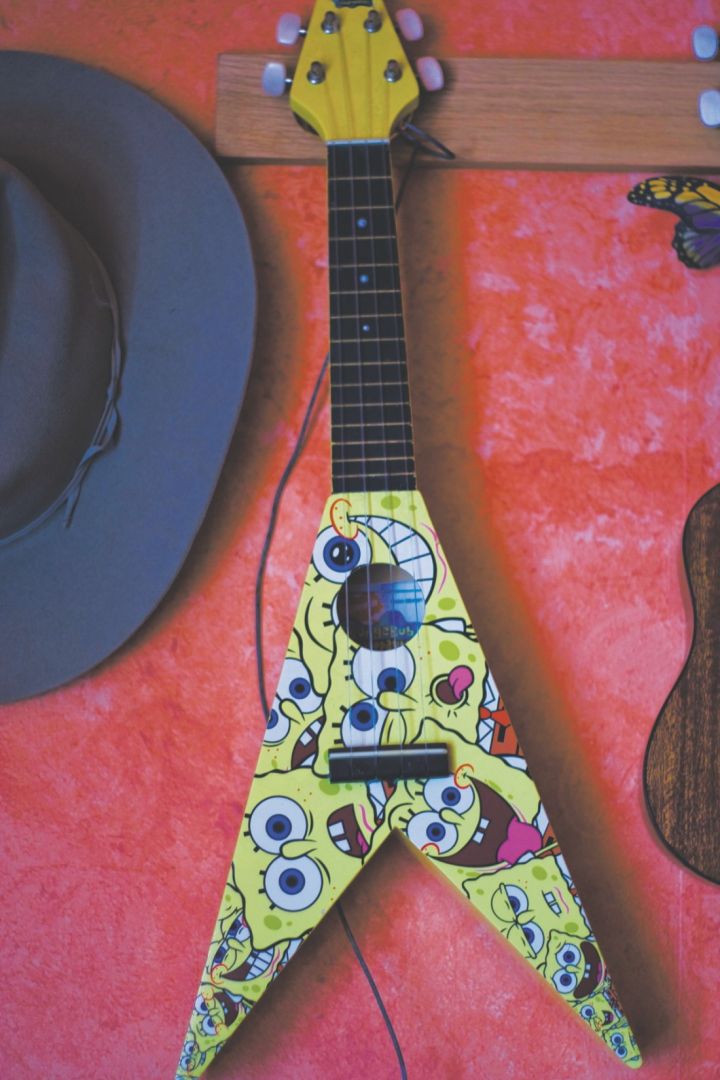 Not just a kids ukelele: “This is for anyone”, Allen says. It came from his friend Don Zeuf, who played fiddle in the D.Rangers. 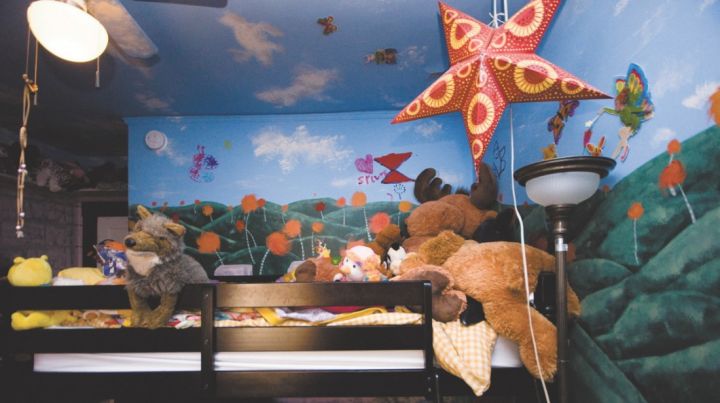 It took Rhoda “quite a while” to finish the Lorax-themed walls, Allen says, “And of course, it’s stuffie world. Kids just get stuffies.” 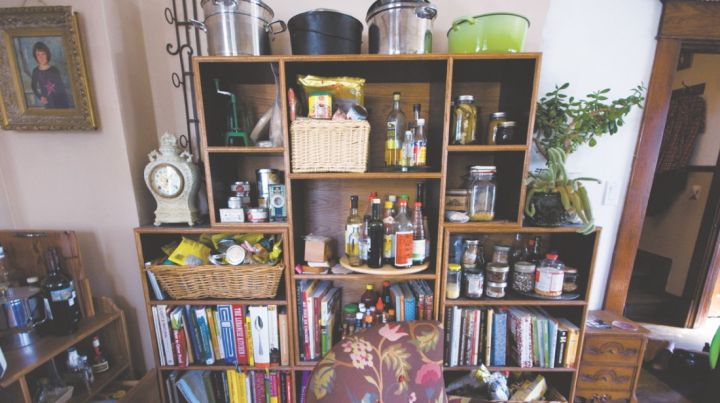 Designed by Rhoda, there are actually 3 shelves nested together here: A central T, and two smaller L’s.

5) Hanger for pots and pans

“Rhoda’s friend Lisa welded that for her when she took welding school.” And of course, they both love to cook. 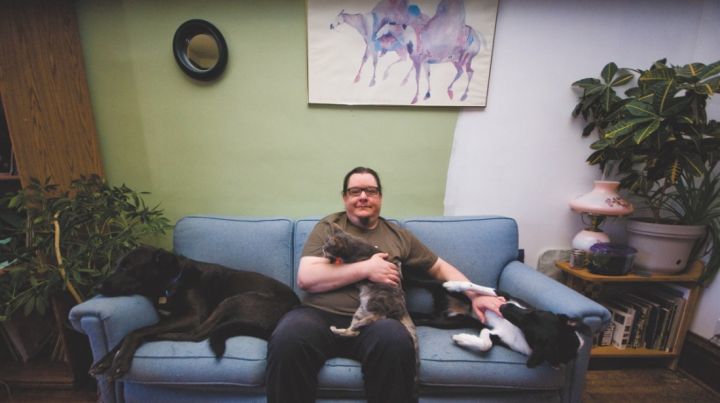 Rhoda picked out Casey from a rescue shelter just before they got the house, but they held off so they wouldn’t have to move him twice. Benny and Lester are both part Labrador and part Border Collie, but Lester “got the bigger parts.”

Part of the series: The Urban Issue 2015