The idea of home as a sanctuary to feel comfortable, safe and inspired is beautifully articulated in Mark Reimer and Cindy Titus’ Crescentwood apartment.

Having moved in to this particular suite only a month ago, the space already has a lived-in charm.

“We put in a lot of time making our home feel like a special place,” Reimer, who works at Tétro design firm doing brand strategy and account management, explains. The previous owners had painted every room a different colour, with a brown kitchen making one feel as if they were underground. “That’s why we spent probably over 100 hours painting and made sure to have plants and photos up of trips we’ve taken. It’s important to have a home that feels good and happy.”

Titus adds that having items on display that trigger nice memories is key to creating an area to unwind and feel content in.

The two are also big travellers, making sure to go on a trip each year.

“We like to have things around that make you daydream and think of where to go next,” Reimer says.

“They affect our space immensely,” Titus, who works as a communications coordinator for The Dream Factory - a dream granting organization for sick kids of Manitoba - says. “If you’re going to have a rabbit you need to give them space to be happy. It’s good for us and it’s good for them.”

With the bunnies taking over what was originally intended as the dining room, they’re able to be a part of the main living and socializing area.

Filled with plants and afternoon light, Reimer and Titus have fashioned a space replicating the ease of being outdoors. “It’s as close to being outside in the summer as you can be,” Reimer remarks. “I just love it.” 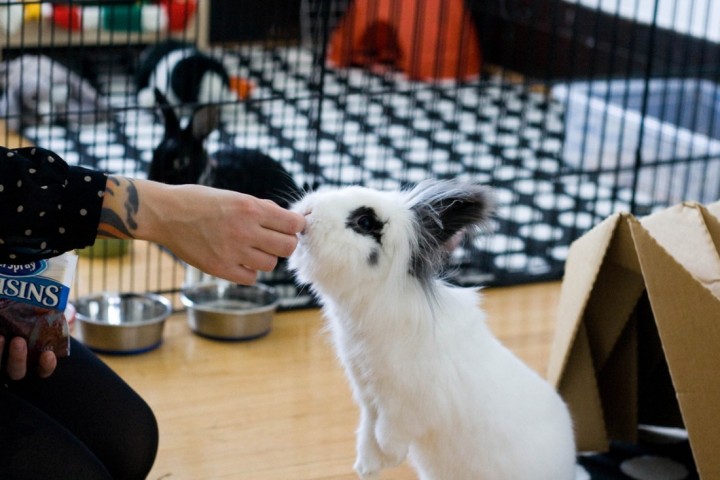 “It’s important to keep them in a room together but they don’t get along great because they’re both males and they’re really territorial. We’re working at getting them used to each others smells and getting them to get along.” - Titus

“We get a lot of their things from the Ikea children’s department, like those little beds. Sometimes Ernie sleeps in his and it’s just hilarious.” - Reimer 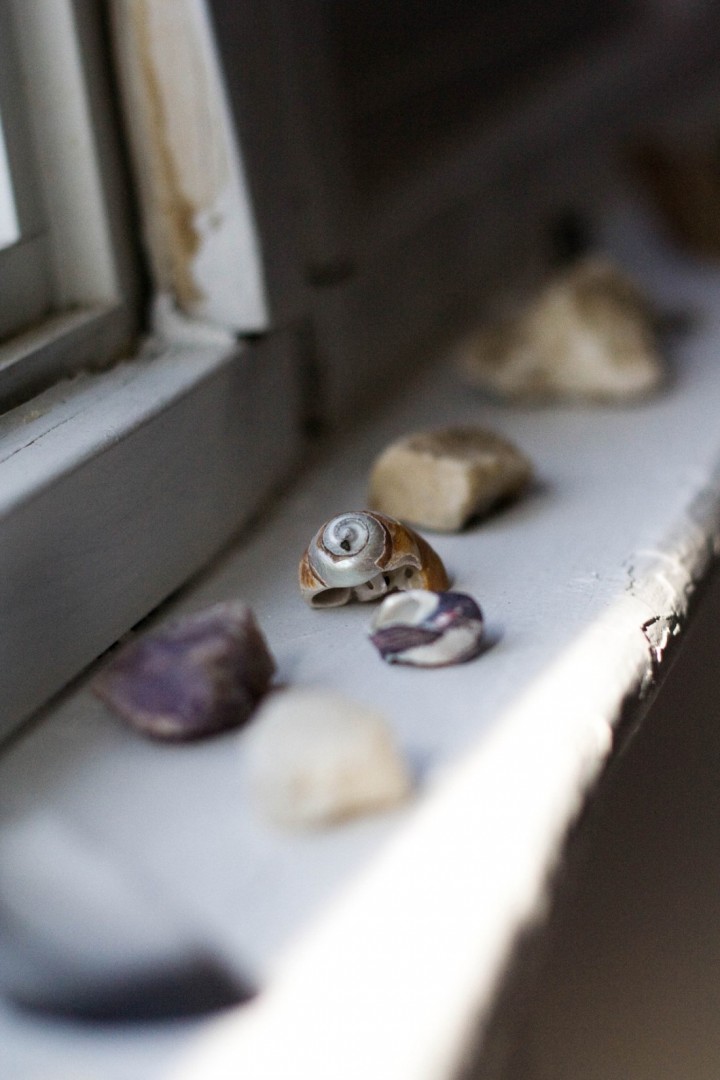 “They’re from our honeymoon to Yoho
National Park.” - Titus 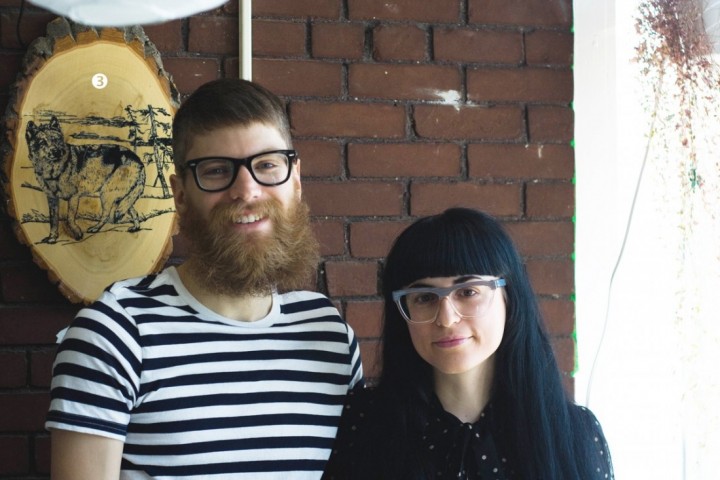 “(We) got them from the CNIB (Canadian National Institute for the Blind) Eye on the Arts auction which happens every March. I was in a pretty competitive bidding war to get them.” - Titus 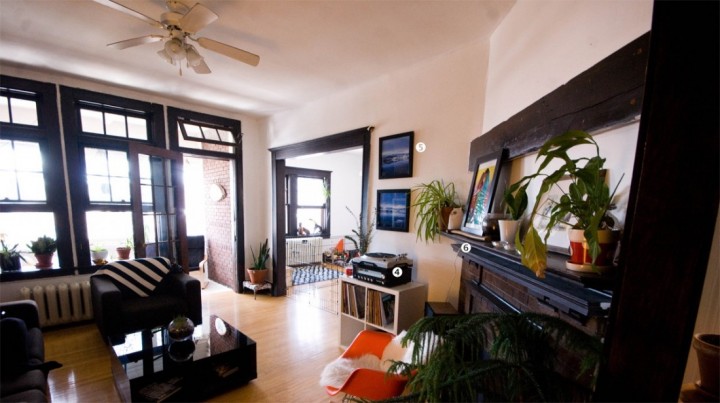 “I found it sitting outside of a garbage can in the Whiteshell and it looked good so we brought it home and it’s perfectly fine.” - Reimer

“One man’s trash is another one’s treasure!” - Titus

“These were taken with my medium format Hasselblad while on a trip a couple years back.” - Reimer

“Having IPhones has really changed taking pictures. I used to take photos related to memory and sentimentality and now I have the mindset of immediately sharing it. It makes me a little uncomfortable.” - Titus

6) Axe on the mantel

“There’s not really much of a story behind it. I needed one for camping and that’s where it sits. It’s our burglar alarm.” - Reimer