Whose House? Kevin and Gillian’s house

When it comes to keeping a venue running efficiently, one’s work doesn’t always fit into a neat job description. Such is the case for Kevin Mozdzen, the wizard of The Park Theatre.

“I have a very loose job title at the Park,” Kevin says. “I book talent, but I also do all the media stuff and graphic design for the theatre. A bunch of other little things here and there as well.”

As if supporting the beloved music and comedy venue wasn’t enough, Kevin also co-founded the Oddblock Comedy Festival in 2015. It was a whole new workload that stretched the limits of his job title so far that his wife Gillian Mozdzen had to pick up the slack.

“I was the volunteer coordinator for the first ever Oddblock,” Gillian says. She put in the work during time off from her regular gig as a Grade 3 teacher. “That was a nightmare I got thrown into the middle of.”

“The theme of our house has kind of become The Hudson’s Bay Company Store,” Gillian says. “In every room there’s something from The Bay. Not by choice. It just kind of happened. You know, you find one interesting thing there, you tell a family member, and then that’s all you get for Christmas for five years.”

“Like everyone, we wonder why we live here,” Gillian says. “Yet we have all this great Winnipeg stuff. So we obviously like it somehow.” 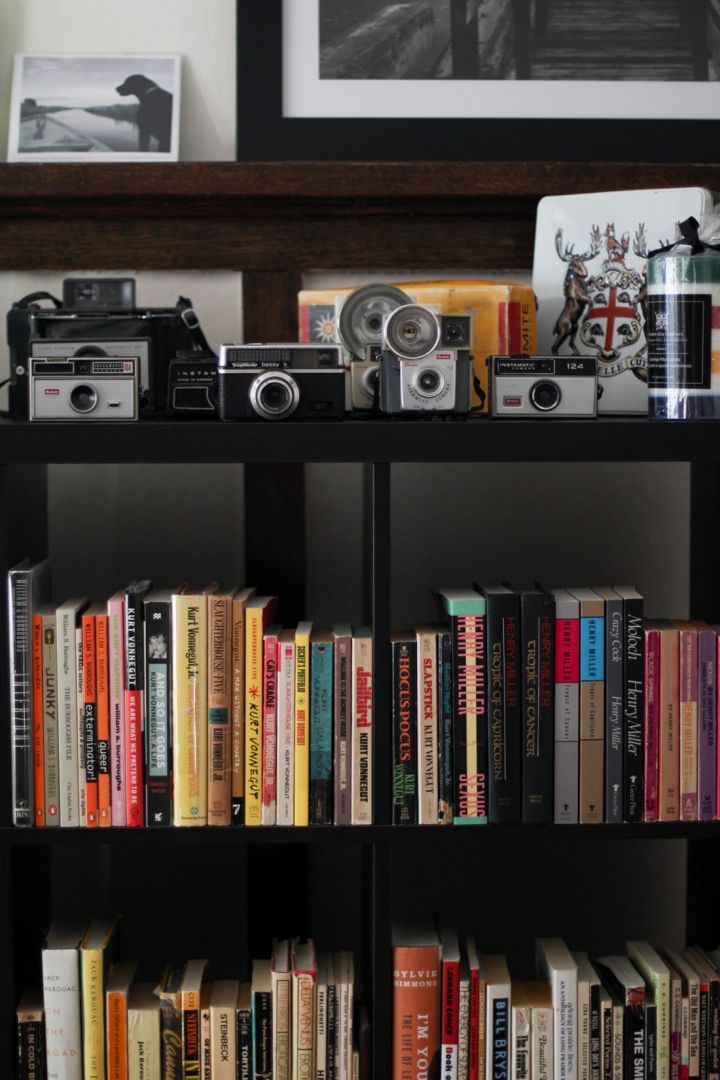 1) Film cameras KM: “I think every relatively creative person ends up spending some time messing around with film cameras. When I was going through that obsession, I bought a big box of old cameras for $10 on Kijiji.”

1) Books KM: “I have a couple first editions here and there. It seems like books are still easier to collect than records. I’d love to have that impressive record collection, but people are more aware of the value of those now. You can still find a first edition book for a dollar at a lot of places.” 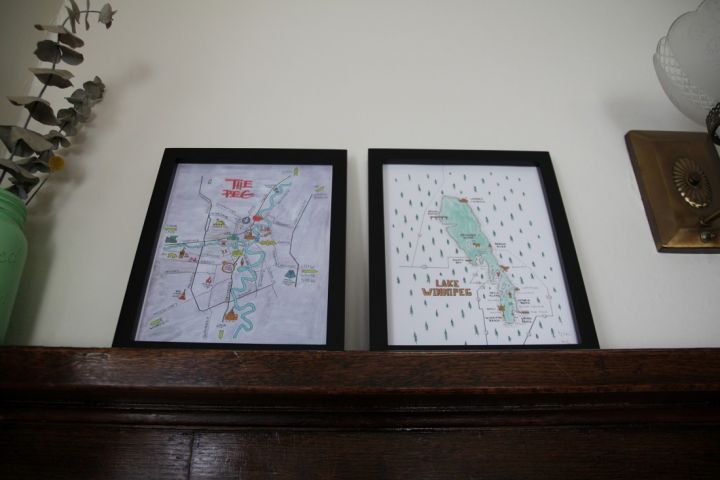 2) Manitoba artwork GM: “We have a lot of stuff in the house that’s about the city versus the country. We’re both from rural towns. I’m from Gimli, so we have Lake Winnipeg, but we have the city as well. It’s like those two worlds coming together.” 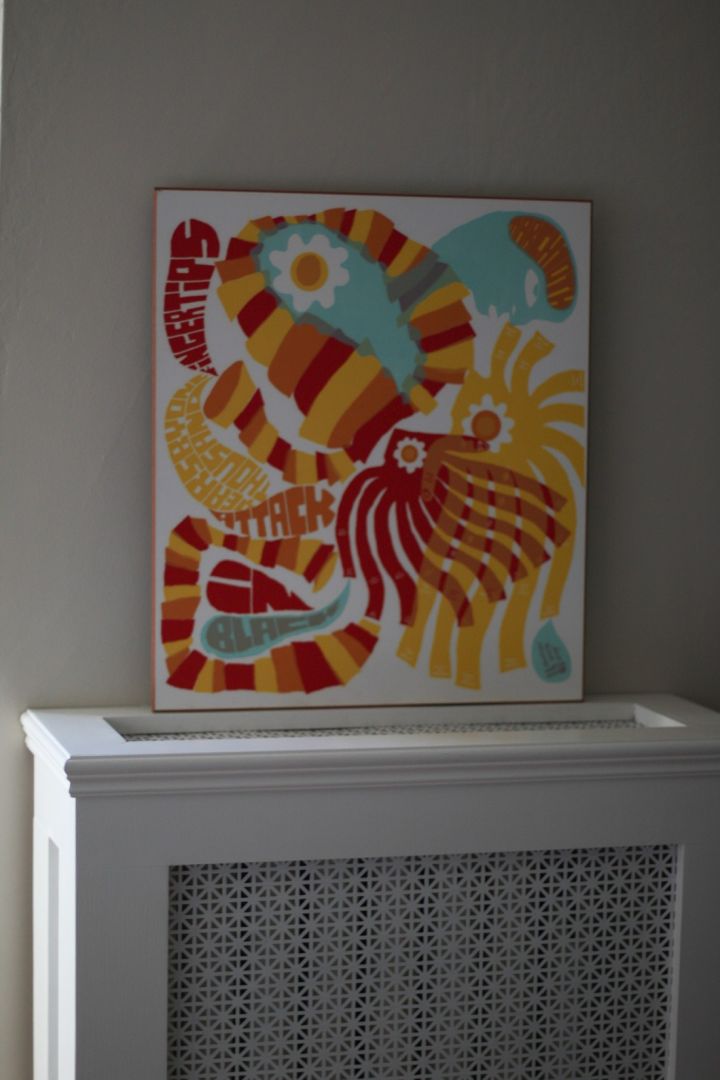 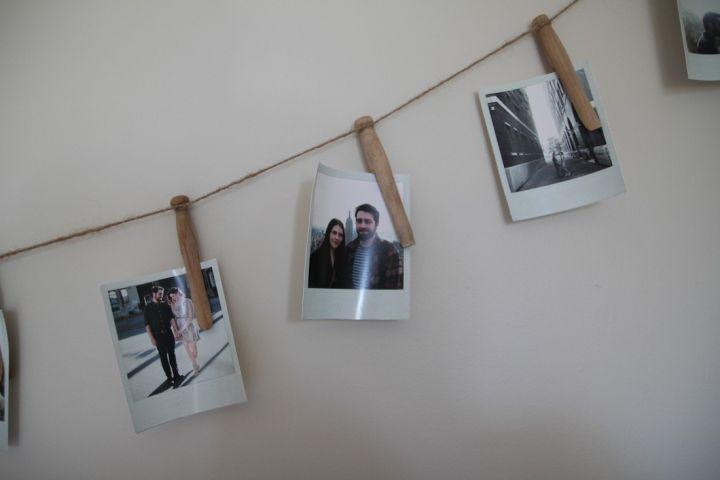 4) Photo display GM: “I like this photo setup with the clothespins because it allows us to change what photos we have out at any time we want.” 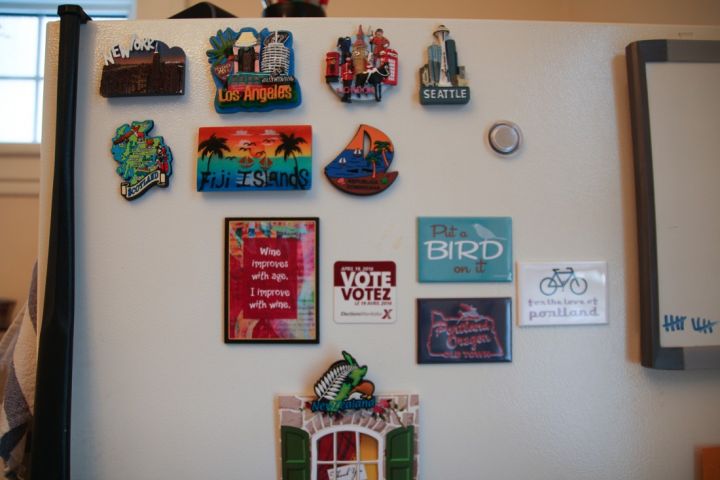 5) Fridge magnets GM: “I collect magnets everywhere I go because I’m a nerd.” 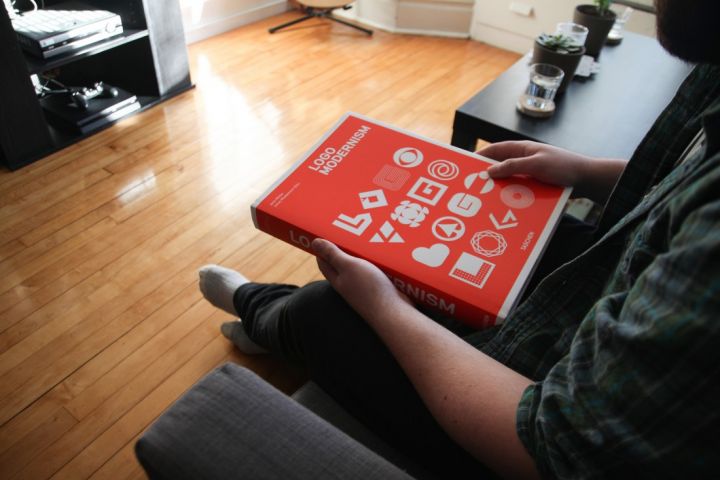 6) Logo Modernism KM: “This is one of my favourite books. There’s so much great design work and logos in here. I used up some of those Chapters Christmas gift cards on this one.”