“I am so delighted we found this place. Nothing could pry me out of here. It’s just so great to live here, even though this is kind of standard yuppie.”

Beside her trusty typewriter sits an empty bottle.

“It’s an Irish whisky called Writers’ Tears, and it’s quite … it’s quite tasty.”

“I like to write with a pencil, because you can erase the bad stuff.”

Born in West Virginia, Randolph grew up in Texas before bouncing through Georgia, Illinois, New York and California. She first crossed into the Great White North in 1970.

“I came to Toronto as part of the draft dodger era.”

Her lungs, however, couldn’t stand the smog.

“I did research: Winnipeg has the best air. You’d think Vancouver, but Vancouver gets these temperature inversions and kill off people that are weak like me.”

But it wasn’t just the air quality. It was the quality of people.

“I knew all about Winnipeg, and I’d been visiting for 10 years, visiting friends here, so I just told my late partner, ‘We’re moving.’”

Randolph mentored many a Winnipeg heavy-hitter through Mentoring Artists for Women’s Art (MAWA) including Di Brandt, Sigrid Dahl and Diana Thorneycroft. Her own work predominantly revolves around fictocriticism and slide-based free-associative performance art, though she has always maintained a psychiatric practice “part-part-time.”

Randolph’s five roommates keep her company. Two cats, Slinky and Sundin, skulk about; the latter named after long-time captain of the Toronto Maple Leafs Mats Sundin. A pair of snappy turtles in their 30s, Mermaid and Barmaid, swim separately in the bathroom for their own safety. Her mature and stocky canine protector, Missy, wheezes beside her. 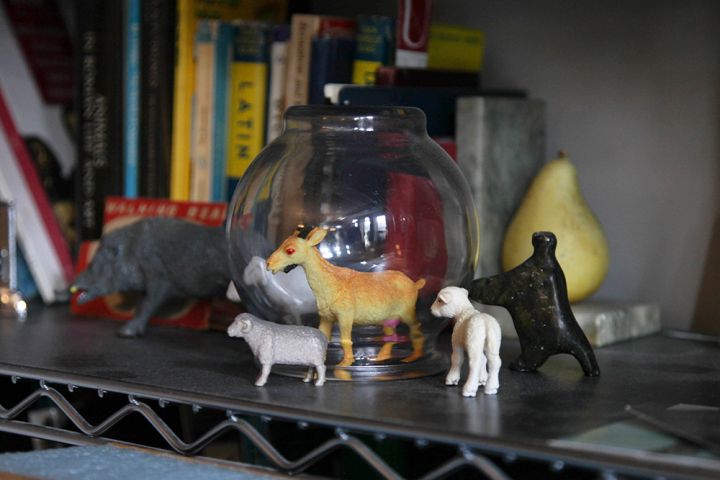 “For years and years, I’ve collected things that are unpalatable to most people, and that’s what you’ll see. The animals – aren’t they lovely?” 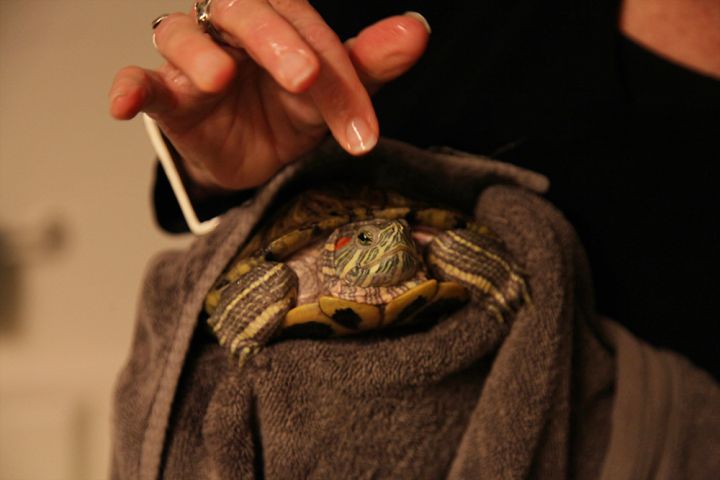 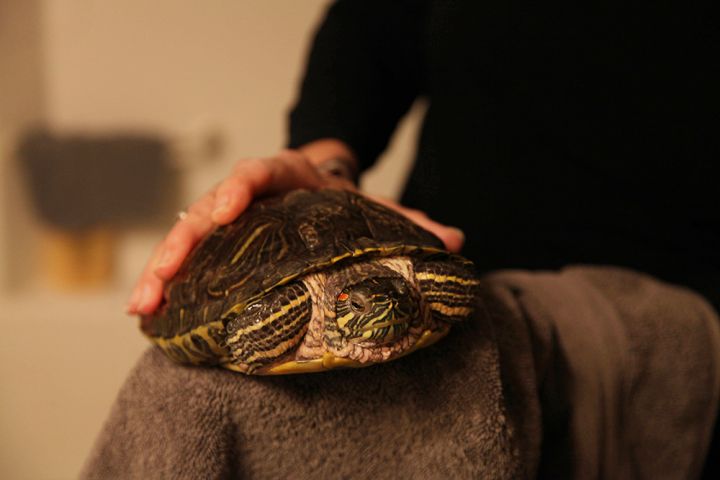 “They’ve lived together for decades, and then I came in here one day, and Barmaid had practically taken out Mermaid’s eye. And then about a year later, I put them together again, and Mermaid took out Barmaid’s eye. An eye for an eye.”

The book that keeps on giving 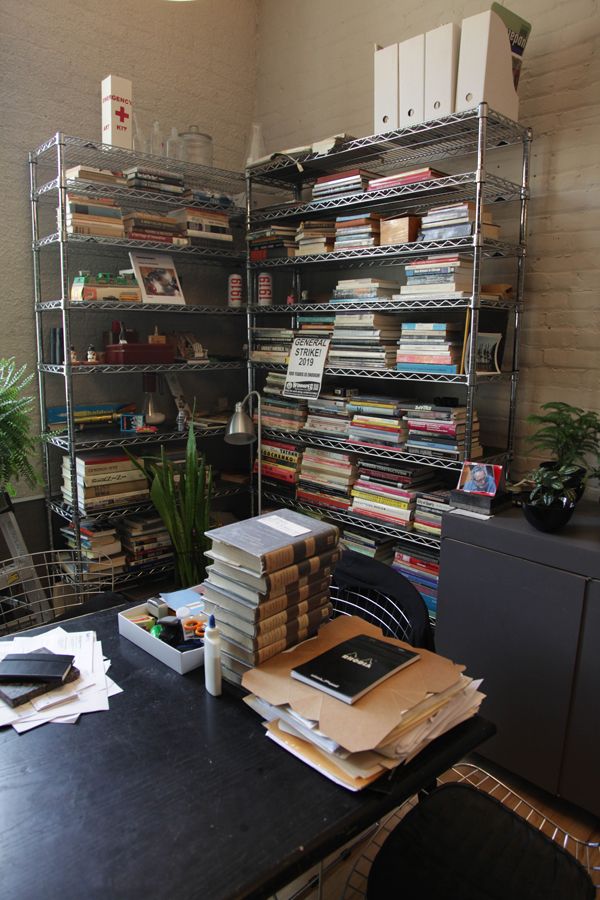 “For many years, I continued to go back to Civilization and its Discontents by Freud, and I think I’ve digested as much of that, including my critique of it, as possible. I migrate from themes to themes. There’s a lot of Wittgenstein here.” 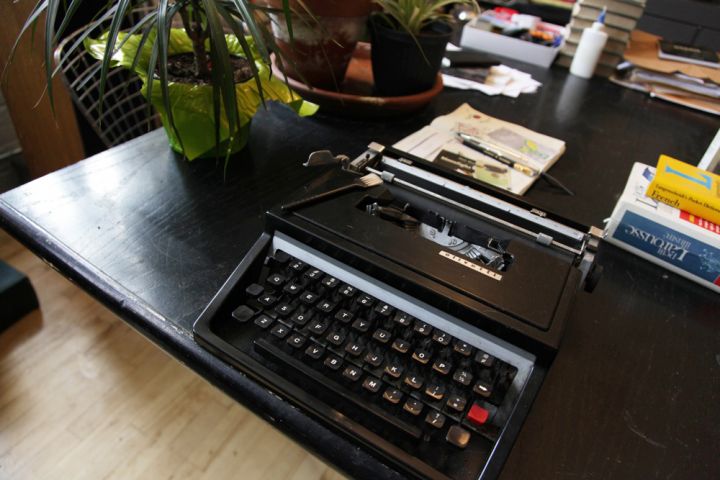 “I have to get it tuned up. The keys have gotten loose.” 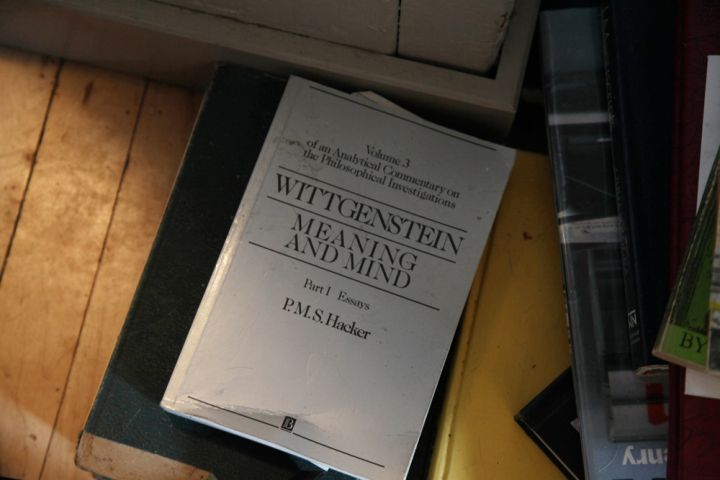 “Oh my gosh. (Wittgenstein) ruined my life when he conveyed that language does not have a clear, firm reference. Language is relative to all the people who are speaking it. They know what the assumption is, they think they know what the definition is, but they’re creating a cluster of language meaning, and it may not overlap at all with anything else.” 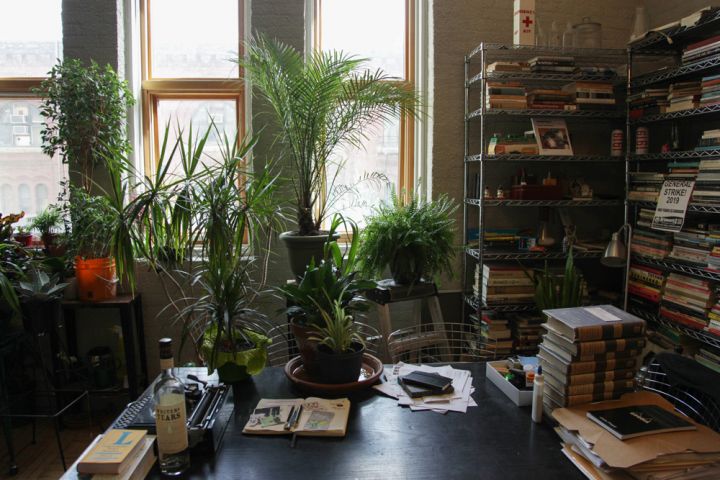 “I think they’re taking all of the benzene out of the air. I do love tending plants.”