When it comes to Winnipeg’s film industry, Ian Bawa has worked in basically every possible corner. With credits in writing, directing, production, cinematography, sound and acting, Bawa has laid the groundwork for his own eclectic projects – both personal and as part of the collective Markus Milos Ian Fabian.

“We never planned to become a group,” Bawa says of his collaborations with filmmakers Markus Henkel, Milos Mitrovic and Fabian Velasco. “We just worked together sometimes and found we (worked) well.”

That work has translated into successful festival runs for their absurdist comedic shorts The Champ and Imitations. The group has begun preliminary work on a feature, but Bawa is wary of saying much more on the topic.

“We’ve been very secretive,” he says, “not because we don’t want to tell anyone, but because we’re unsure if it will even work out. It’s a long process of going back and forth between filming and applying for grants. We haven’t told many people, we agreed not to take photos on set. We’re shooting on 16-mm. It’s very run-and-gun.”

Bawa has experience making those types of haphazard situations work. His St. Boniface home was a fixer-upper bought for “next to nothing,” which he’s since beautifully renovated.

“It used to be a rental property,” Bawa says. (The night I moved in) “the woman who runs the condos here asked to take a look inside. She said, ‘I owned this place ten years ago. They sure ran it into the ground.’ I felt so shitty. At 10 p.m., I went to Home Depot and rented a floor sander and sanded until 3 a.m. 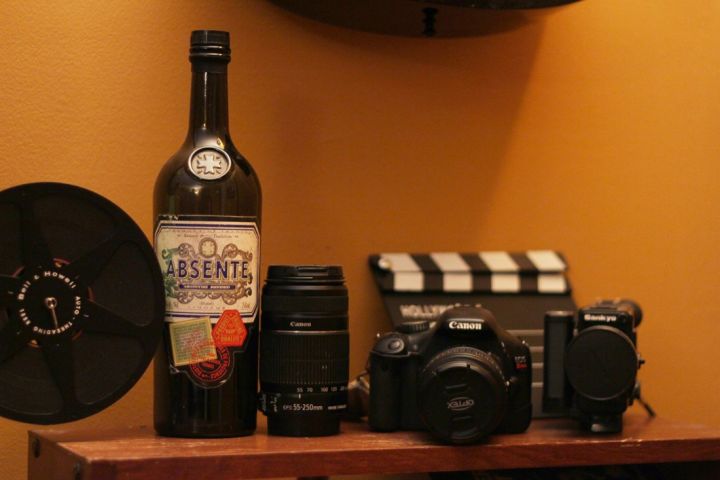 “I didn’t own a working camera for the longest time, so I bought a really cheap DSLR on eBay in case I ever need to quickly shoot something. The Super 8 camera is a vintage that does work, but I don’t know how well it works, so I’m too scared to actually use it. I have a bunch of Super 8 film, but to process it and find it doesn’t work would be very embarrassing.”

(When I was young) “my parents were away for a week. I had a bunch of friends over, including the girl who became my first girlfriend and first kiss. I bought this bottle of Absente, and I was scared my parents would find out I had a party, so I threw it in the bushes. Ten years later, I found it while doing yard work for my dad.” 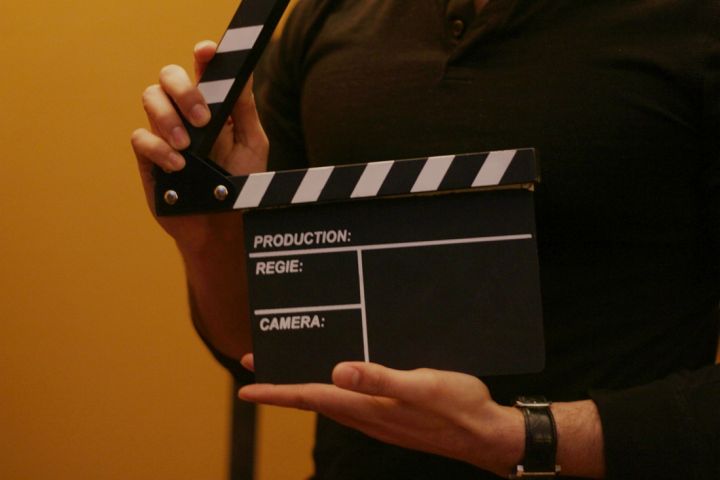 “I won (the one with the cameras) at an arcade. I’ll hold the one I actually use.” 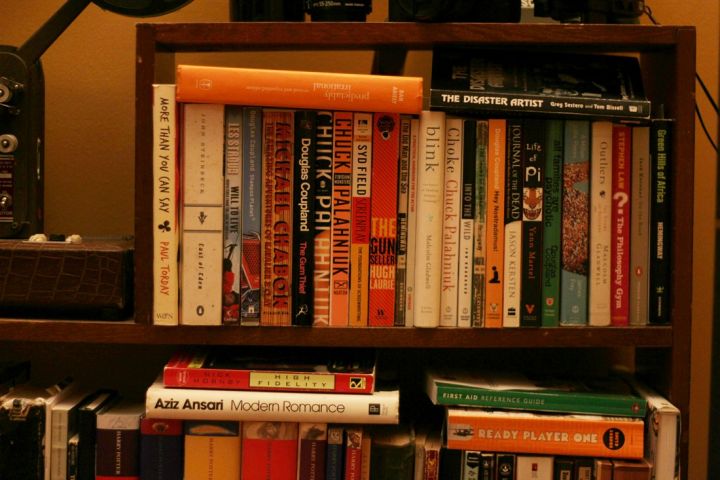 “Like a lot of millennials these days, I’m purging a lot of my stuff. I’ve been getting rid of a lot of books, and I’ve realized that my collection is 10 per cent Harry Potter at this point.” 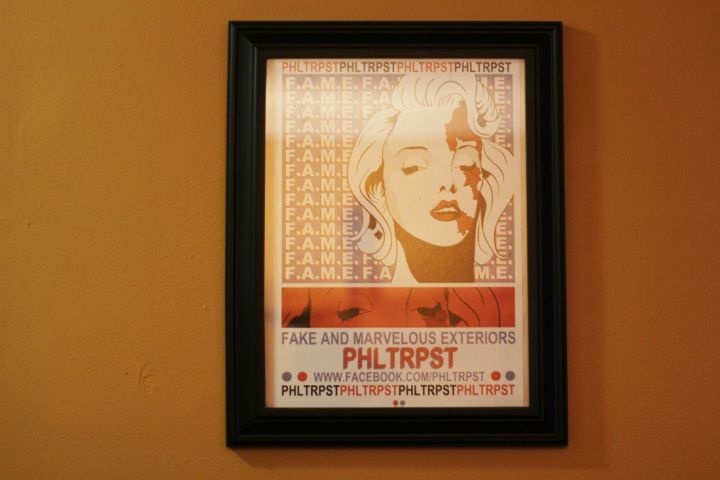 “Fabian made this a long time ago for Milos’ old band. Growing up, my dad was obsessed with Marilyn Monroe. I guess she was his childhood crush. So I just love that poster.” 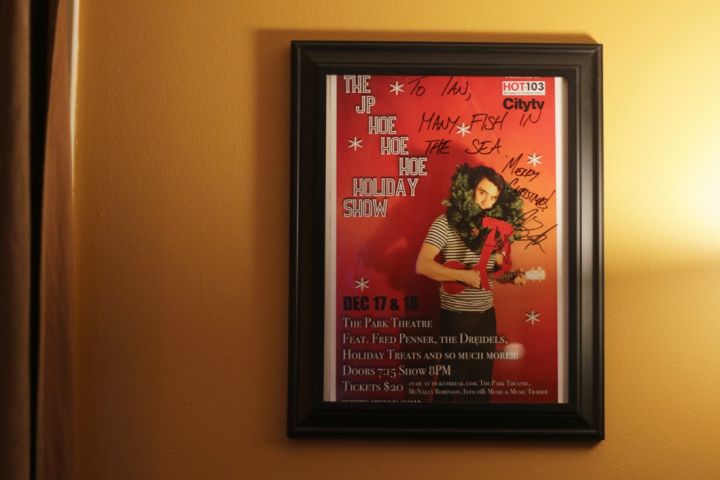 “Many years ago, I was dating someone. We were seeing many JP Hoe shows together. I bought tickets to the Holiday Show, but she was cheating on me, and we broke up. I took my sister instead. She knew I collected concert posters, so she got one and got JP to sign this for me. I thought it was just awesome. Since then, my sister and I see JP Hoe together every Christmas.”