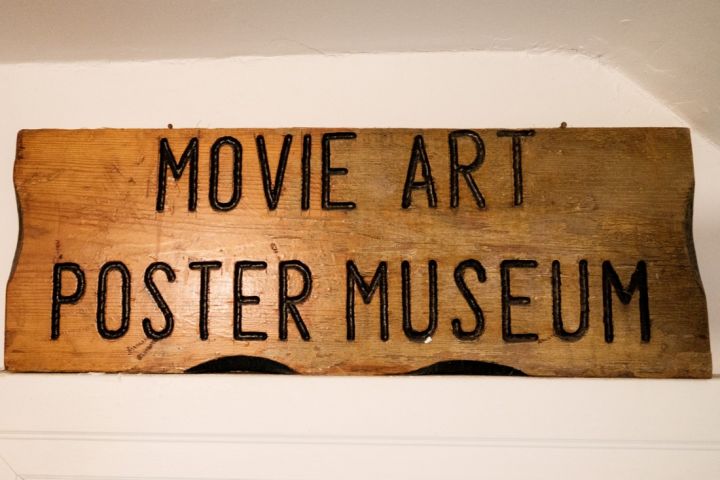 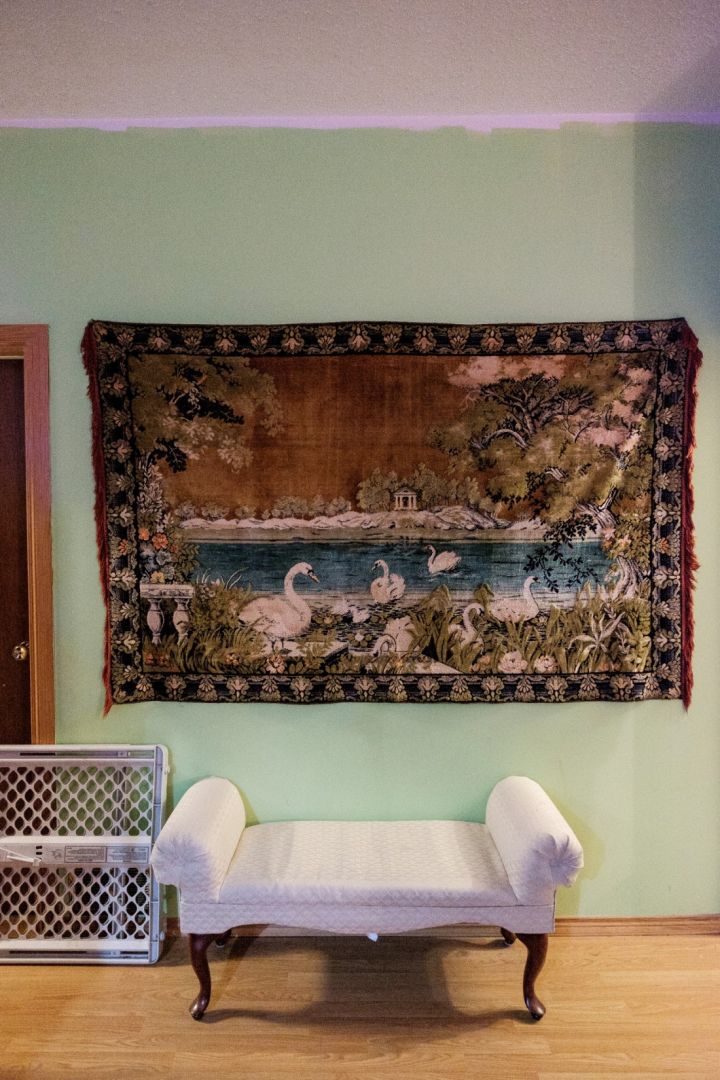 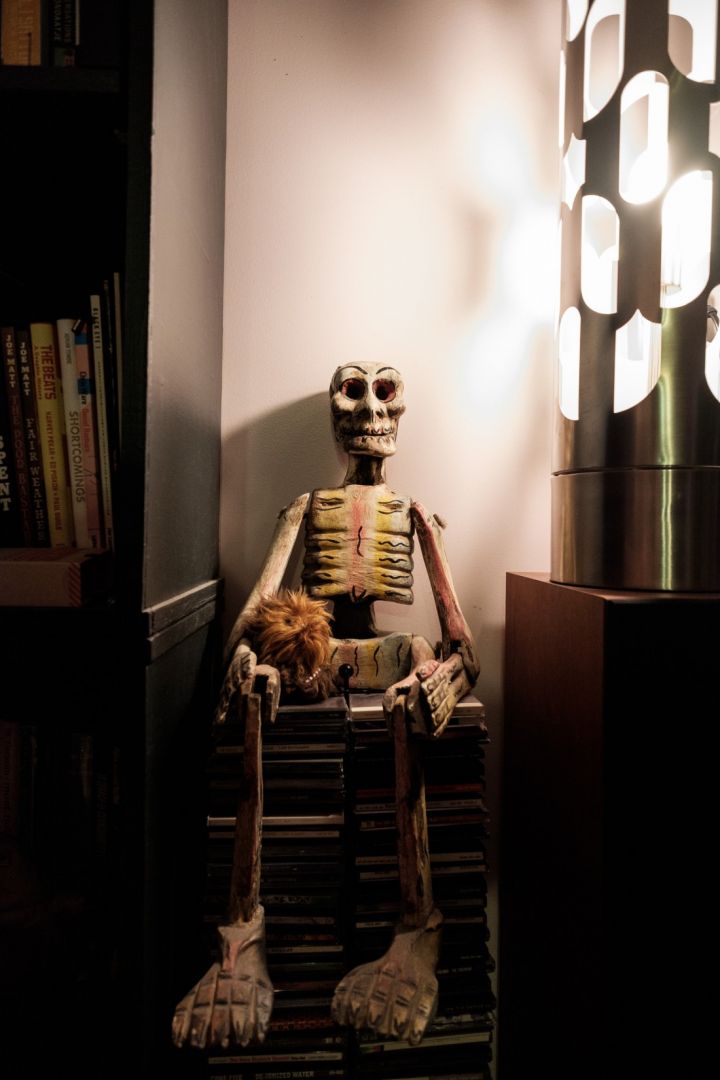 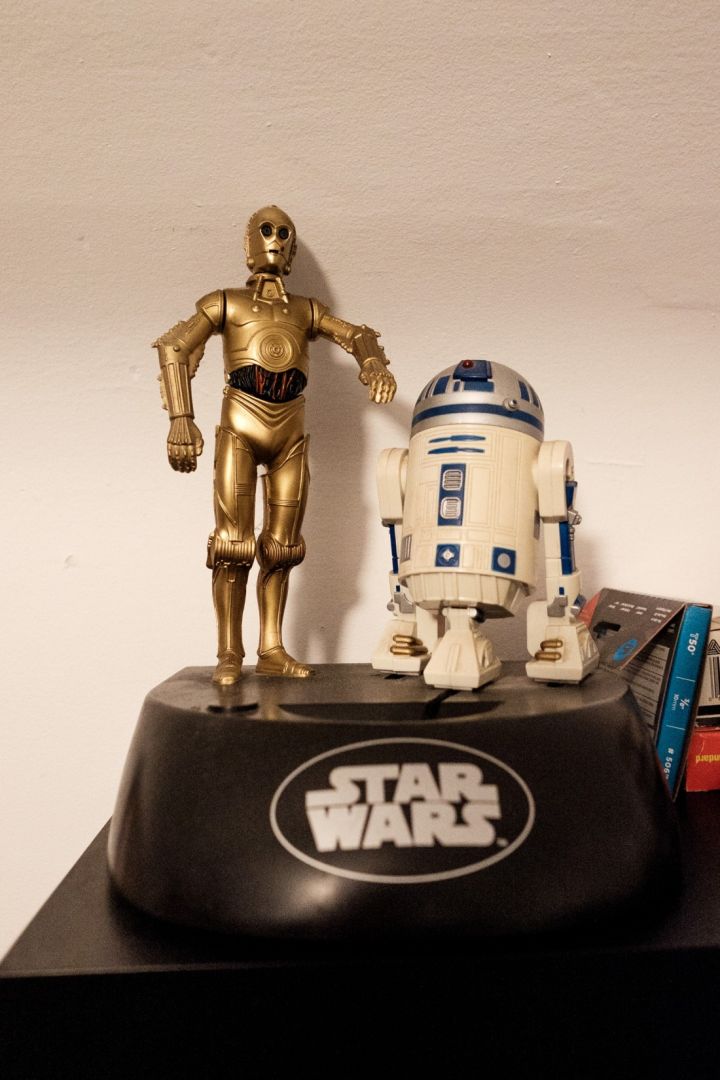 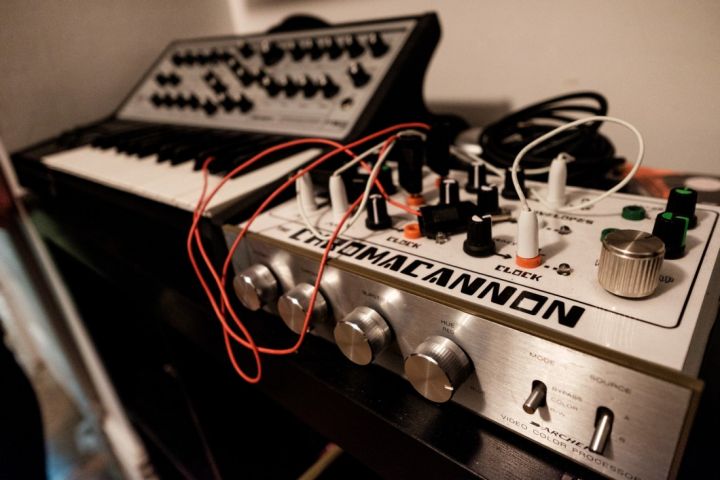 Ghost Twin are a singular force in Winnipeg music. Their combination of synthpop, heavy electronica and visual media make them one of the city’s most ambitious music or art projects. But behind the scuzzy synths and VHS weirdness are Karen and Jaimz Asmundson, who are spouses as well as bandmates.

Their West End house, which they share with their Chihuahua named Jackie, doubles as both their home and workplace.

“We each have our own studios where we work on stuff,” Jaimz says. “That was one thing we wanted to make sure we had when we bought the place.”

Karen describes their approach to decorating as “wizards on acid,” a term that could just as well apply to their music. Ghost Twin is a project the two started on a lark, but has yielded truly interesting results.

“I had this idea to do a video performance with music and movie clips to make new narratives,” Jaimz says. “I had no musical training, but I was working as a video editor so I had a sense of pacing. Karen’s a very accomplished pianist, so we thought, ‘Maybe don’t play the piano.’ We had this amazing heavy metal guitar in the basement, so we dug that out.”

Karen: “The Movie Art Poster Museum was this old man on our street who had this house full of old movie posters. It burned down and we found the sign in a pile of char on the boulevard.”

Jaimz: “It was wrapped in old celluloid. I tried to get ahold of him to give it back, but never could. He must have had a million dollars worth of old memorabilia there. Giant old posters from the Metropolitan and stuff like that.”

Karen: “This was Jaimz’s grandmother’s. For my last album cover, this was the background.”

Jaimz: “My dad bought this for me in Mexico. He always hangs out on top of the CDs. He’s a friendly presence. He just hangs out with Chewbacca.”

Karen: “R2D2 pushes the coins into a little slot.”

Jaimz: “I didn’t really know anything about synths [before Ghost Twin]. I just started playing with them.”

Karen: “You have a knack for technology, though. You knew all about the Internet in the early ’90s.”